Doctor Who is a show that has always been flanked by controversy of one kind or another.

It’s that typical divisiveness, the utter separation between views of what the show should be, that’s come to be a fact of the discourse around it in recent years.

That makes Season 10 all the more of an anomaly for the Moffat era, as it seems to be impressively, curiously, well-liked. Three episodes in, and something seems to be clicking with the wider audience in a way that hasn’t been matched in years.

There’s a lot of reasons that may be, and some of them are complex and subjective. But it’s safe to say that if you’re looking for a reason why Doctor Who has begun to unite audiences again, then ‘Thin Ice’ would be a good start.

On the face of it, it’s a relatively standard historical romp. There’s elements of older episodes to be found everywhere, from ‘The Unquiet Dead’ to ‘The Beast Below’. In the Capaldi era, it’s these kinds of light-hearted period stories that end up being polarising.

Yet ‘Thin Ice’ (ahem) is deeper, and richer, than that reductive summary. While it might adhere to a well-worn formula that brings in some very familiar flaws by default, there’s a vitality and thoughtfulness to the episode that lifts it above the pack. It’s the rare episode that gets stronger when you think about it more. 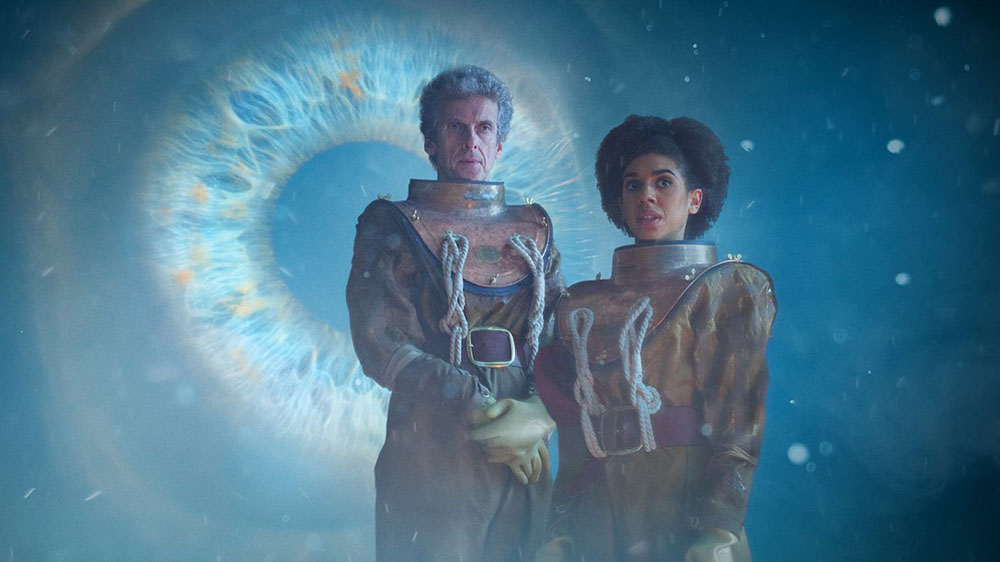 Part of the reason why ‘Thin Ice’ works well is that it carefully and deliberately builds upon the developments of the past two episodes where it would be so easy for it to sink into default mode and act as if this is any old mid-run episode (as past seasons have done).

Season 10 has been built upon a new kind of Doctor-companion relationship, and after the satisfying introduction and development of ‘The Pilot’ and ‘Smile, ‘Thin Ice’ is the one where Bill and the Doctor’s relationship starts to carve out its own unique niche in the canon.

Bill’s viewpoint of the Doctor has been coloured by an absolute admiration in past episodes as she’s marvelled at the heroism of this strange, contradictory alien, so it’s a potent change of pace in ‘Thin Ice’ when that viewpoint changes drastically. It changes in a way that defines Bill perfectly – in response to the kind of tragic, one-of-many accident that Doctor Who racks up by the dozen every week.

Many past companions would shake that off and move on, but Bill digs in her heels and finally begins to speak back to the ultimate authority figure. That’s Bill as we know her – empathetic to a fault, paradoxically savvy and naïve at the same time – but thrust into a new situation where those aspects of her character become more immediately compelling, as they’re used automatically to draw our sympathies towards her against the Doctor.

It’s a smart, interesting use of the oft-talked about notion that a companion should be the real protagonist of Doctor Who, wherein we’re seeing a common conflict about the value of life play out through a new set of eyes who can’t even comprehend the way in which that conflict could become a normal occurrence.

We might be inclined to side with the Doctor in this situation, purely because we know him better, but instead, it’s hard not to see Bill as the most reasonable and human in the situation. She reacts how we’d like to think we’d react – with total empathy, and in doing so becomes the main character for just a moment. 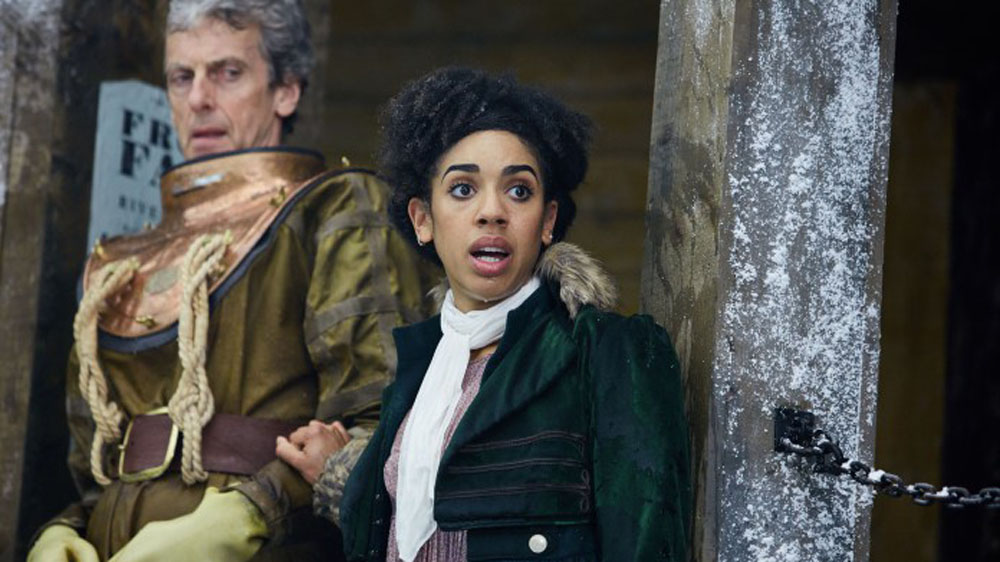 All of that requires two things. It needs a convincing enough performance to sell the authenticity and rawness of that emotion in a way the viewer is immediately drawn to above the Doctor’s. In Pearl Mackie, ‘Thin Ice’ has just that.

Mackie has barely missed a beat in her rapid-fire introduction to Doctor Who, but she delivers what is comfortably her best performance here because there’s time to delve into the nuances and specificities of her emotion in response to a situation that unfolded slowly.

Free from the cookie-cutter of the companion introduction, Mackie is delivering a genuinely original kind of performance that’s defined by unbridled emotion of all kinds, from simmering rage at the Doctor to delight at the various attractions of the Frost Fair, and it’s fantastic to watch.

Against all that, the Doctor could seem aloof and alien, and to some extent he is. This is the episode that really zooms in on the conflict between the human perspective and the alien perspective that Season 10 has been toying with throughout, and in doing so, it exposes both the shortcomings and brilliant surprises of the Doctor.

For the first time this season, he seems ill-equipped to rectify the situation, and the callousness and distance from human affairs that defined him all the way back in 2014’s season seems just below the surface in Peter Capaldi’s performance. Yet there’s also a renewed focus on the way that alien perspective can bring wisdom and surprising compassion, with his speech to Sutcliffe about the value of a life being a case in point. 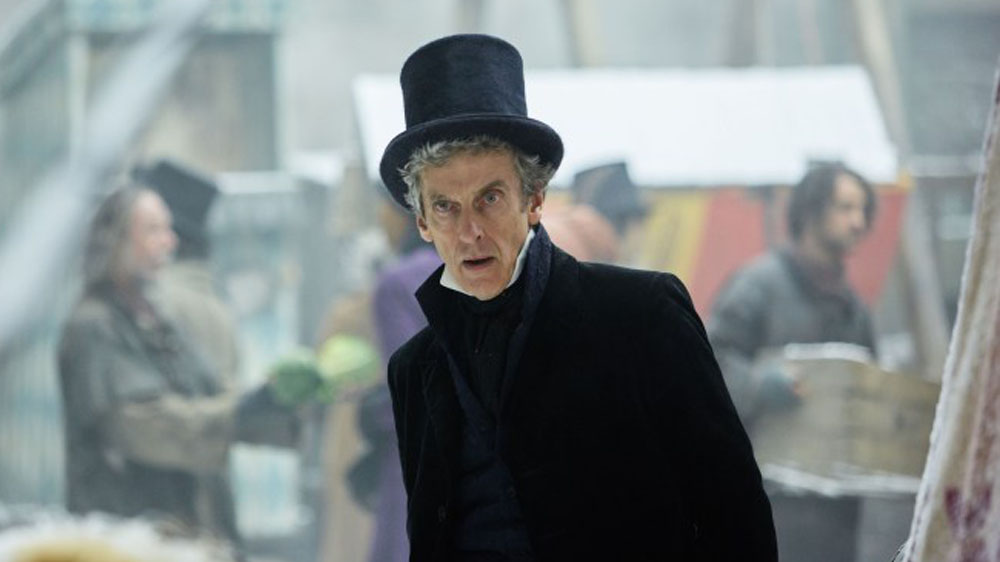 In many ways, the value of a life is the key theme here, with Bill’s open-hearted desire to save everybody and feel every loss contrasted with the Doctor’s elevated perspective that allows him to see the grander view of what life can mean.

But instead of that elevation distancing him, the Doctor uses it to gain an appreciation of life that’s just as powerful as Bill’s, no matter how he tries to hide it – and that story that ‘Thin Ice’ delivers is an apt a summary of the character as you’ll ever find.

I’ll eventually run out of superlatives for Peter Capaldi, but before then, it’s worth celebrating the way in which Capaldi can nimbly navigate the small, nuanced emotions of a complex situation such as his conflict with Bill, where his emotions range far beyond what’s on the surface while bringing emphatic power to the big moments like his eloquent speech.

What unites ‘Smile’ and ‘The Pilot’ with ‘Thin Ice’ is that, once you zoom out from the Doctor and Bill, the episode has less to offer. The story of the week is solid enough – the captive creature provides a good catalyst for Bill to demonstrate her humanity by making her first real choice to save lives, while Sutcliffe, although one-dimensional, is a fitting incarnation of the greed and inhumanity of the day, right down to the kneejerk racism. 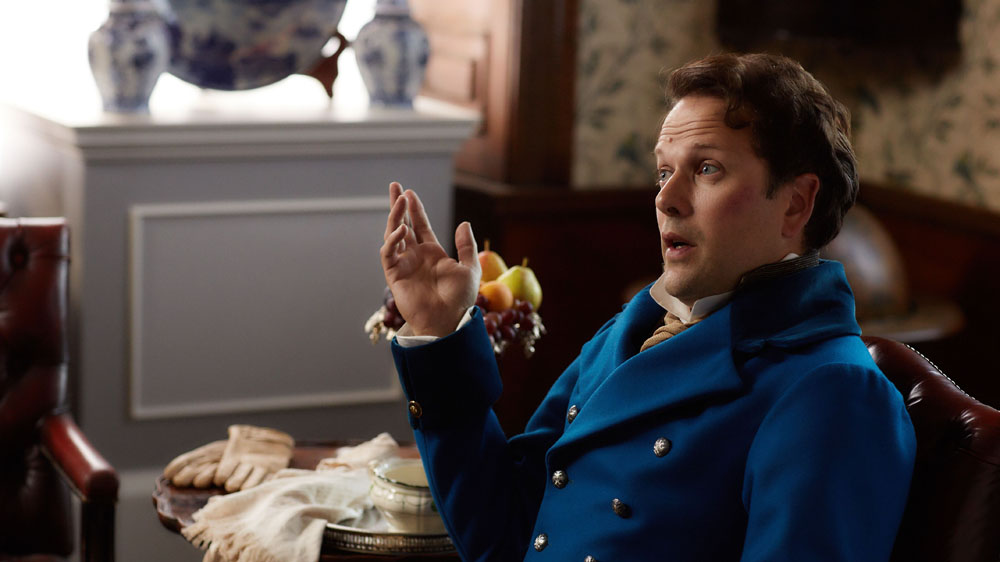 The problem is simpler – ‘Thin Ice’ stakes so many of its chips on character development that it doesn’t have time to offer anything else truly new or insightful. Everything aside from the character work is a good but unoriginal patchwork of past episodes, and none of the twists in the plotline register as a full surprise.

Season 10 has excelled at returning to the Doctor/companion dynamic as a central part of the show, but it’s become a little more derivative elsewhere as a consequence. Here’s hoping more original premises begin to crop up as the season settles in for the long haul.

Ultimately, ‘Thin Ice’ is a very good episode in a run that’s established an admirably consistent standard thus far. In fact, I’d say this is a notch better than the first two, even if it’s too derivative to qualify as a classic.

It’s clear from the compelling themes and character development that Sarah Dollard, returning after the excellent ‘Face the Raven’, has a knack for the nuts and bolts of a satisfying standalone episode of Doctor Who. Dollard also demonstrates an ear for a dialogue that very few other writers can match.

That skill is a particularly good fit for Bill’s characterisation this early on, because Bill is a character who says what people would genuinely say in a given situation. Other writers might have been tempted to overdo it, but Dollard shows restraint in a nuanced interpretation of Bill’s everyday relatability that mines her grounded perspective for humour and pathos alike. 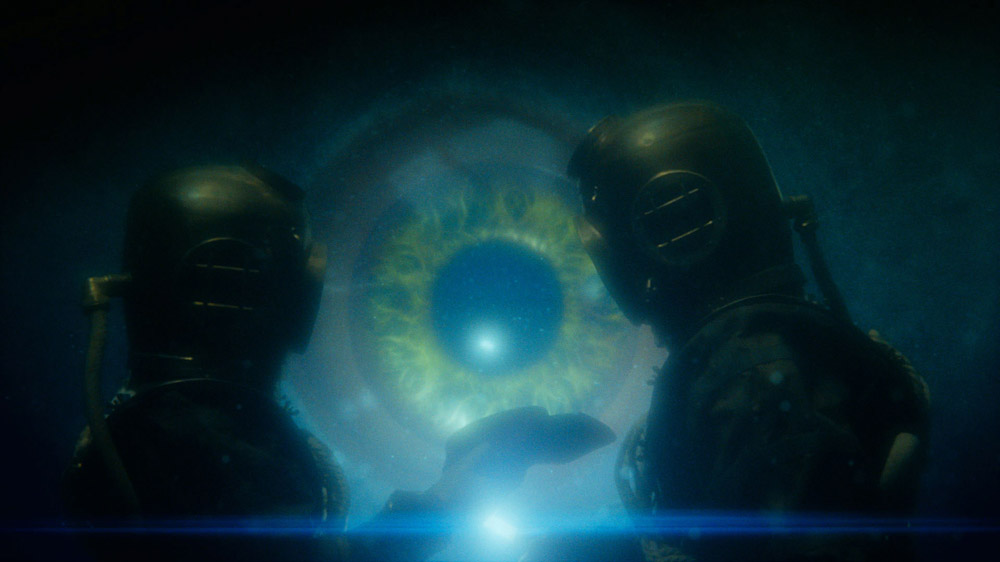 Three for three, then, in a season where everything seems to be slotting into place. The Doctor and Bill have saved the world a couple of times, and they made it back in time for tea (with some coffee, to give it flavour). For them, it’s all going fine.

I’m assuming the insistent banging on the door of the Doctor’s vault means nothing, of course. Nothing bad at all…

What did you think of ‘Thin Ice’? Let us know below…