Doctor Who’s been good so far, hasn’t it?

Ha-ha-haaaa. That was the laughter of relief that so far there hasn’t been a dud episode in Peter Capaldi’s swansong season. Good thing too – the man deserves a strong send-off. There’s been nothing mind-blowing, but at this rate, you don’t want to be the writer who delivers the first dud of this year’s run. If I had an episode in the back half of the season I’d be starting to sweat a little (not that anyone needs to – they all look/sound good).

But good news! Season 10’s streak of quality continues with Mike Bartlett’s ‘Knock Knock’, which once again is a simple sci-fi story told well. That it comes after the excellent ‘Thin Ice’ means it may be judged by the harshness of heightened expectation, but taken on its own it’s another fine addition to the Twelfth Doctor era.

Bill and her five irritating student chums (I wouldn’t be surprised if one was the type to take a guitar to house parties) are looking for somewhere cheap to live their rather restrained student lives – where’s the lager at? – and a mysterious Landlord (David Suchet) has just the place for them: a lovely large old property with a CGI tower attached.

It’s a fairly contained, very straightforward episode, one that can best be described as Scooby-Doo meets Hammer Horror.

If you were looking for a Doctor Who episode similar in tone it would be ‘Hide’, but this goes in a very different direction. Bill, The Doctor (or ‘Grandfather’), and her student mates wandering around a creepy creaky house as lightning crashes, thunder rumbles, and the horror cliches leap out at you one after the other. Nothing frightening for adults, one or two scares for the kids.

By now you’ll probably have heard that a special binaural edition of ‘Knock Knock’ will be available on iPlayer, putting you at the heart of all the knocking, creaking and scratching. That sounds like a terrific idea. Watching ‘Knock Knock’ for the first time, sealed away with headphones, watching in a dark room, would certainly heighten the scares. I’d certainly recommend it. I won’t do it, as I’m a scaredy cat.

Appearing silently and suddenly like a wraith, David Suchet is quite terrific as The Landlord, in a part that could, in less capable hands, have become incredibly hammy or incredibly dull. But has Suchet ever not been terrific in anything? I once stood behind him at a cashpoint and was impressed by his performance as ‘Man taking out money’. Sorry to brag about my claim to fame there. I’m sure you’re well jealous.

Without wanting to give too much away about his role, there’s both kindliness and menace in his performance. A soft voice can suddenly becomes steel-sharp and just as hard; a gleam in the eye vanishes as the eyebrows snap down. He really does elevate the character to something memorable. In a parallel world, Suchet could have easily played The Doctor or The Master. But we’re in the Poirot timeline and I’m a-okay with that. It’s a pleasure to see him here. 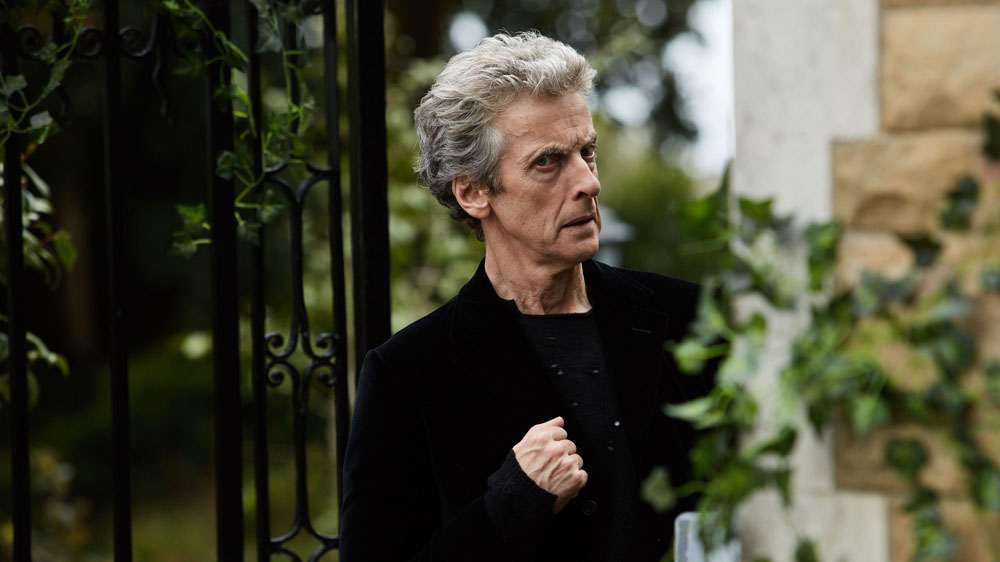 If there’s a weakness to ‘Knock Knock’, beyond the annoying students, it’s that it separates Bill and The Doctor for just a little too long, and in doing so shows how vital their chemistry is in propelling the show. Splitting them up removes the kind of that energy that made ‘Thin Ice’ so wonderful. Paired with others they’re still good, but it’s in their moments together that things shine. It’s another reminder of how much of a shame it is that we won’t get a second run of them.

Like ‘Smile’, ‘Knock Knock’ ‘isn’t going to be an episode of Doctor Who that will blow the doors off, but it is another great addition to a strong season. As good Saturday night entertainment goes, you can’t knock it.

Oh, and speaking of knocking and doors, this week’s hint at the contents of the Vault is a doozy…

Are you looking forward to ‘Knock Knock’? Let us know below…