The Abbey is bustling with preparations for its first ever public tour.

Lady Mary has decided – much to the consternation of Lord Grantham and Mr. Carson – to sell tickets to raise money for the hospital. Thank goodness Bertie Pelham looks in on Lady Edith and gives the hapless family some much-needed direction on how to organize the affair. 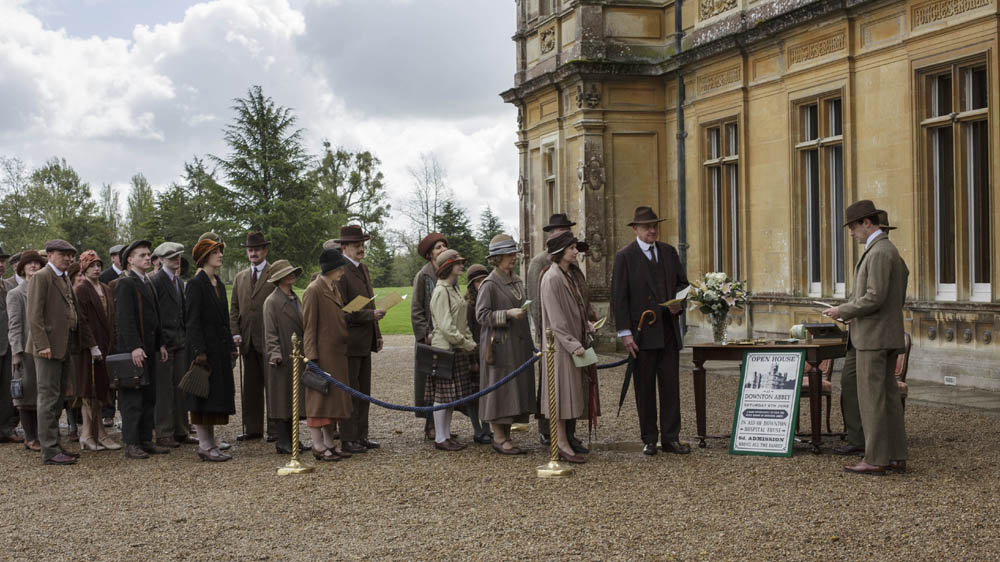 The staff is stationed in each of the featured rooms to “stop them slipping the odd first edition into their back pocket,” as Mr. Carson puts it. Cora, Lady Mary, and Lady Edith act as tour guides and soon find that they don’t know as much about their privileged surroundings as the discernable strangers that come to take the tour.

All is not smooth sailing, however, as the Dowager Countess storms into the Abbey to confront Cora – in front of her tour group – about the hospital board’s decision to approve the merger and appoint Cora as President, replacing the DC.

The DC then barges into Lord Grantham’s bedroom to berate him about this turn of events. As she stalks out of his room, Lord G has a comical exchange with a little boy who has wandered away from the tour. When the boy – more philosopher than thief – asks why the DC is in such a tizzy, Lord G responds, “You know mothers. They get terribly wrought up about things.” 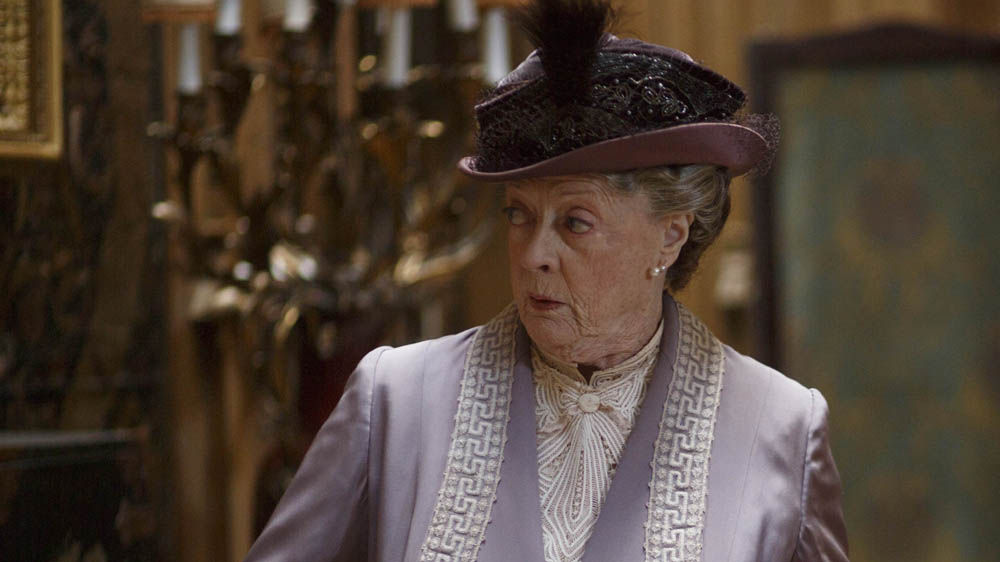 Mr. Carson continues to pick at Mrs. Hughes over her cooking and housekeeping skills. She’s holding her tongue, but we have a feeling he’ll receive a proper smack down before the season is over. “We always knew he was old to be trained as a husband,” Mrs. Patmore observes.

Mr. Mason presses his gentle pursuit of Mrs. Patmore and Daisy grows increasingly jealous of the situation. Daisy should concentrate on her exams and let them find happiness. Meanwhile, Mr. Dawes has noted Mr. Molesley’s enthusiasm for education and may enlist his help at the school. Mr. Molesley must first pass a test of his own. We’re rooting for you, Mr. Molesley.

Lady Mary whisks Anna to London so Anna can see the doctor and she can see Henry Talbot. Talbot finally kisses her and confesses that he’s falling for her. Is her head turning in his direction? We’ve got two more episodes to find out. 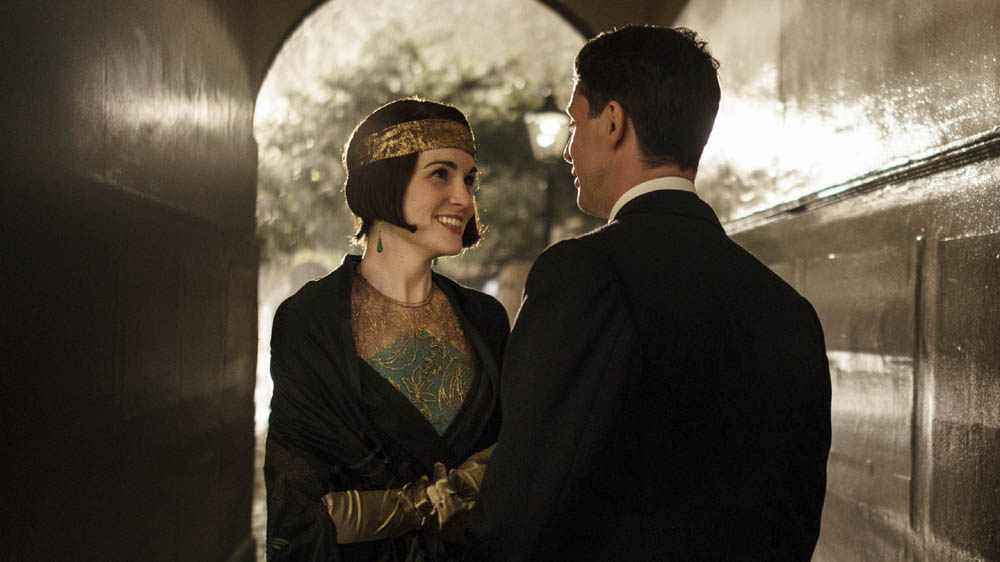 Lord Merton hovers over Isobel and has enlisted an ally in Miss Cruickshank – the fiancé of his odious son Larry. She’s determined to convince Isobel that Larry is not opposed to the union of his father and Isobel. If Dr. Clarkson wants a chance at the fair lady, he’d better get busy.

Mr. Barrow remains in the cross hairs of Mr. Carson and Lord G. They both feel that the Abbey doesn’t require an under butler. Mrs. Patmore and Mr. Carson have seen Barrow and Andrew put their heads together and have drawn the wrong conclusion.

The episode ends with a heartbreaking scene of Mr. Barrow in tears over the fact that Mr. Carson doesn’t trust him, after all his years of faithful service. Lady Mary, however, has taken note of Barrow’s genuine fondness for the children and that may prove his salvation. We hope so.