Apple co-founder Steve Wozniak was in the news earlier this week, with his prediction that in the future robots would, rather than kill us with the laser eyes and chainsaw hands, keep us as pets, because we’d be so helpless and adorable.

Not as adorable as little Sophie ‘Potato’ Hawkins mind you. But does he have a point?

Well, Dr Millican (William Hurt) certainly is kept on a tight least by his NHS Synth Vera; fed, medicated, made to exercise. Everything a spaniel might expect. Under such tight controls he’s practically a pet to state healthcare, kept alive not because he’s adorable but because on some Trust’s balance sheet somewhere his survival will be a data point that proves the NHS made a sound investment by purchasing half a million Synths to act as prescription Terminators.

Millican’s tale remains the most interesting and moving: an allegory for the perceived obsolescence that comes with age (both in gadgets and humans). Odi and George are just trying to evade their respective scrapheaps. Well, Odi would if he knew what was going on. Will Tudor does a magnificent job of playing something so broken but loveable. It’s far different to Gemma Chan’s much-praised silky Synth work, but no less accomplished. 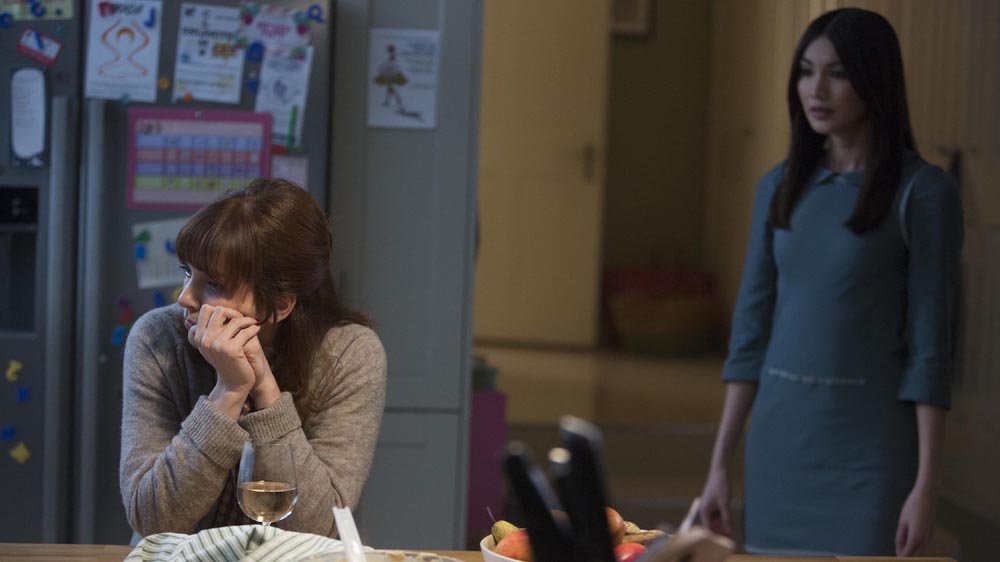 Speaking of Anita, she’s in the wars this week. When she’s not being knocked down by a van or being hacked, she’s helpfully jamming toothpicks in her eye (AAAAAAH!) to prove to Laura that she’s not been modded.

Although none of that interferes with her main job of making Laura look like the world’s worst mother. She bakes better, reads better bedtime stories, the kids love her. But it’s all laid on a bit thick now, especially as Laura should be seen as more than just an autopilot mother, performing chores to keep everyone happy.

You also wonder why her husband isn’t worried too. Surely dad is just as obsolete as mum; maybe more so? Or maybe he’s just too laid-back and blokey to care. Tom Goodman-Hill’s character feels under-written, only there to tell his wife to ‘Stop acting crazy’. His scene examining Anita for damage and feeling distinct discomfort is a step toward something we can actually engage with. 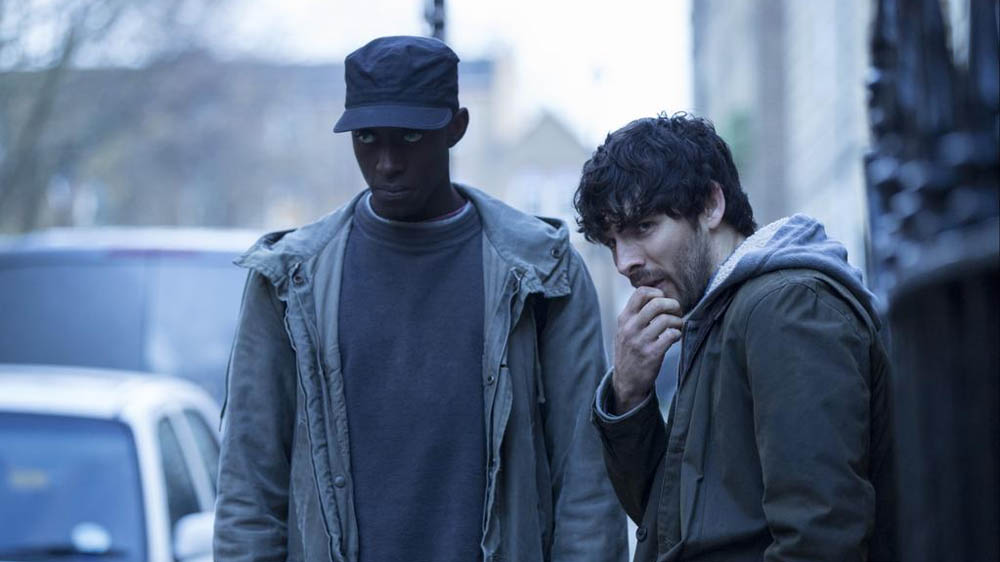 Niska is on the run from the brothel, the police, and even Leo and Max. You’d have thought we’d see more of Colin Morgan this week after last Sunday’s surprise revelation, but the world of Humans isn’t one where answers are readily available to stream, but instead downloaded at dial-up pace.

Who cares though? This is such a richly-drawn world and its characters are (for the most part) interesting. It’s a pleasure to sit and watch it unfold in front of you. There’s still 5 episodes left to unzip the Secrets.doc folder. No rush.

Niska’s reading a copy of Arthur Koestler’s ‘The Ghost in the Machine’ (let’s you and me meet back at the end of this parenthesis after we’ve gone and Wikipedia’d it), which is about the mind being whole and a part of something bigger. But you knew that already, ‘wink’.

Profoundly philosophical stuff, but there’s no time to light the Gauloises and ponder how Carthesian dualism will be applied to a show about sexy robots. Up slithers some perky City twerp to hit on her and take her back to his home, complete with knife block. 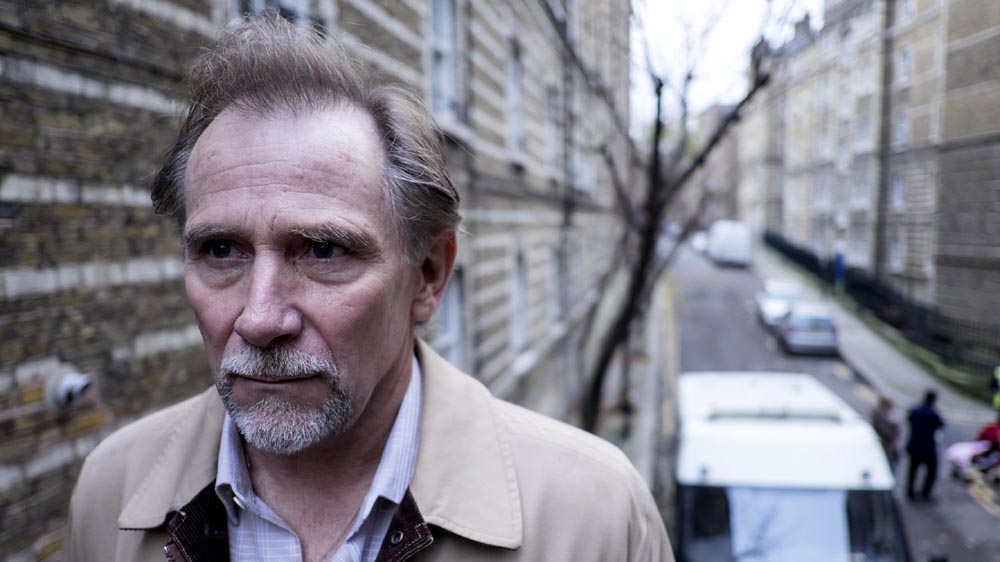 Ahh the knife-block. It’s Chekhov’s Gun but, y’know, with pointy things. Once you see it you know something sharp will be sliding from it. It looks certain Niska’s going to kill another man who wants her for her body than her Singularity-heralding brain, and you’re just waiting for tension and torso to be cut. That is until she sees the pictures of his daughter, and some kindness is activated in her. It seems, like Anita/Mia, she has a soft-spot for the ickle versions of us.

Which makes sense. The one thing our Singularity Synths can’t do is have children. Perhaps Steve Wozniak was half right. In the future we’ll just be forced to ceaselessly breed, all so our android overlords and overladies will have something helpless and adorable to read a bedtime story to. Goodnight.