Smart, glossy, engaging (and that’s just the cast), Humans is great drama, but there are a lot of questions still to be answered, and Episode 5 isn’t shy about asking a few more.

So this review may be bit question-mark heavy, if that’s alright? See, I’ve started already.

The most nagging question might be ‘What is Leo?’ We’re soldering the pieces of Merlin star Colin Morgan’s character together, albeit agonisingly slowly. He’s far too complicated to be a human consciousness loaded into a Synth body, but equally he’s not quite as simple as a cyborg corpse chock full of servos and software. He’s a galvanic Pinocchio with a shelf-life, as his Jiminy Cricket conscience and companion, Synth Max, mentions that he wants a photo to remember him when he dies again.

Whatever he is, Colin Morgan puts in an attractive performance in every way as a jittery, wounded soul, chained by a life of cables and wires. You share in his frustration as he finds he can’t pull Mia’s software out of Anita. 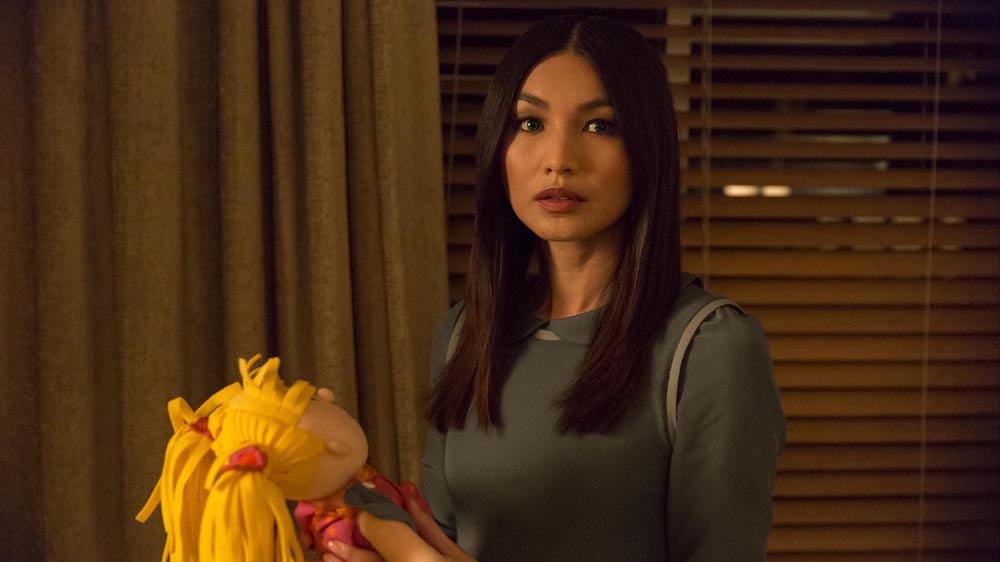 Is Mia really lost? And is Anita soon to be recycled (it’s always referred to with such portent; will we get to see a recycling before the season ends?)? We can’t imagine that Laura will want to have the android that her husband cheated on her with folding her knickers and making toast for her and the kids.

Katherine Parkinson plays revulsion really well – it’s all in that swallowed-choke thing she does, it’s brilliant – in the wonderfully suburban moment when husband Joe comes clean about doing the dirty with the downloading domestic. If EastEnders is still going in the 23rd century, they’ll probably have scenes like that one.

Another question: is ‘Stick it up yer bollocks!’ the best insult you’ll hear this week? Very likely. Neil Maskell is the bloke you’d like to be if you hated ‘Dollys’: down to earth, smart, cynical. A man built of imperfections, but at least he enjoys a bag of chips. 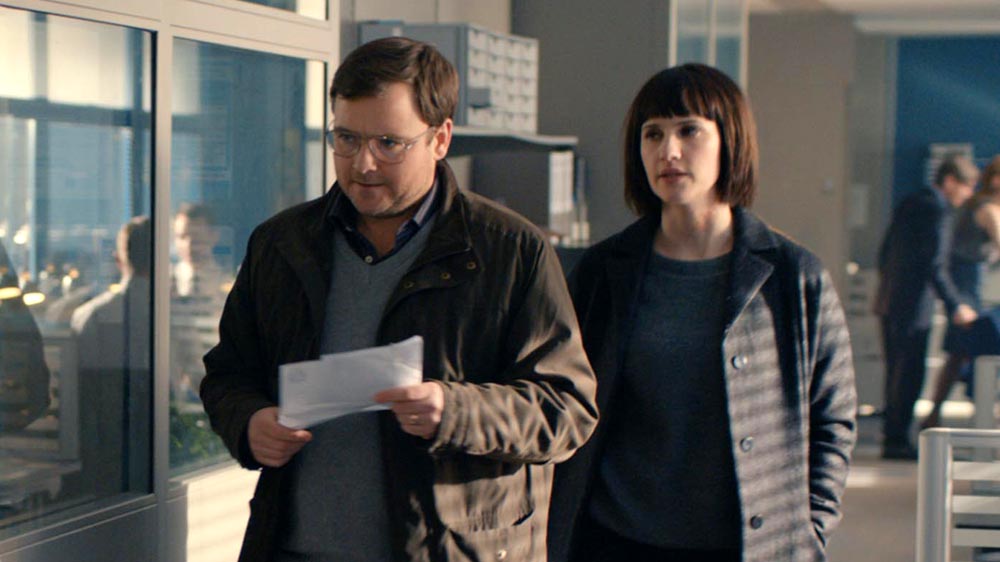 We sympathise with him through every breath drawn through the teeth, every tensed fist, every sentence unfinished by anger. His is a story of relationship breakdown in a smoothed-out 21st century: his partner Jill has thrown him out and lives with the tin man, and he’s expected to pay for that. No wonder he finds himself at an anti-Synth rally.

‘What’s the point in anything when Synths are around?’ asks the WAP speaker. Good point, sir. Why bother to make kids and raise them, especially when, as daddy Joe has proven, it’s easier to communicate with a motherboard than the mother of your kids. Except it’s not a Synth’s fault if we don’t make the effort to romance, to build bonds, to look after others. That’s just humans being typically lazy. It’s our desire for a simple life that’ll be our undoing. 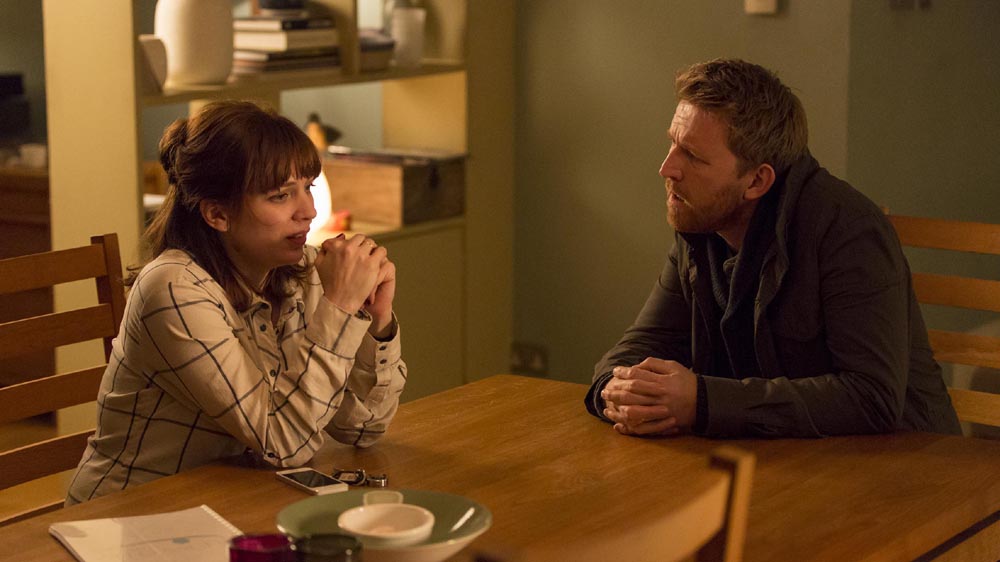 If there is a threat from Synths then it’ll come from Niska. Although really, is she a problem? An independent woman who can use a nail gun as a weapon one moment, then discuss Nietszche the next? That sounds like one of the better Tinder bios. Be still, my beating heart.

I could watch Emily Berrington’s icicle-sharp Niska riposting with William Hurt’s worn-out old doctor for a full hour, so natural are they both at presenting the given dialogue.

Their conversations had about them the intellectual tension that rises every time in fiction when a creature and creator come into contact, with the added bonus of Dr Millican dealing out important backstory with a sigh like some kind of Robo-Wan Kenobi. And with that all came more future plot threads, and no doubt more future questions.

But until then there’s only time for one more question, I promise. Will we all be watching next week? Ah, well, that’s an easy to answer. Right?