‘La Couchette’ opens up the second season of Inside No. 9, and here you should stop reading if you haven’t seen the episode.

A group of disparate characters have been shoved into a confined space, and they are not exactly ideal bedfellows. There’s a lot packed into what’s deceptively a gossamer-light plot involving a dead body, medical research, and a couple of back-packers on their gap year.

Continuing the first season‘s calibre of guest casting, Jack Whitehall gives us a very Jack Whitehall turn as a posh, slightly thick youngster, joined by Jessica Gunning as a no-nonsense backpacker in search of a quick fumble, while Mark Benton and Cucumber’s Julie Hesmondhalgh appear as a sweet pair of parents on their way to their daughter’s wedding.

You probably already know by now that the connecting theme between the different episodes of this anthology series is that each episode is based in a location that’s numbered 9. It could be a house, a burial plot, or – as in this case – a shared sleeper on a train carriage. 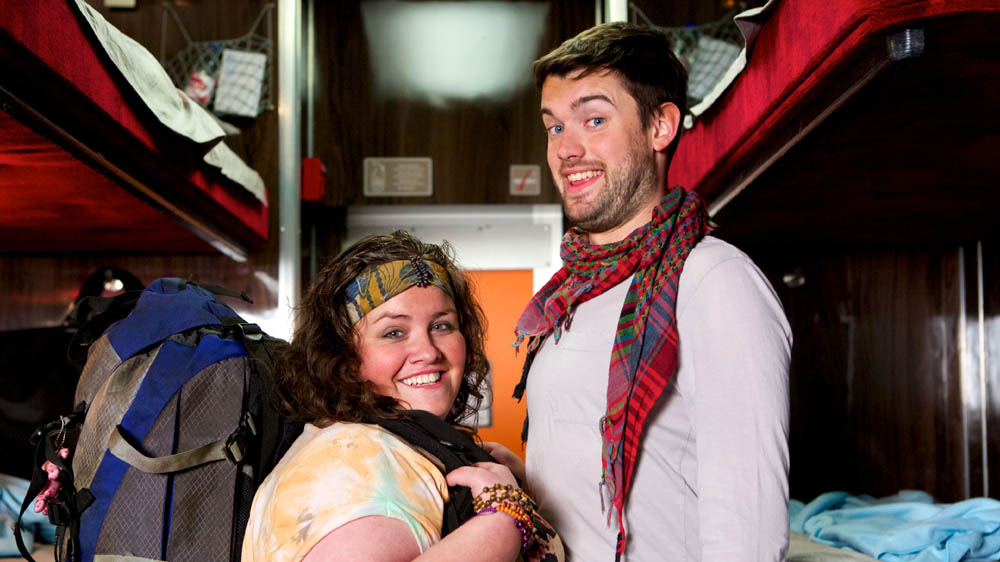 Much of the episode is taken up with strangers’ lives crashing into each other, mostly while trying not to wake everybody up. What makes up the main percentage of the jokes, however, and what might well test your patience – of the more casual viewer, particularly as this is an opening episode – is a significant amount of scatological humour.

It starts with farts, progresses to stinks, and eventually – inevitably, perhaps –drops its trousers (literally) and produces a liquid stream of excrement. Even if you accept that British humour has a proud tradition of fart jokes, it might be easy to think that Reece Shearsmith and Steve Pemberton are slumming it, like a late era Carry On.

But here’s the thing: the two creators of Inside No. 9 are simply too good writers to be satisfied with simple fart jokes. More than that – and this is a separate point, though clearly related – they always make their scripts work very hard with every single line.

Now, all of this sounds like we’re striving too much to defend what is essentially a string of gags about diarrhoea – literally, attempting to polish a stream of turds – but that would only be true if we honestly believed the poo jokes are nothing more than poo jokes. But the truth is a lot more elegant than that: the jokes are misdirection. 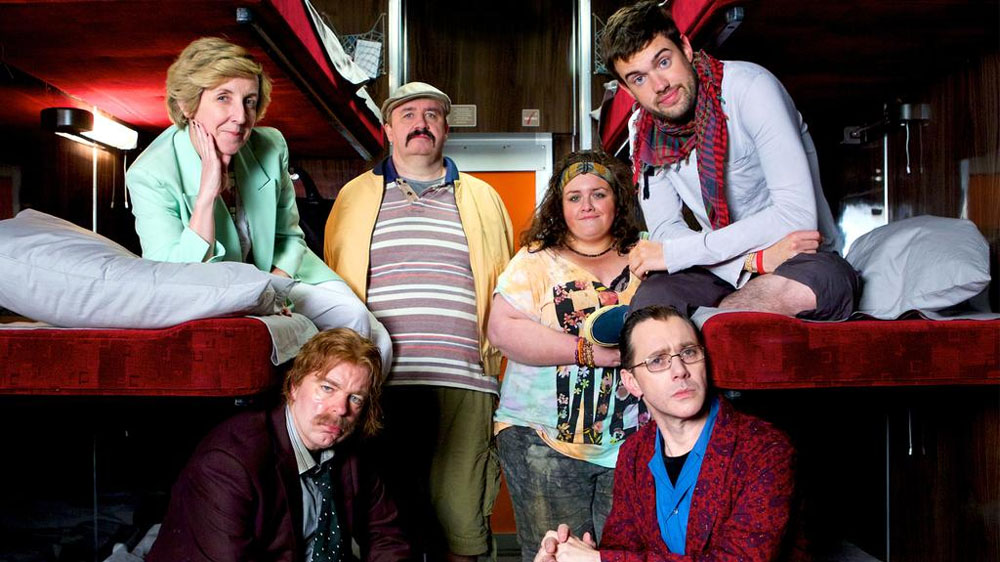 The plot of this first episode is toilet-tissue thin, an inversion of the main reveal in Murder on the Orient Express – an allusion so clear that Kath (Hesmondhalgh) mentions it. It’s also a soft re-tread of the some of the ideas in the opening episode of the first season, the sort of writing conundrum that Shearsmith and Pemberton have a lot of fun exploring: stuff a collection of people in a very enclosed space, and write themselves into knots to see what happens.

It’s therefore abundantly clear that a twist in the average episode of Inside No 9 is the result of this kind of narrative, rather than the pre-planned endgame: it’s obvious that that the boys themselves are not particularly interested in any contrived surprise endings. As soon as the twist in this episode turns up, for instance, it’s almost immediately thrown aside for another one that would have been abundantly obvious had it not been for the flatulent misdirection. A shite of hand, if you will.

This allows a reasonably unique take on introducing the cast: while most of the people in the carriage are having to make important decisions, each believes themselves to be the supporting character in everybody else’s storyline. Well, except one in particular (look, you’re really going to have to watch the thing).

What this means is that there’s a pleasing lightness of touch, that even the most major actions on the carriage will ultimately have no effect whatsoever. In this vein, Inside No. 9 closely resembles the ethos of a Coen brothers film.

One thing is certain: no matter how great the destination is, it’s all about the journey.