‘They deserve to be together. They belong’.

It’s a line about a pair of shoes, but it’s equally descriptive of the pair behind this series. Obviously by this point you don’t need to be told one of the central conceits of Inside No.9 – that each episode takes place within a location with that number attached. We haven’t yet explored a burial site or a space station (give it time), but that doesn’t mean that writers Steve Pemberton and Reece Shearsmith can’t bend their own rules slightly: therefore, this week they play with audience expectations of how this works, leading to a neat sight gag – or at least, a neat bit of misdirection – in the opening scenes. But – intentionally or not – even the misleading door number is a soft reference to what will follow.

‘It’s so odd,’ Reece Shearsmith’s character David muses after having found a new shoe placed carefully outside the house. ‘What’s the story behind it?’ His wife Lou – played by Keeley Hawes pointedly doesn’t answer, and gives her husband space. That, and the casual way it’s revealed that Lou has a busy job and that David stopped working a while back hints at a weight of history shared between them, hanging over them like so many dark clouds.

It’s a considered, nuanced performance from both of them, where what is not said colours everything that is. ‘That’s done now,’ says Shearsmith in an apparently benign moment, and you get the impression that he is desperately trying to do the right thing. 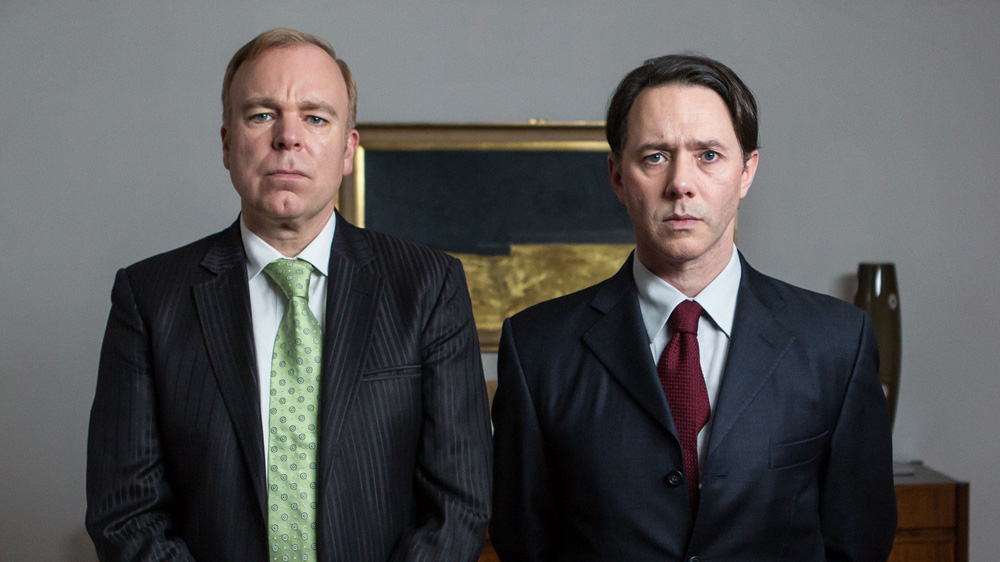 Steve Pemberton turns up briefly as mutual friend Chris, and reading between the lines, he responds in the same carefully casual way that Lou does. Everyone is trying to keep it together, normal and nice, which contrasts sharply with the things that are not in their control: the upsetting carpet and over-sized topiary, Lou and David’s daughter at one point playing with the shoe like it’s a car for her doll, invoking memories of little Danny Torrance in the Overlook hotel.

There’s even something unsettling about how often characters are placed in the dead centre of frame, allowing them to almost melt into their surroundings, between matching picture frames, chairs, and other matching pairs of furniture.

Like many episodes in this series, there’s lots of textures to reward repeat viewings: a long shot of a collection of family photographs, a confused stutter in the conversation when arguing about old videos, and even the briefest glimpse of Sally’s birthday present is a cruel dig. Elsewhere, Lou’s blouses match the soundtrack: flowers for summer, leaves for autumn. Although she wears something more funereal for winter.

With a passing reference to the best Anthony Hopkins film you might not have heard of (‘This is very cruel, what you’re doing,’ David mutters to his wife. ‘I don’t mean it to be,’ Lou responds), ‘Diddle Diddle Dumpling’ is a beautiful little meditation on the one emotion few of us can be confident we’d survive.

Blending elements of ignored classic Roger & Val Have Just Got In with Shearsmith’s own short story Dog, and giving an ending that’s either dark or very dark, depending on your tastes (students of writing, take note of how much can be said without being explicit), Inside No.9 once again burrows into the back chambers of your mind, and stays there for days afterward. Feeding.