In 1930 Daphne Du Maurier stayed at Jamaica Inn in Cornwall. She loved the atmosphere and history of the place so much that she wrote a fictionalised historical novel set there. A whole bloomin’ book about Jamaica Inn. Nowadays the best you get is a sloppily-written rant about the sheets on a certain travel site.

And what acid your 21st century TwitAdvisor would sputter if they walked into Du Maurier’s imagined Jamaica Inn of the 1820s: ‘Surly owner…think he was drunk’, ‘Rundown tavern in middle of nowhere!’ probably. That’s what our protagonist Mary Yellan (Jessica Brown Findlay, currently playing a grave on Downton Abbey) finds when she goes there to live with her Aunt Patience and the brutish Uncle Joss Merlyn after the death of her mother.

Soon she’s immersed in mud and intrigue and rum and mud and murder, and more mud. Glorious mud. God it’s muddy. It clings to everything like a second skin. It’s make-up on a geographical scale. In fact you’d be hard pressed to find a drama more influenced by the landscape around it.

Jamaica Inn is Natural with a big ‘N’; as though it was pulled up out of the Cornish sod and had the thick of muck knocked off it to make it presentable for an HD age. Everything and everyone is ordurous and damp and dangerous.

It is beautiful for being so authentic, but also beautiful because it’s so artfully shot. Through the eye of cinematographer Julian Court (Luther, Ripper Street) the moors and skies don’t just look pretty, but are alive and threatening, and indeed prove to be. Not since the 2011 cinematic adaptation of Wuthering Heights have grass and sea and sky looked so menacing and yet so attractive in their menace.

And pleasingly, the cast of characters actually feel hewn from this feral landscape, rather than just actor-bods plonked into it and expected to move at one another.

Jessica Brown Findlay is enchantingly plucky as the strong-willed heroine struggling to reconcile the past with the present. Her loin-quivering love interest, the 19th century Han Solo, Jem Merlyn (The Paradise‘s Matthew McNulty), is so rugged and leather clad that he looks like he was late for The Musketeers audition, but McNulty gives him more depth beyond his topiary stubble. 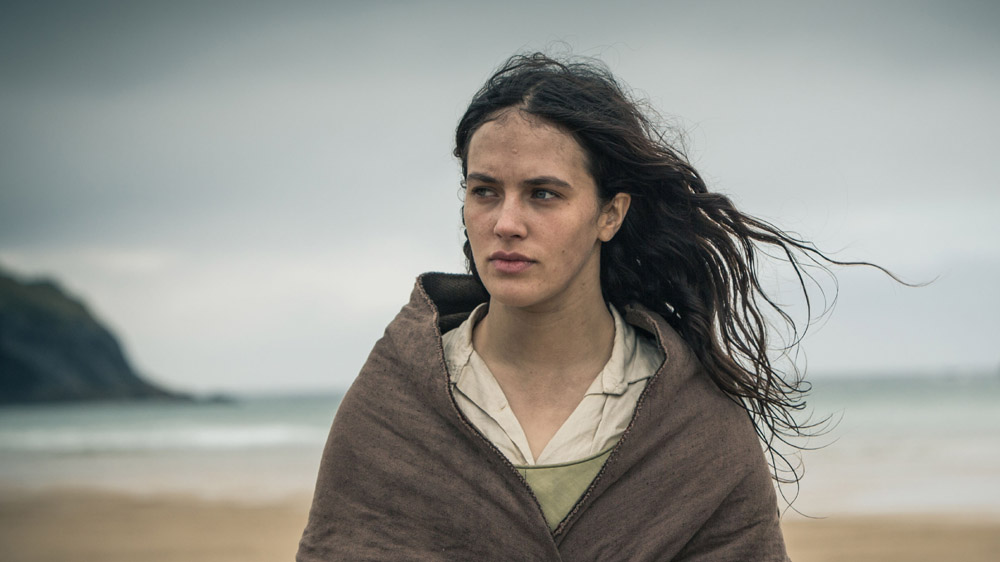 Both are in the shadow of Sean Harris’ quarry-throated Joss Merlyn, the intimidating owner of Jamaica Inn and a smuggler: a man who is shaped by the sea and land and is just as dangerous as the natural forces that weathered him. He telegraphs such threat with his eyes alone that you likely won’t leave the room to go to the kettle in case he comes after you.

Not that you’ll defect to the kettle once you’re five minutes in. This is, once again, Auntie Beeb showing that she can raid the dressing up box and do costume drama like no other. This adaptation of Du Maurier’s ‘I packed it but never got chance to read it’ novel is sure to become the definitive visual interpretation.

CultBox doesn’t usually give travel tips, but really, wherever you venture this Easter, make sure you and your TV spend some time at the BBC’s Jamaica Inn.