That said, Cillian Murphy makes puffing on a death stick look like the coolest thing in the world.

From the way he effortlessly slips it into his mouth (left side, then sliding it to the right), to the way he holds a fag-end as he faces everyone from a caviar-chewing madman, to an evil dog, Murphy makes a smouldering ciggy an extension of his quietly smouldering character. It’s quite brilliant.

And yes, it’s only a little thing but this is a drama that thrives on attention to detail. Not accurate to history necessarily, but accurate to our expectations of the characters and the show after two seasons.

Episode 2 begins accurate to our hardened expectations in a way that last week’s Season 3 opener wasn’t quite. We’re in a motor works; an overly-flamboyant industrial setting that’s one hammer beat away from breaking into a late-‘80s American rock music video. Tommy’s slo-mo-ing through the grit and sparks. Nick Cave is growling over the hammers. This is classic Peaky Blinders territory. We’re home. 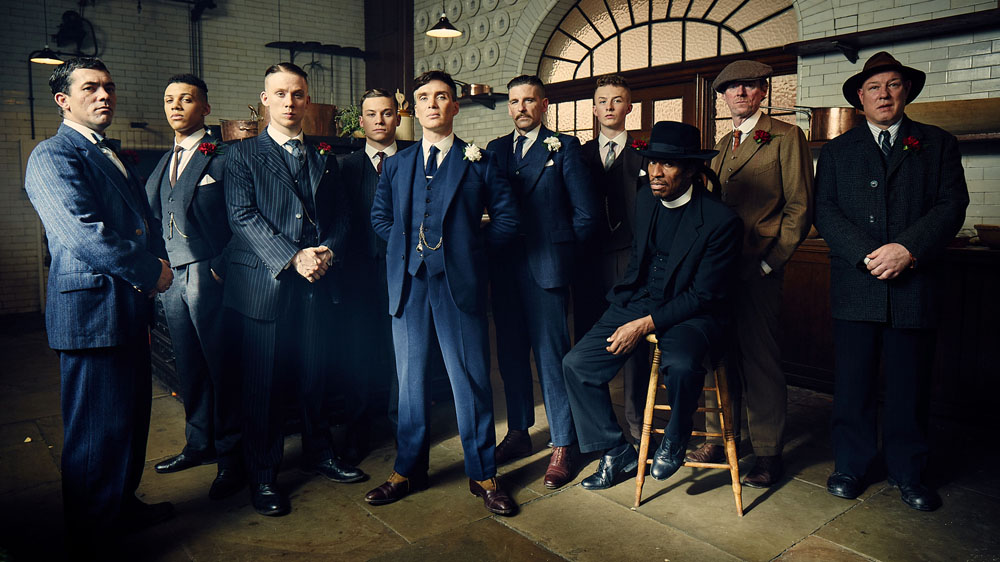 But the show isn’t resting on its laurels. The setting is familiar, but the threats are new. As part of his tank-selling deal to the Russians, Tommy’s meeting the powerful and mysterious Economic League, which means having to deal with one of their agents: paedophile priest Father John Hughes. Hughes is played by the brilliant Paddy Considine, a man who slips into a role as easily as a snake slips out of its skin. Peaky Blinders has always had a knack for attracting famous faces that can act bloody well.

Considine makes Father Hughes the embodiment of disgusting sin with a dog collar coiled around it. Just when we thought we’d left secretive child-abuse rings behind in Line of Duty, we’re confronted with the same old horrors, just in an older setting. The Economic League are all-the-way-to-the-top powerful. Enough so that they can get Scotland Yard to arrest Tommy and let the pervert priest and his pooch threaten him. Enough that they can navigate his cavernous manor and place a chilling threat under his son’s pillow. These aren’t people to muck with.

They’re also not the only organization the Peaky Blinders are facing threats from. Episode 2 does a good job of establishing all the angles of attack, and reminding us that what we’re watching – what we’ve always been watching – is a violent Newton’s Cradle of wronging and revenge. 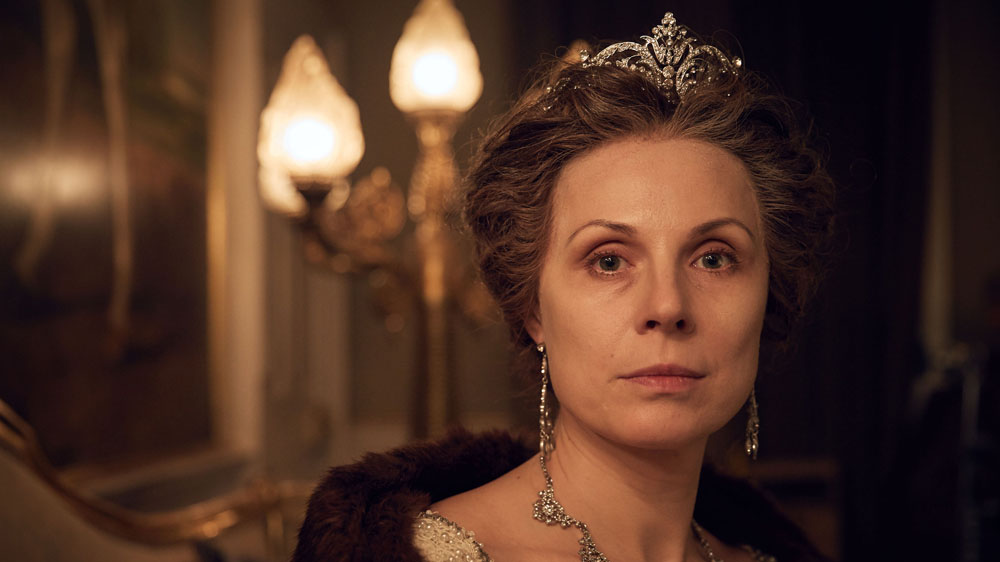 Tommy’s brother, John, further antagonises the Italian gangs, which results in him using his razor-lined cap on one of their men. It’s been ages since anyone weaponised their peaky cap. I’m not sure it happened at all last season. I’d forgotten how good the gruesome, distressingly fleshy, sound effects are.

Again, it’s the little things in this show. Just as it’s a little but important moment, watching Arthur wash the blood off his hands after storming one of the Italian-run pubs. The symbolism’s head-thumpingly heavy, but effective.

While the Peaky Blinders are waging war on the Italians with fire and razors, Tommy’s playing a dangerous game of footsie with a group of Russians who eventually plan on murdering him. I’ll admit to not entirely understanding everyone’s place in this arms-dealing chain, but maybe I was distracted by the incongruously eccentric Duke Leon and the MASSIVE SAPPHIRE he gives to Tommy as payment (given where it supposedly came from, I hope he washed it first).

Tommy gives that MASSIVE SAPPHIRE to Grace. Grace, who was once a gun-toting spy, is now a kept woman, trapped in domesticity and talking about caterers and floorboards. It feels completely untrue to the character we’ve known. Especially in a show where there are so many other strong female voices. The first episode made a big exclamation point of Tommy getting married, and now his wife’s been bundled away into a mansion-sized subplot. It’s a monstrous waste of Annabelle Wallis. 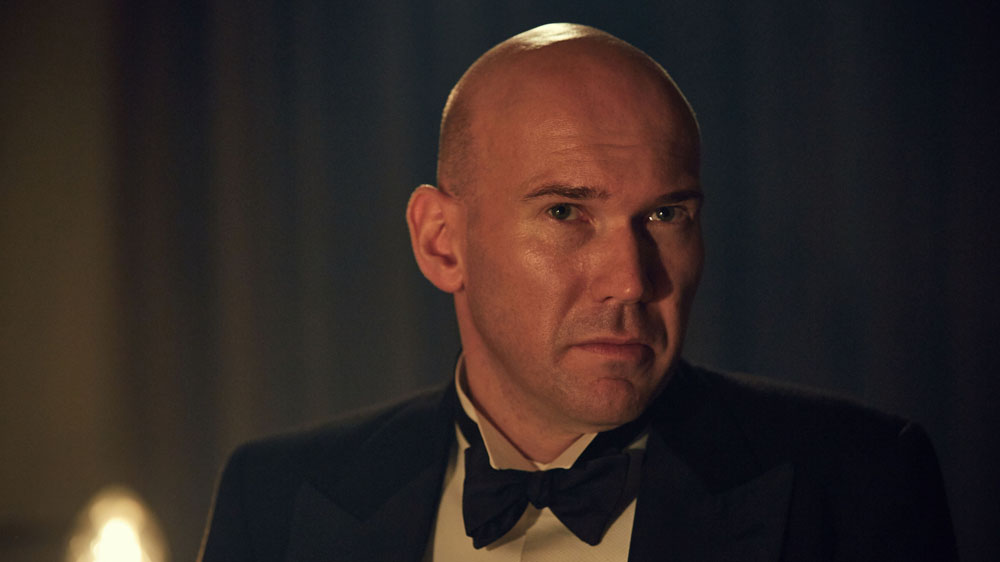 But being underwritten might not be Grace’s biggest problem. It may be being written no more. Not only is she risking serious vertebral injury by wearing that MASSIVE SAPPHIRE round her neck at the Shelby Foundation gala dinner, by wearing it she’s also under a gypsy curse.

Grace is shot by an assassin (Italian, I think – it would make sense), and sadly, despite being MASSIVE, the sapphire doesn’t deflect the bullet. Is Grace going to die? I’m more worried what will happen to her if she lives. It’s only the second episode and the show doesn’t seem to quite know what to do with her.

There’s a portrait-like quality about that slo-mo’d final scene. It commands the eye. Tommy holds a dying Grace, Aunt Pol rushes for help, the Russian Duchess looks on nonchalantly, and Arthur and John beat the assassin to a bloody smear. Press pause and put a frame around that frame, because it sums up everything that Peaky Blinders is. This is a violent, unpleasant show, but it is brilliant and it’s gorgeous, and it’s all about the attention to details.

So remember kids: smoking kills. And so does cursed jewellery.