We’re going to start at the end this week, and with a warning: be careful what you wish for.

A couple of weeks ago, in my Episode 3 review I said this:

‘This is twice in two weeks that we’ve thought someone dead only for them not to be. The next time someone appears to kick the bucket, it better happen.’

Well. Me and my big fat mouth.

I didn’t see Francis’ unfortunate death coming, but I am an idiot and should have.

Watch enough TV and eventually you can tell when a character’s getting set up for death. Telly deaths are usually telegraphed – subtly or unsubtly – and you’ll know the signs by now. Broadly speaking, it’s either a moment that especially endears you to a character (like Synth Max’s final scenes in Humans), or a piece of hubristic recklessness that foreshadows a fall (think Clara’s ‘I’ll outwit the death-bird!’ in Doctor Who‘s ‘Face the Raven’). Both define how an audience takes a character’s death.

Poldark digs straight for the former route, and I completely ignored the signs so much that Francis’ death came as a shock. In my defence, I was preoccupied Googling Demezla’s earlier mention of ‘turnip and teddy pie’. Delia has a good recipe, if you wish to try it for your Poldark party.

Play it with our Poldark bingo, why not. Anyway, all the clues he’s going to die are there. Boy are all the clues there. Heck, Aunt Agatha, who’s got one foot in the grave herself, practically turns to the audience and announces it at one point. 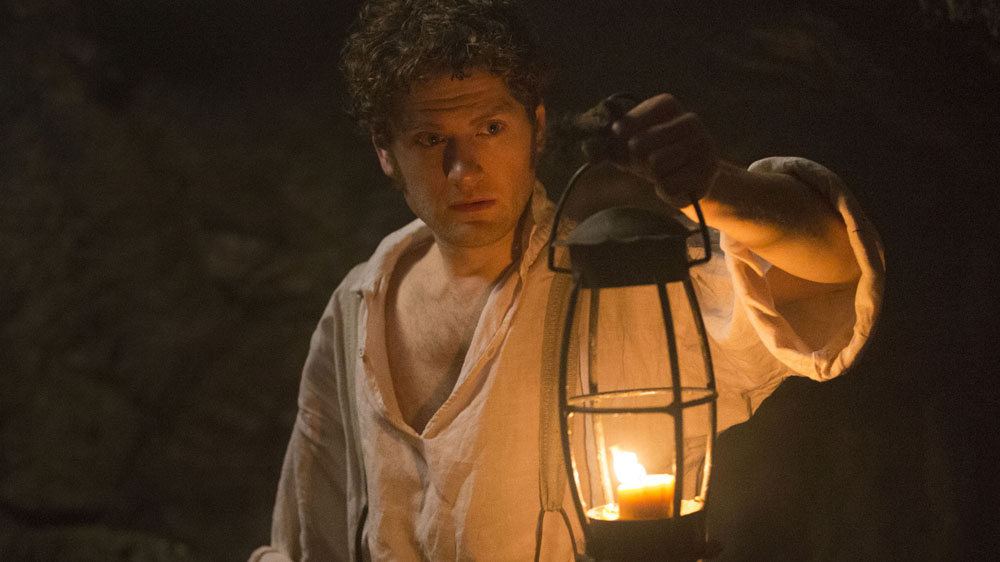 Francis being kind, diplomatic, and the most level-headed we’ve ever seen him as he advises Demelza is a great big honking hint in an episode that is full of them. From he and Ross getting along like a mine on fire, to him giving those smugglers a lenient sentence, to Francis giving two fingers to Warleggan; suddenly he’s immensely likeable, and we’re highly endeared to a man who was once a whiny shadow of his cousin.

It’s a textbook set-up for an untimely death. One that’s meant to create the most emotional impact. What shame it is that we won’t see Kyle Soller on Sundays anymore. By the time Francis’ coffin is being lugged up the aisle, you actually miss him. Your emotions have been played better than that fiddle at his funeral.

His death also leaves the rest of the season wide open for the kind of trouble that’s been bubbling through the previous 50 minutes. Ross holding/comforting newly widowed Elizabeth RIGHT IN FRONT OF HIS OWN WIFE is the next phase in their increasing closeness, especially after their flirty talk at the Penvenen party. What do we always say about parties and soirees in Poldark? No good comes of them. Any time four or more people are in the same room on this show disaster will strike. Guaranteed.

Ross getting closer to Elizabeth isn’t even his biggest problem now that George Warleggan has bought his debt (honestly, this is the sexiest show about debt purchase ever). The more evil George becomes, the more you appreciate Jack Farthing’s performance. As Warleggan becomes increasingly evil, Farthing prevents him from becoming a pantomime villain by keeping every gesture deft and controlled. A simple raise of the chin in enough to communicate pure malice. 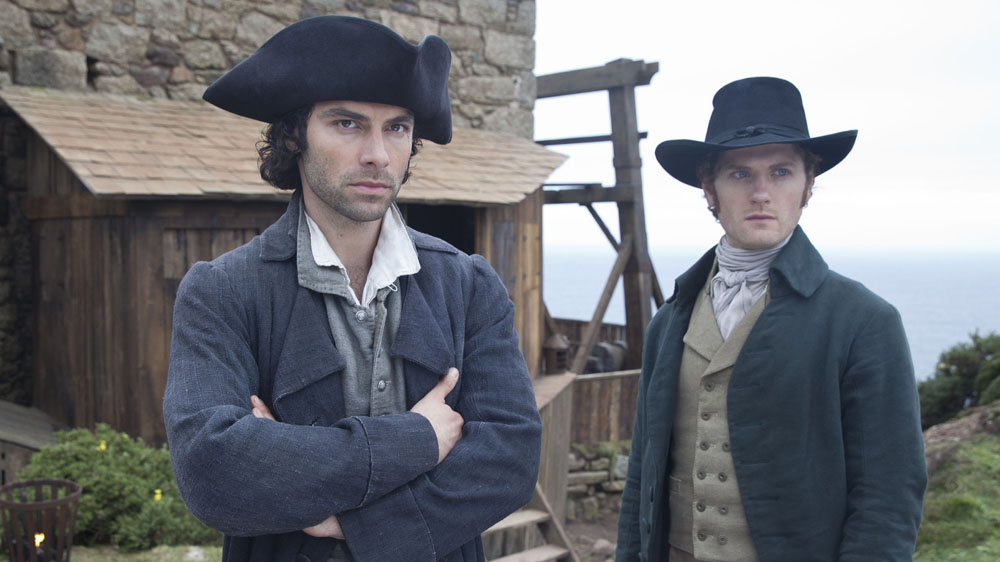 With Warleggan gripping him by the financial goolies, Ross has to raise pounds 1,400 by the fantastically dramatic deadline of ‘Christmas’. Otherwise he’ll be thrown in debtor’s prison, where there are no sexy baths to be had. Just when we thought we were free, we’re dragged back into yet another ‘Ross needs to raise X amount of cash in Y amount of time’ plot. It’s like an unending Apprentice task and, unlike in Episode 3, I don’t think he’s got anything left to sell off. That bath, maybe. But he needs that for his sexy bath time.

Will there be enough copper in Wheal Grace for him to dig his way to financial stability? Probably. That’s the problem with these money-raising bits; you know he’s going to manage it somehow. Fortunately with a canny mix of a good script, magnetic actors, and some truly beautiful cinematography – that sea mist rolling in! – Poldark holds your eyes to the screen even during the financial brow-furrowing.

The live studio audience in your head likely cheered and whooped in cathartic relief. It’s a touching scene too; each of them being truthful about their vulnerabilities after weeks, or in the show’s timeline, years, of flinty, flirty back and forth. We may have lost Brangelina, but at least we’ve got Carolight. Yes, that’ll catch on.

So. Love, death, money, mining… it’s another textbook week of Poldark. We’re at the halfway point of its season now and so far it’s held up to all high expectations.

I wouldn’t dare guess what comes next, mind. It might come true.