Prey’s second instalment keeps the pace, giving us the rounded, invigorating and brilliant result of emotional whiplash in the course of an hour.

Chris Lunt’s credentials as a solid TV writer more than adept at unpredictable, heart in mouth crime drama is surely not in question and he plots out this episode as thoroughly as the first.

Instead of concentrating on our convict on the run, Hitchcock-style, Episode 2 follows our flawed trio of Rosie Cavaliero, Craig Parkinson and John Simms’ characters making it fuller, denser, more immersive and anything but formulaic.

That’s not to say that there aren’t nods to Hitchcock throughout – chase through a train, and daring leap off the moving vehicle, anyone? The whole thing has a cinematic, daring escape motif, with set pieces filmed with panache by Nick Murphy, who straight out of the gate takes us by the shoulders and shakes us introducing a Manchester-wide, tense game of cat and mouse. When the plot is sprinkled with neat personal touches and portraits of life in a modern day city, Murphy steadies the camera somewhat but still portrays the shaky ground Marcus is constantly on. 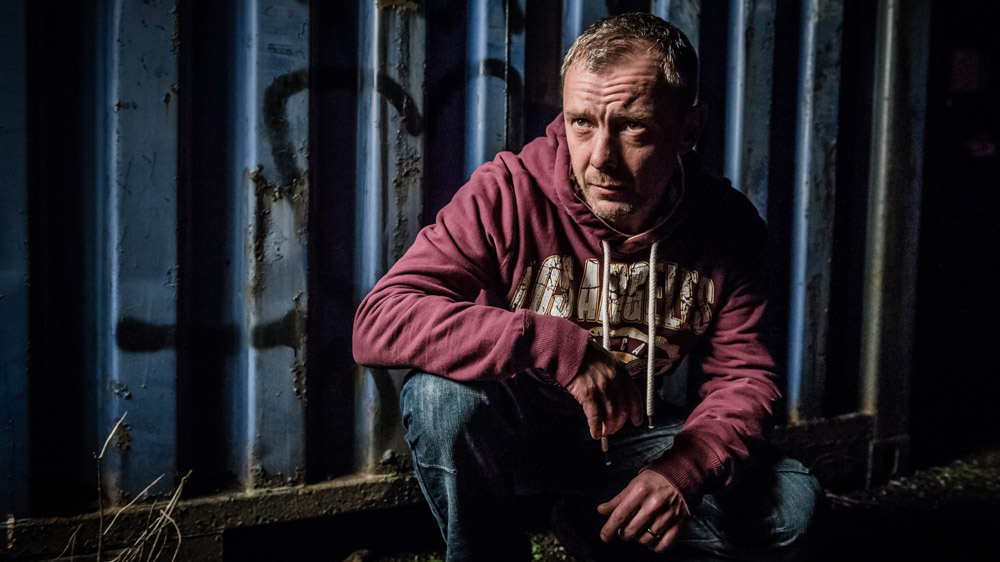 Rosie Cavaliero’s Susan Reinhardt begins the episode worryingly obsessed with her husband and his new child, ‘passing by’ with pastries and intermittently checking his Facebook page. For a moment, it seems incredulous that she could still be in such an important role in the police force but her stubborn, solemn, at times reckless approach and addictive personality, portrayed flawlessly by Cavaliero, work in her favour. She is a strong presence, a worthy adversary and able to shift her attentions onto another man: Marcus.

Simm hits just the right balance of desperation and determination: emotions that should clash, but as Marcus slinks about the city, constantly just escaping danger, it makes you chomp at the bit for him to finally meet Susan in the last act – two stubborn and determined people, oil and water, a blossoming truce coming to an abrupt end as a chase through a field sees him knock her out.

There are also moments where Marcus is putting out fires all over the place whilst tenderly messaging his conflicted and traumatised son, who happens to be sitting dangerously close to villain Craig Parkinson at the time. Parkinson’s Sean says little in the episode, portraying the stoicism usually adopted by the guilty, showing the intriguing complexity of his character, sitting moodily in the back of cars and drinking the day away in his house.

And what about the ending? Our DCI turned supervillian – a polished, brusque performance by Anastasia Hille – acts as unwilling participant to Marcus’s plan to clear his name. An incongruous meeting is set out the back of a chip shop. He entrusts evidence to her that he has spent the entire episode protecting, key to solving the murders of his wife and son that she coldly disposes of in a chip fat fryer as Radiohead’s ‘Karma Police’ plays in the background.

The cobweb we’ve been caught in has just been blown into oblivion by a new big bad wolf. Where could this startling mini-series possibly go next?