Late on in Ripper Street’s fifth season premiere, Inspector Shine and Mathilda Reid discuss resurrection. Shine notes that they’re both accustomed to rising from the ashes when everyone assumed they would be dead and buried, and Mathilda muses later that this means that she has now died twice in the eyes of her father.

It’s a neat encapsulation of the strange history of this show. Initially cancelled after two seasons of low ratings on BBC One only to be improbably resurrected for three more on Amazon Prime, Ripper Street is defined by lasting longer than anyone thought it would. As it heads into season five, it has the rare opportunity to come to its second ending. This time, however, it gets to go out in its terms.

‘Closed Casket’ makes it abundantly clear that this final season will be a very different one to the last four. After the gory, tragic cliffhanger of Drake’s death that ended season four, Reid and co are fugitives from the law. That means no more police work, and no more cases of the week. Fitting for its shortest season of the five, this looks to be like a straight sprint to the finish.

The move towards one big final story means that, inevitably, ‘Closed Casket’ has a lot on its plate in terms of set-up, but it manages to juggle a dizzying amount of sub-plots and twists with consummate skill. This might be a slow cooker of an episode, stacking the board for the drama to come in this final season, but thanks to the expansive and intricate plotting on display, it’s never less than compelling.

Workmanlike as opposed to inspired

Admittedly, there are elements of ‘Closed Casket’ that are workmanlike as opposed to inspired. The establishment of emotional stakes for the central characters is a necessity. However, the fact that this mostly takes the form of worrying about kids means the character arcs for the central trio are familiar.

Reid’s relationship with his conflicted daughter benefits from the shrewd use of past sins. It’s an interesting idea that the stark truths of his violent actions at the end of season three have become indistinguishable from the lies peddled by Dove in the press. It brings an intriguing uncertainty to their interactions, but his plotline here suffers from a lack of tension.

It’s never really that convincing that Mathilda would turn her back on him for long. So, when she returns to give him crucial information, it feels like a box being checked off rather than a satisfying character moment. There are, however, some interesting character dynamics that are being established here.

The tensions between the main trio regarding how they ought to respond to the manhunt against them are established well. Also, the addition of Jackson’s former girlfriend, Mimi, as an ally and confidante adds a fresh perspective to a central cast that could have felt a little claustrophobic after the death of Drake. 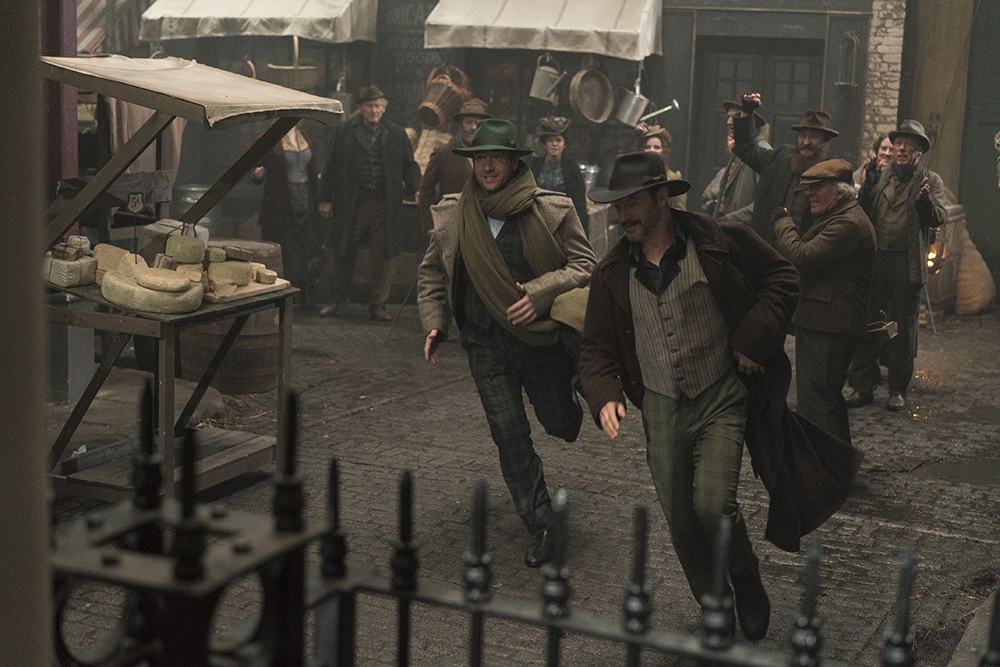 Not a subtle villain

More involving is the intricate game that ‘Closed Casket’ sets up between heroes and villains. Nathaniel, probably not on any viewer’s list of favourite characters after killing Drake, remains a fascinating wildcard in the situation, guided always by instinct that may lead him to commit unspeakable evil or acts or compassion; it’s that instinct that sends him careering into Reid and Drake, blowing up the careful plans laid by his brother.

Nathaniel’s intriguing moral code that means he’s not quite an antagonist to the heroes. So ‘Closed Casket’ makes sure that there’s a sufficient adversary for Reid and Drake by bringing back Jedediah Shine, a villain who hasn’t appeared in the show since all the way back in season two. 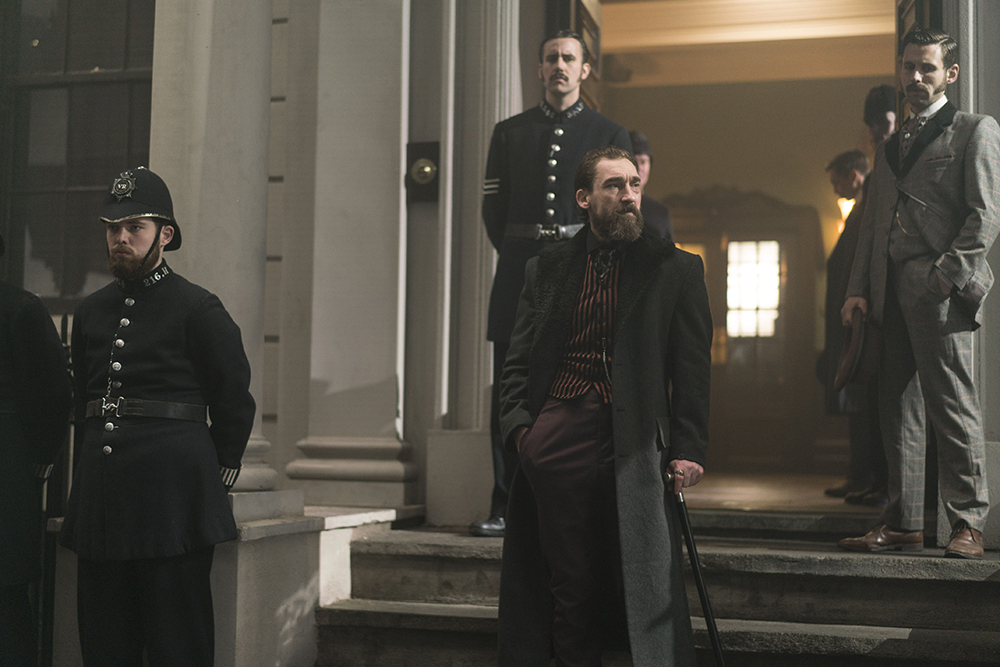 Shine is not a subtle villain. Joseph Mawle (keeping the Game of Thrones representation up now that Jerome Flynn has left the show) devours the scenery of H Division, delivering every line in a sinister mumble, sometimes punctuated by deeply unstable yelling. Realistically, this man would never be let near a police station again, and should probably not be allowed to work at all. Where would the fun be in that, though? Despite its self-seriousness Ripper Street has always been keen to embrace the pulpier side of the narrative. The transparently unhinged Shine is a perfect embodiment of that.

‘Closed Casket’ is not a standout episode of Ripper Street, but as a premiere tasked with establishing a labyrinthine arc for the final season and making sure we’re emotionally invested in these characters once more, it’s an impressively confident beginning of the end for the show. Having been granted the chance to end a second time, it’s going to be fascinating to see where Ripper Street chooses to stop its story.

Did you enjoy the return of Ripper Street? Let us know in the comments.