Here’s our review of Ripper Street’s season 5 episode 2, ‘A Brittle Thread’. Spoilers ahead!

Whatever happened to truth in journalism?

This season of Ripper Street was produced long before any of the recent political strife. However, this week’s episode, with its focus on the battle to invent the narrative that the people will believe, has a nice air of timeliness to it.

The question of who has the right to define the truth has become more relevant than ever. Here, we know that there’s an objective truth out there, and it’s one that’ll see the villains condemned and the heroes vindicated. Yet it’s not as clean as that.

It’s not the objective truth that people are inclined to believe. The truth is messy, complicated, and contradictory. The truth is that Edmund Reid is a hero who has done unquestionably bad things that he cannot defend, and might be just as immoral as the people he’s fought against.

There’s a reason that simple stories, duelling versions of which the heroes and villains attempt to cook up, ultimately rise to the top of public discourse rather than the gritty facts. 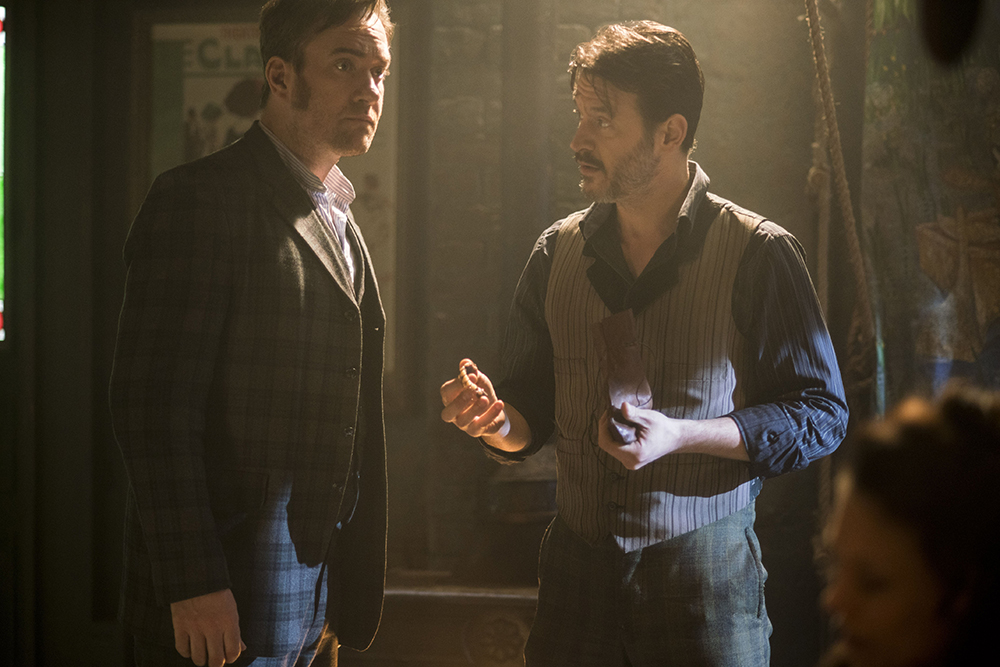 The shrewd commentary on truth and perception in ‘A Brittle Thread’ is just one of many, many plates Ripper Street is spinning right now. The choice to ditch the case of the week structure has allowed the show to tell a much richer and expansive story. Instead it’s exploring the key conflict between Reid and co. and Dove on many different levels. That’s proving to be a powerful advantage for keeping a single story compelling over several weeks.

On the top level, there’s the battle between good and evil, which ‘A Brittle Thread’ begins to deconstruct entirely, making things much more complicated. Dove might be our designated villain, and his tirade at journalist Costello shows that he doesn’t have the city’s best interests at heart. This episode takes pains to show off his good aspects, though. 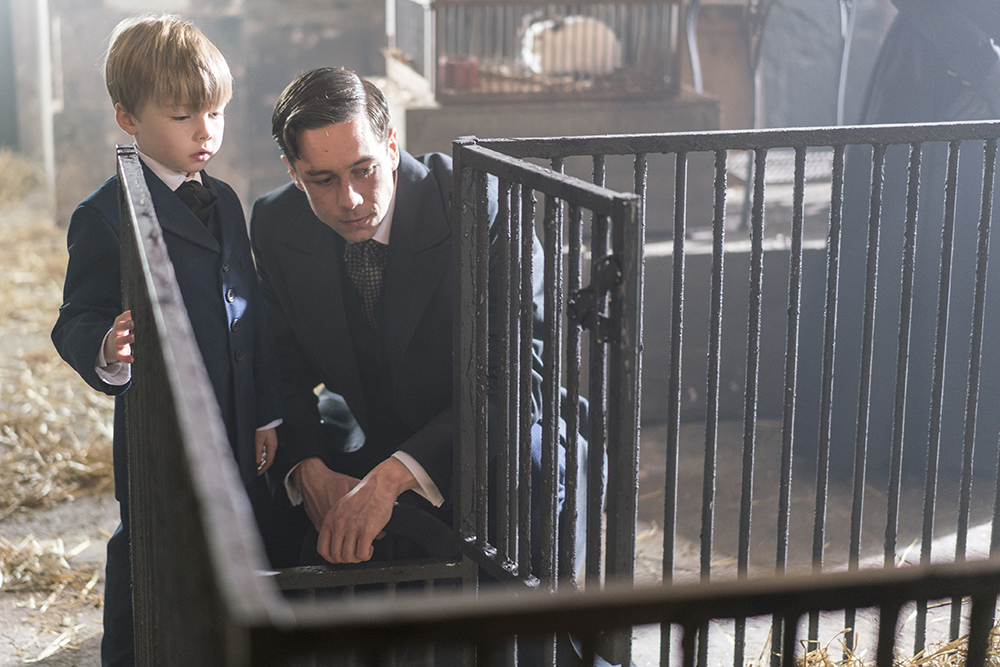 He’s a surprisingly thoughtful father figure, lavishing care on poor, mute Connor (whose sole function on this show is getting kicked from guardian to guardian like an incredibly shy football). He also displays genuine love for his brother.

When those aspects begin to intersect, such as the final confrontation – where an emotional moment between brothers is interrupted by Reid and Jackson’s arrival – it’s difficult to know where to draw the line between two groups of messy, flawed people who are capable of compassion and empathy in the right conditions. Dove’s ultimate goal, after all, is to protect his brother. That’s not the mark of a super-villain, and that makes it all the more interesting. 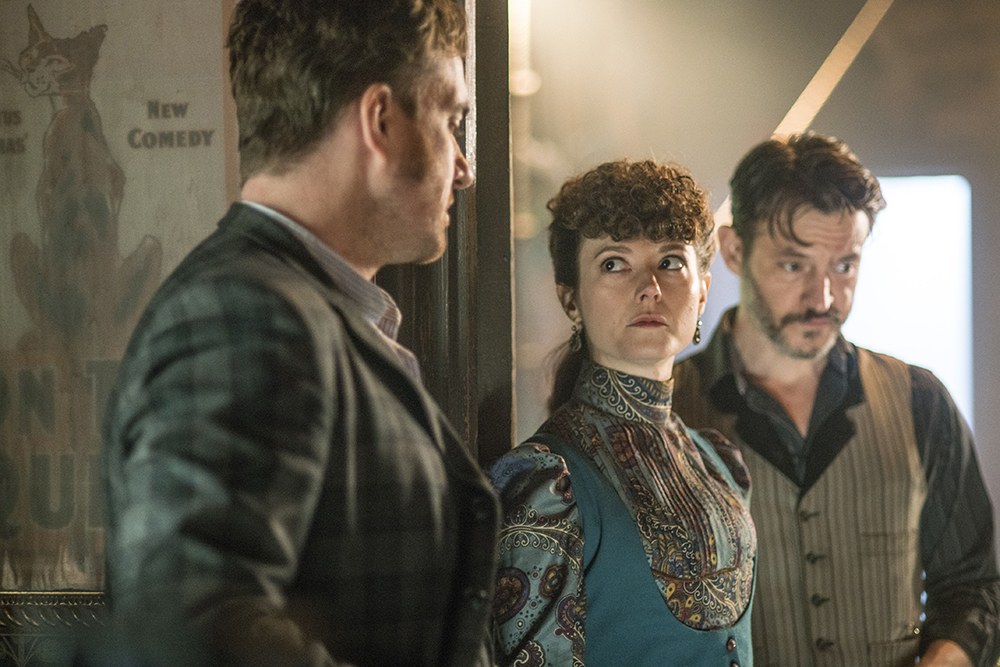 As with last week, then, it’s Inspector Shine who turns out to be the main foe to just about everyone. Shine made an impression last week, but he’s turning out to be a bit of a mixed blessing.

On one hand, Joseph Mawle is still very entertaining in his gruff and growly depiction of a man waiting for the invention of throat sweets. He brings a primal aspect to Shine, and his need to serve his agenda above any complex conspiracy makes him an intriguing wildcard. Especially as his suspicions lead him to plot against Dove, the man he’s meant to serve.

On the other, his scenes sometimes fall into some tiresome prestige drama clichés. Specifically, it’s his unsettling fixation on assaulting every woman he comes into contact with. It’s easy narrative shorthand to make us hate him more, but Ripper Street has done that already. 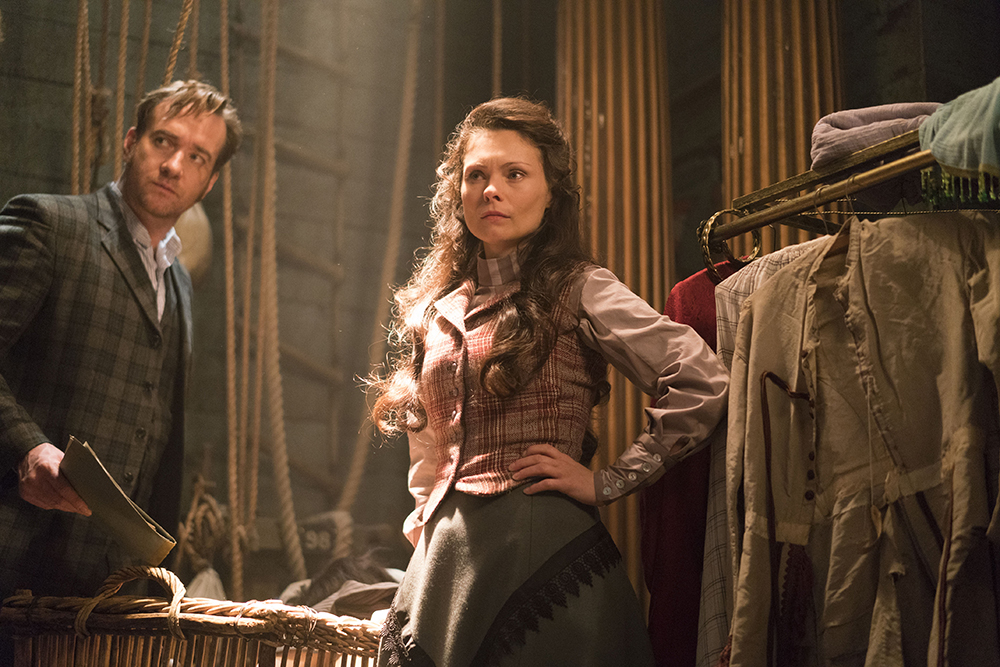 The real result is that Ripper Street briefly retreats back into its bad habit of making its female characters into victims, as interesting and proactive Costello and Mimi are turned into terrified objects of his leering, at the hands of a dominating patriarchal figure. It sticks out like a sore thumb in an episode that otherwise shows off Ripper Street’s improvement with its female characters. Nevertheless, it’s a clichéd and antiquated trope that was better left in the last decade.

The most effective punch

The general feeling that ‘A Brittle Thread’ gives off, for its missteps here and there, is one of assuredness. It doesn’t progress the story light years beyond where last week left off, but neither does it slow to a crawl. Instead, it methodically increases the tension, doling out twists with a growing frequency until it pivots entirely at the end. 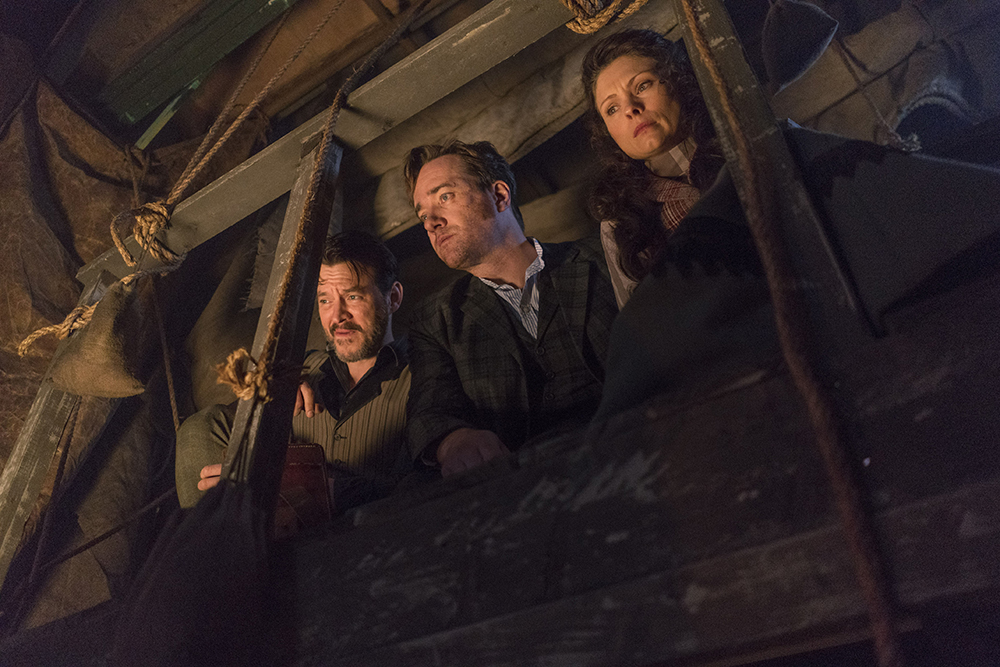 This shift sends us into an intriguing new paradigm, with Thatcher as a mole inside H Division, Nathaniel hived off in the Hackney Marshes, and Mathilda and Reid on the outs. It’s that last twist that provides the most effective punch of ‘A Brittle Thread’, enriching Mathilda as a character by highlighting the tension between her two upbringings, and seeing her attachment to the man who kept her sequestered away win out in a genuinely effective plot swerve.

In short, Ripper Street knows what it’s doing right now. If it’s yet to truly shock us this season, then that’s a very conscious narrative choice. Steadily, this season is becoming more and more compelling. What now? If these confident first two episodes are in any indication, we’re in for something thrilling.