And we’re off! In true Silent Witness style this latest two-part story gets off to an impressively violent start when ex-con David Sellars is found murdered in his flat.

It’s a rather energetic and vicious stabbing with significant wounds made to David’s face and which thrusts the Lyell team into the murky world of released murderers on life licenses.

This is another socially aware story that closely scrutinises the life license scheme and asks some challenging questions over whether these former prisoners are indeed rehabilitated or if they still pose a risk to society. Through the eyes of Sasha Blackburn (Lyndsey Marshall on terrific form) we see the other side of the coin. Are these people actually victims themselves and do they deserve our understanding if not forgiveness?

In the first hour there’s a fair amount of set-up going on as we learn that ‘Paul’, played by Toby Wharton from Season 13’s ‘Shadows’ story, is actually Joe Sherringham – one half of a brutal child killing whilst the family of the murdered Craig Blake are also established.

Inevitably, in a story dealing thematically with the subject of a child murder, there are some parallels between this and the infamous 1993 James Bulger killing. Both concern young children attacked and killed by two older boys and in both cases the shocking tragedy led to their parents’ separation. 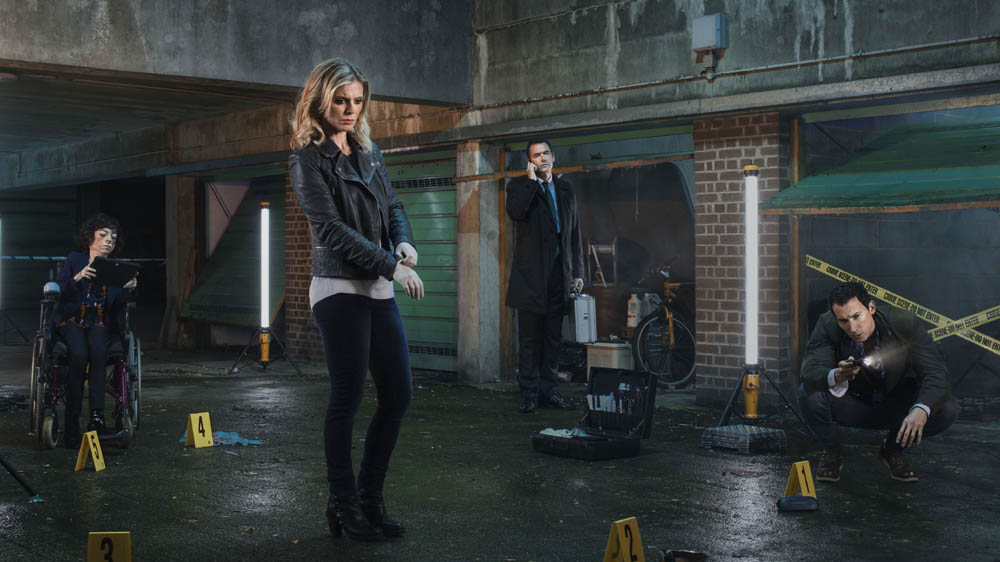 It wouldn’t be Silent Witness without at least one instance of a pathologist suddenly becoming an impromptu detective and this week we get treated to the sight of Jack giving chase to Ryan White, a potential suspect. As Jack sighs, ‘I hate it when they run,’ you can’t help but smile resignedly; it isn’t your job to chase suspects, Jack. It’s classic Silent Witness, however, and after 20 years the show isn’t going to change now.

Ryan, portrayed convincingly by Jay Simpson, is the first of this week’s red herrings in the search to find David’s killer. It’s difficult not to feel a little sorry for him as DS of the week Mitchell gives him both barrels in the police interview. Ultimately Ryan’s presence in the plot is of little significance and, once he’s ruled out of the murder, the character soon fades from the story.

Whilst Joe is depicted as trying to start a new life for himself there are notable instances where his past threatens to catch up with him. He’s portrayed as a fairly sympathetic character and it’s intimated his involvement in Craig Blake’s murder was coercion on the part of Marcus Chadwell, (a captivatingly creepy Kyle Soller).

Yet Joe’s story becomes rather tragic as, following another unnecessarily harsh police interview from DS Mitchell, he jeopardises his new identity, gives his address to Ted Blake and is later found dead in a burnt out house. 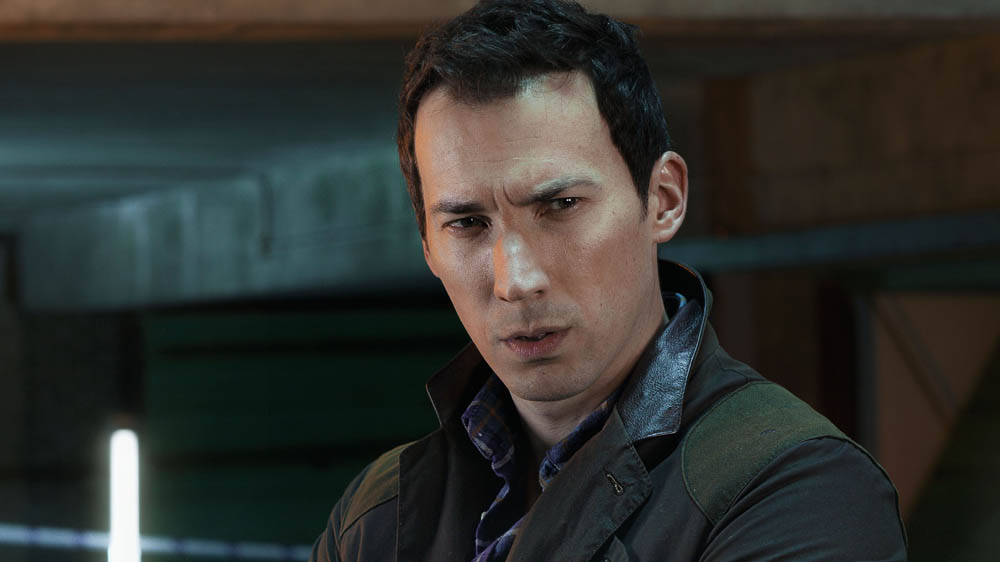 Joe’s death leads Nikki to realise the similarities between the two killings. Both Joe and David have been stabbed violently and each received puncture wounds to the face. It’s a different murder weapon this time but the MO is unquestionably alike. There’s another link, too, as we discover that Craig Blake had also received attacks to his face in a distinctive pattern. Is Marcus acting through someone on the outside?

In order to get to the truth of the case, Thomas, Nikki and Sasha visit Marcus in prison where the manipulative character tells them, ‘we need to take Sylvie to the building in the woods,’ the sight of Craig’s murder.

This a particularly well shot and edited sequence as the scenes of Marcus telling them are intercut stylishly with DS Mitchell informing Sylvie and Connor Blake.

As ‘Life License’ progresses into the second part, the story takes a number of twists and turns before the case is solved. Marcus’ involvement in the plot is minimal but significant and essentially serves to place Connor in the frame and further tears the Blake family apart following Ted’s death. Marcus explains how Connor was part of the group who met up in the woods and there’s a hint of sexual experimentation in his tale.

In his limited screen time, Marcus has an undeniable presence and his response to Nikki asking why he attacked Craig’s face after he died, ‘I just wanted him gone’, is chillingly direct.

Two other licensers, Ben and Oliver, (played brilliantly by Shaun Parkes and Robert Whitelock), come to the forefront in Part Two and Sasha’s over-involvement becomes the crux of the story. She’s in a relationship with Ben which jeopardises her career when Ben’s DNA is found on the screwdriver used to kill Joe. Panicking, she admits her affair to Nikki who urges her to tell the police immediately. 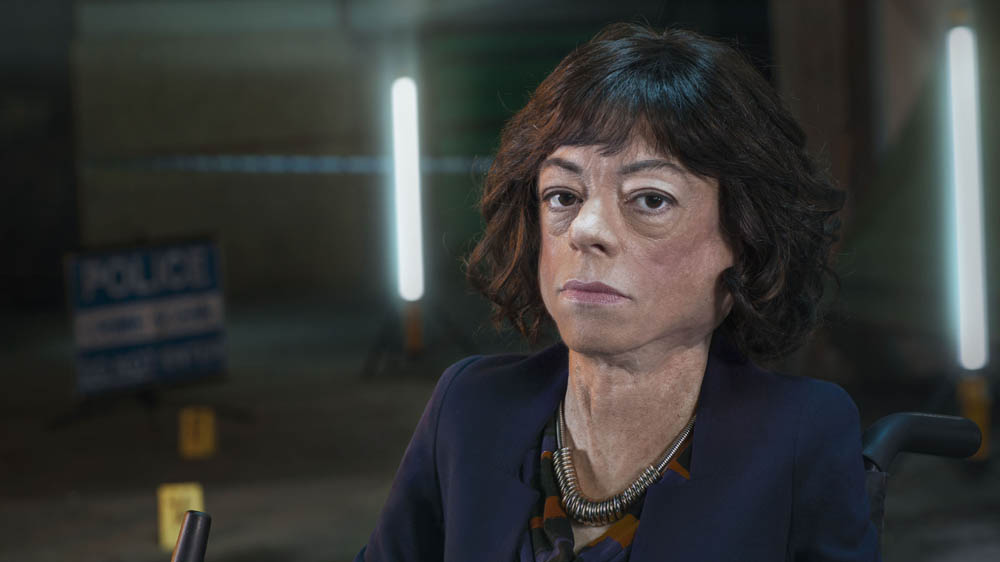 Sasha’s life goes from bad to worse as tracking software on her phone suggests she may have led Ben to David and Joe and therefore, inadvertently, she may be responsible for their deaths.

Ever investigative, Nikki questions the case against Ben and points out that his DNA is only on one murder weapon. Furthermore, the killings don’t match Ben’s established MO. It’s clear Ben’s been set-up but the police remain resolutely determined he’s their man.

The reveal that Oliver is the killer is subtly woven into the story, as the hitherto mild-mannered character had appeared seemingly fully integrated with society. Flashbacks to Oliver as a child hint at a boy traumatised. His deception is unmasked, however, when Ben arrives at his house and Oliver twists the situation to his advantage by killing his wife and wounding himself so that it appears Ben attacked them.

Oliver isn’t quite clever enough to stop the ever-determined Nikki from realising a link between his victim, Charles Moore, 14-years ago and the deaths of David and Joe. A fracture reconstruction establishes the method of killing between all three victims is identical and places Oliver squarely in the frame. As they build a case against Oliver, it’s questioned whether he had in fact known Charles rather than it having been a so-called random killing. 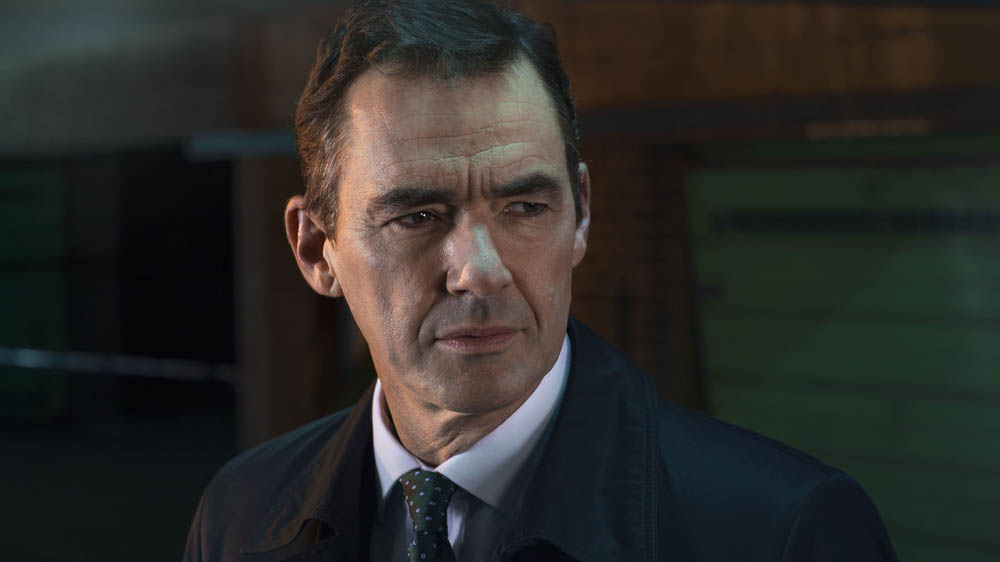 There’s a hint of desperation in Oliver as he takes Sasha and her family hostage in her house whilst the police surround the area. It’s a typically tense sequence as Sasha tries despairingly to talk Oliver down and let them go. ‘I know why you killed Charles Moore, I know the truth, Oliver. Charles took your mum away,’ Sasha pleads and we realise Oliver is, to all intents and purposes, still a traumatised little boy. ‘I showed him I was strong,’ paints Oliver as emotionally deficient; he’s killed because he lacks a mother figure.

Sasha realises Oliver sees her as a substitute mother and it’s down to her to put an end to the situation. He believes he needs to protect her, ‘I don’t need you, Oliver. I’m not your mum,’ Sasha tells him. This is the catalyst that allows Oliver to let Sasha go and when Nikki, Jack and DS Mitchell enter the house, Jack notes that Oliver has cut his own throat. It’s a tragic if fittingly violent end to the wave of destruction he caused as a man who was unable to grow, as he should have done.

In the coda, we see Marcus drawing Connor Blake’s face as Connor himself languishes in another cell. There’s no redemption for either character and, elsewhere, Sasha visits Ben with a renewed spark between them that suggests Sasha hasn’t entirely learned her lesson.

Silent Witness remains on remarkable form as we reach the halfway point in this so far incredible nineteenth season of BBC One’s long-running crime drama. Here we’re provided with a socially and morally aware outing that examines the very basics of human emotion and the insatiable need to fit in.

As with last week’s politically relevant tale, ‘Life License’ once again shows a series unafraid to tackle the difficult issues and weave them into a gripping, darkly told story.

What did you think of ‘Life Licence’? Let us know below…