BBC Three’s new drama series (and we don’t get to say that often enough these days) is certainly brimming with mysteries set against a beautiful landscape.

Kyle (Joe Layton), who seems to be going through some stuff – we later find out he recently suffered the death of his child and the subsequent breakup of his relationship – embarks on a holiday with his friend Budgie (Theo Barklem-Biggs) to decompress. Once our heroes arrive in the Cook Islands, they enlist the help of Dries (Barry Atsma), who procures for them a local hallucinogen.

What ensues for Kyle is a series of chilling visions of a mysterious young woman (Shushila Takao) in a red dress, at first pleading for help, then dead. The ensuing hangover finds Kyle wake up nude in a justifiably perturbed local woman’s boat, and Budgie experiences predictably nervous straight-dude panic on waking up in bed with Dries. 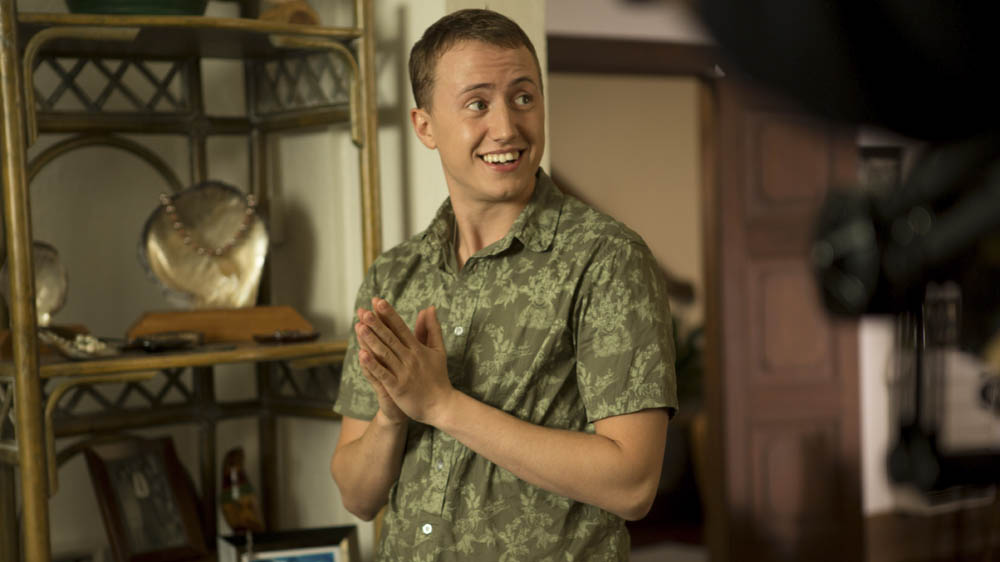 Later, Kyle finds her body while swimming just off the beach; when the authorities investigate, the scene has vanished without a trace. All are content at this point, and quite rightly so, to chalk Kyle’s assertions up to a bad trip, until it comes to his attention that the woman is, it turns out, Aumea Vaipiti, a member of a prominent local family living in New Zealand – and if her arrival at the local airport is any indication, she’s very much alive and well.

Kyle becomes convinced that Aumea is in great danger, but it may be a few episodes before we fully learn what his visions mean. Then there’s Kyle’s tattoo, which he claims sprung entirely from his creative imagination, and bears an uncanny resemblance to a local symbol of some considerable, but as yet unknown significance. 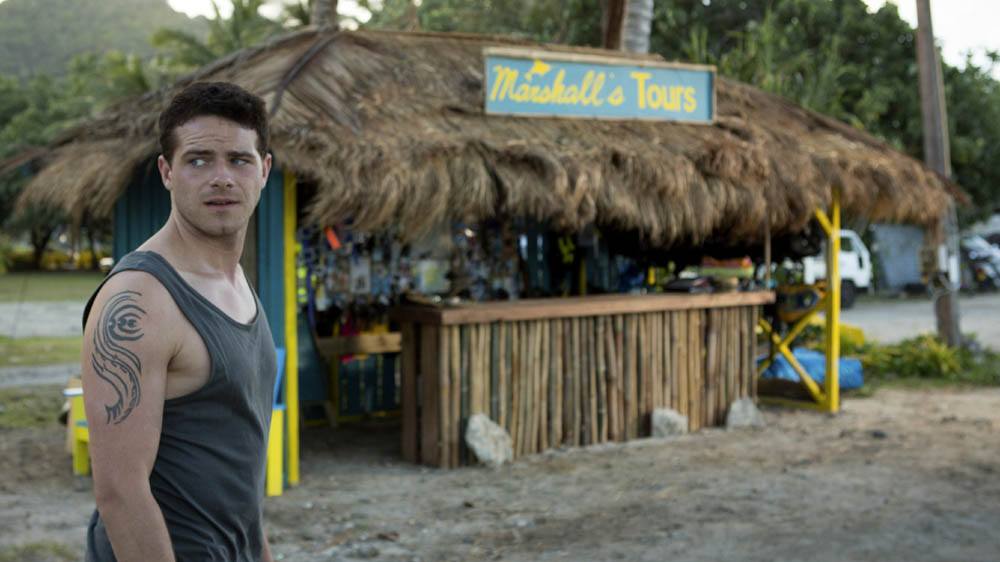 As an opener, it’s okay, but there’s something that unsettles me about Tatau’s first episode: here we have two white dudes who flagrantly disregard local custom and belief, because why, they want to get smashed?

Granted, this is met with disapproval, and leads them down a path of mystery that will no doubt get more crazy and dangerous before we find out exactly why Kyle saw Aumea’s dead body and we find out what his tattoo is all about, but do the ends justify the means as the tourists continue to offend their hosts?

Are we supposed to think their disrespect for the local community is massively obnoxious or not? I’m just not sure, and that makes me uneasy. Why does it take a couple of white dudes, and not very likeable ones at that, to come in and be the heroes of the story?

Tatau may well redeem itself as the story unfolds, but for the moment, I’m sceptical.

What did you think of Tatau? Let us know below…