As BBC Three’s Tatau descends further and further into visions and spirits and very unpleasant people, I find myself admittedly curious as to what the actual heck is going on.

Okay, so maybe Lara’s one of the few reasonably sane people in the show, at least inasmuch as she’s secretly working for the authorities while being Maui’s girlfriend, and keeping tabs on his very naughty pearl-embezzlement business with biker dudes.

What she discovers is that her boyfriend is as good at pretending as she is (read: pretty good) as he manages to convince mum and pop that it was all Dries’ idea and he’s properly angry that somebody’s been stealing pearls. 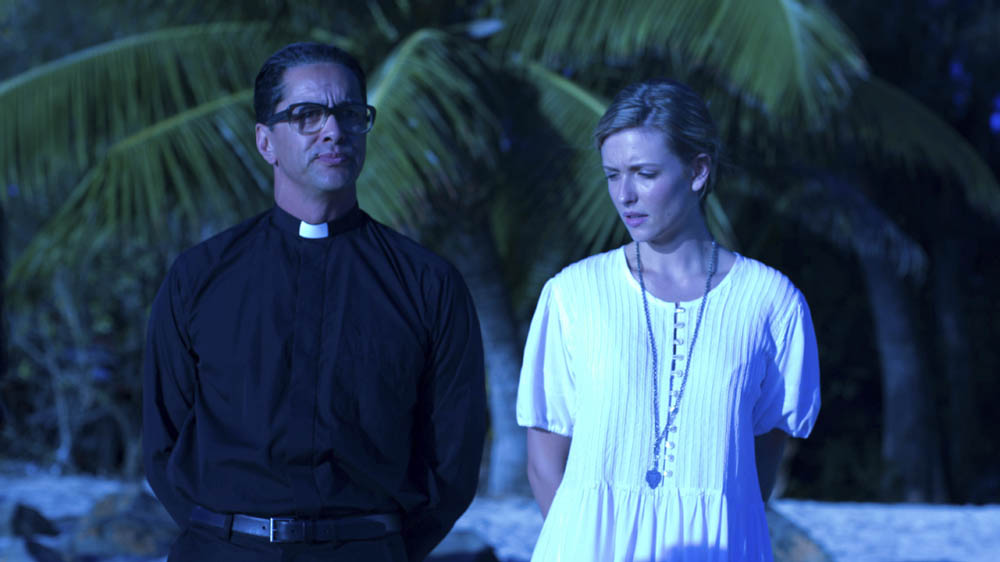 Is Tyler legitimately on side with the Reverend’s creepy religious hogwash, or is she pretending because she’s justifiably terrified of him? I don’t know anymore. We see her switch out her typical beach uniform for a modest sundress and sing in church – I hope she’s being clever, but fear it’s just as likely she’s being manipulated.

Aumea’s husband-to-be, Koringo (Rawiri Jobe) continues to be a generally nice, helpful gentleman, in the face of the kind of escalating ludicrous activity from her family and friends that a respectable professional probably wouldn’t want to associate themselves with. He rescues Kyle from interrogation by the authorities, and as a gesture of thanks, Kyle investigates the contents of his study. Real classy, dude. 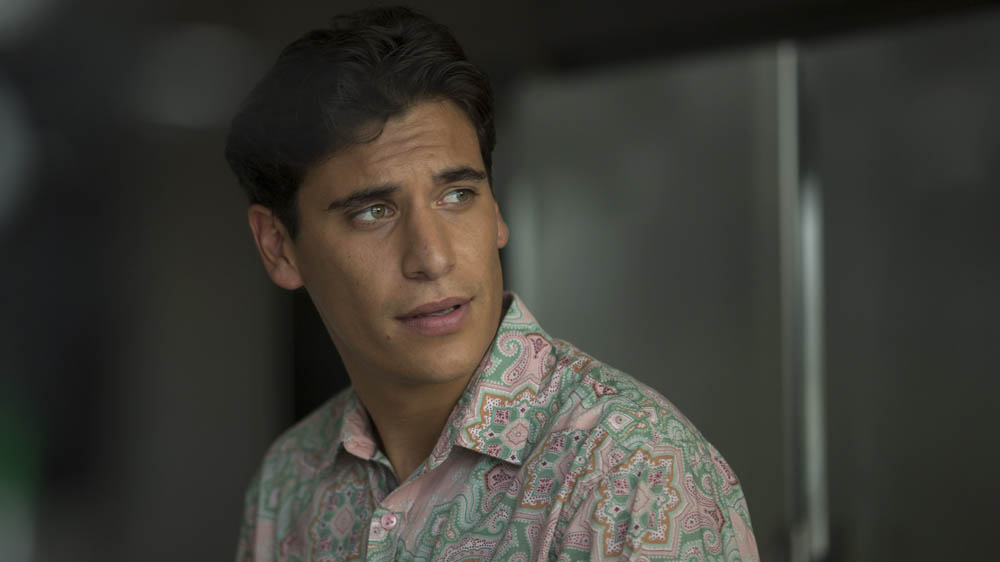 Kyle doesn’t trust Koringo because he loves Aumea, apparently. He probably doesn’t even know what her favourite pizza topping combination is. Koringo probably does. And he probably hasn’t had visions in which he kills her.

Yeah, freaky stuff. It’s after the murder vision that Kyle confesses the extent of his Tragic Back Story. We knew it was coming. A sad story indeed, but I struggle to feel for him terribly because, well, he continues to excel at making such poor judgments that I fail to understand why the entire southern hemisphere has yet to deport him. 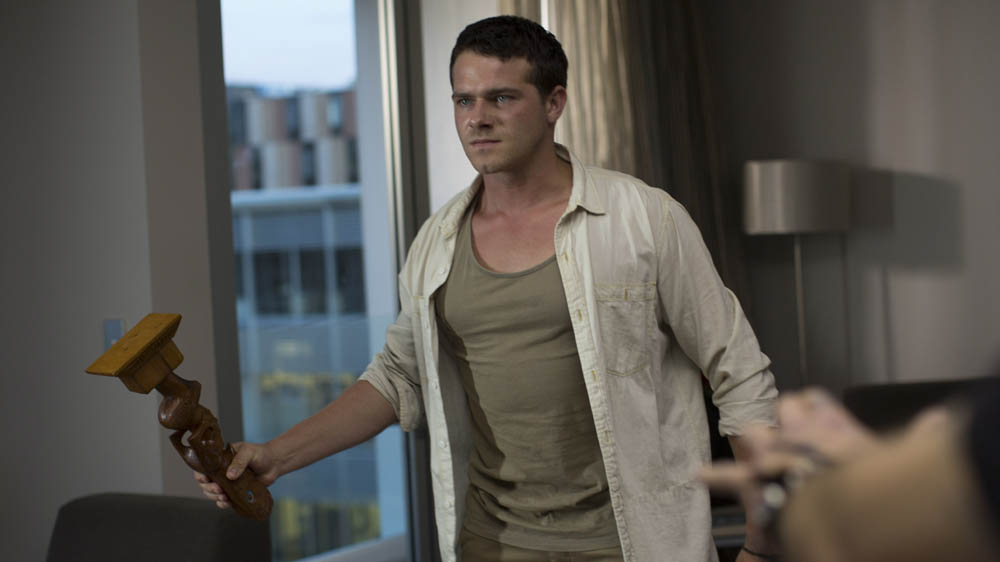 At least we’re granted the small mercy (I guess) that Budgie’s not quite dead yet; granted, he’s not very well, but there’s always hope. And what’s more, he’s a ghost, kind of! Budgie certainly takes a surprisingly casual attitude to his out-of-body experience, though whether this is actually some sort of ghostly projection or a product of Kyle’s decidedly imaginative mind, it’s impossible to say.

Still, maybe being an incorporeal vision/figment of your bezzie mate’s imagination is fun. Good for you, Budge.