A twist ending can pay off beautifully, but it’s always a gamble.

As for Tatau’s conclusion… Well, that certainly got extra-fantastical, didn’t it?

If Calcott’s is the only church on the island, I feel especially bad for the random parishioners that probably just want to show up in their nice hats, sing hymns, and then have a nice cup of tea without biker brawls or creepy visions. That’s unfortunate. And he’s not even the craziest weirdo in the story.

The shining beacon of light and reason in this story is Lara Morgan. I can only hope that she’s at least a good enough police cop that Maui’s been let off with a few weeks’ community service, and they can live happily ever after. For a dude who’s been kind of a jerk, at least it makes sense why he would have been. So that’s one good thing. 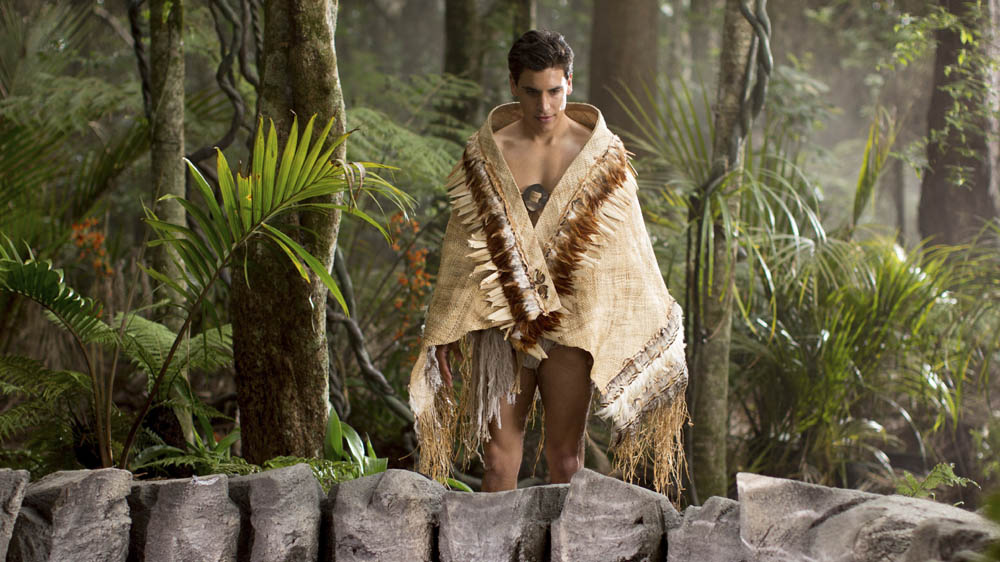 And quelle surprise, Koringo’s so creepy he’s not actually even Koringo! He’s got spirit magic and doesn’t respect women! And to make matters even wackier, he’s one of those water spirits they mentioned one time in a parable that it turns out aren’t mythical at all!

This might seem a smidge less hokey if we’d had any foreshadowing suggestions of his magical nature prior to this episode. Here I was thinking he was just a sociopath who doesn’t get that actually loving somebody means accepting their decision when they don’t consent to being taken to the island’s equivalent of the underworld.

And Kyle’s visions did come to pass, but so did the bit where he still saves the day anyway, and they all live happily ever after, because apparently on this island, you don’t need to worry about things like immigration and work permits if you want to set up shop as a pearl farmer. 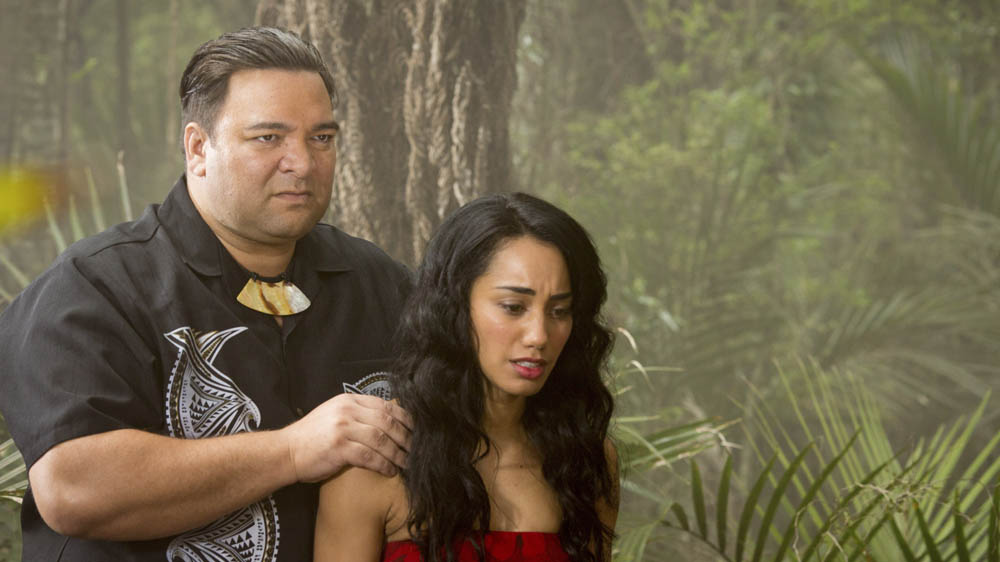 Finally, the danger’s all over – or is it? Dun dun dunnnnnnnn!

I’m going to go out on a limb and say that it is: if the fact that the last four episodes were rushed through as double-bills can be taken as any indication, there’s no way this nonsense stands the remotest chance of being picked up for a second season. May its cast and crew be free to go on to much, much better things. Please.