Lisa Lynch caught the public’s attention several years ago when, in an effort to deal with her breast cancer diagnosis and treatment, she began a blog as an outlet to cope with her condition.

That blog would later become best-selling book, The C Word, the events of which inspired this stunning feature-length BBC One drama.

Sheridan Smith puts in a career-defining performance as Lisa, fashioning a role that is both tragically human, effortlessly real and utterly compelling. Smith has proven her skill in recent dramas (The 7:39, Mrs Biggs, Cilla), but the fact that this is a true story lifts it beyond traditional UK TV fare. 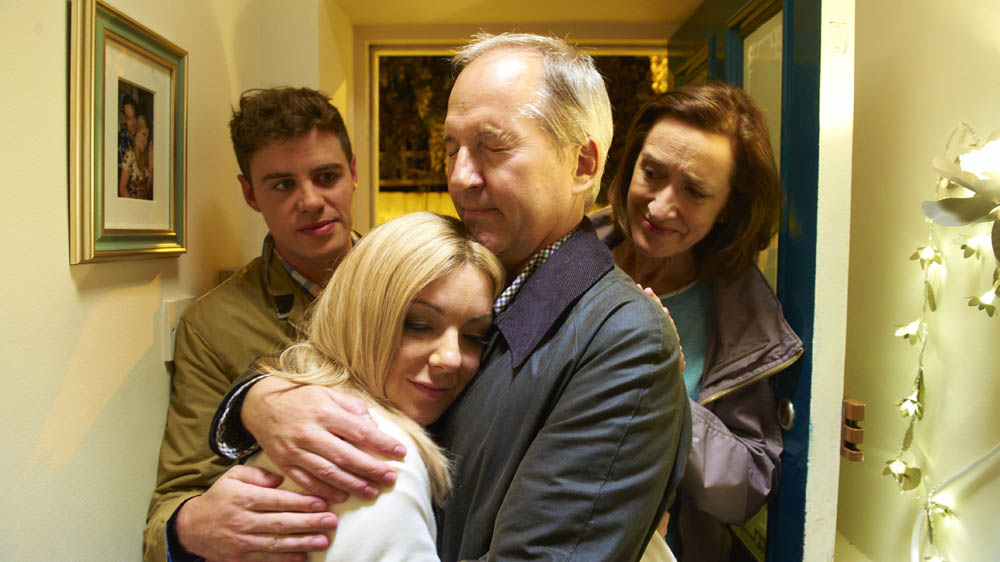 Smith’s natural warmth helps us to establish Lisa as a bubbly, popular and vibrant individual, less than two years into her marriage to Peter (Paul Nicholls) and looking forward to her younger brother Jamie’s wedding. Portrayed as such a positive and life affirming person, this makes what happens next all the more heartbreaking.

“I’m afraid it’s not a cyst. The signs are consistent with breast cancer,” Lisa’s doctor informs her. Suddenly the happy music and the laughter of the first ten minutes of the drama fade and we embark on, what is at times, a harrowing journey for Lisa.

Smith became friendly with Lisa through Twitter and was honoured to take on the role at Lisa’s request. Her devotion to the project is obvious as she shaved off her hair and removed her eyebrows for the role to accurately portray the effects of the chemotherapy and help visualise just how much cancer takes away from you physically. 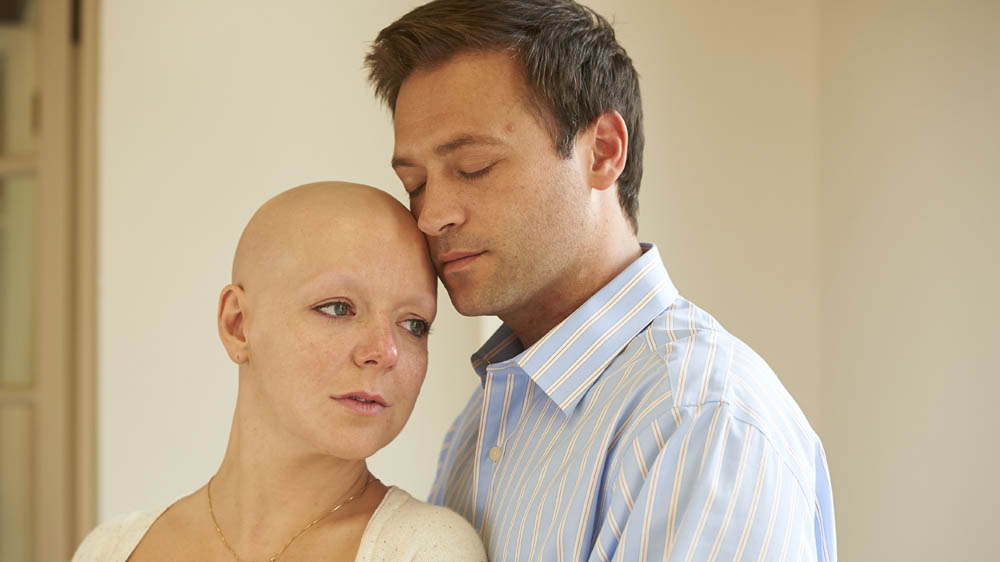 In one particularly affecting scene, a bald and broken Lisa, donned in an androgynous hoodie, cries watching her wedding tape, judging her present self harshly, against the more feminine version of herself in the video. It’s an incredibly moving sequence and Smith is aided well by screen husband Nicholls, making a believable couple, both struggling under the enormity of Lisa’s cancer.

The one-off film is an educational and sympathetic piece, highlighting not just the outer struggle in dealing with the disease, but the inner struggles of how all-consuming the condition can be in all aspects of a sufferer’s life.

“I’m so ugly Pete, I don’t recognise myself,” Lisa explains, before tragically admitting: “Some days I don’t want to wake up.”

That said, this is not a depressing piece. The C Word explains very clearly Lisa’s motivation to cope with her condition with strength, grace and good humour and does so amazingly well. 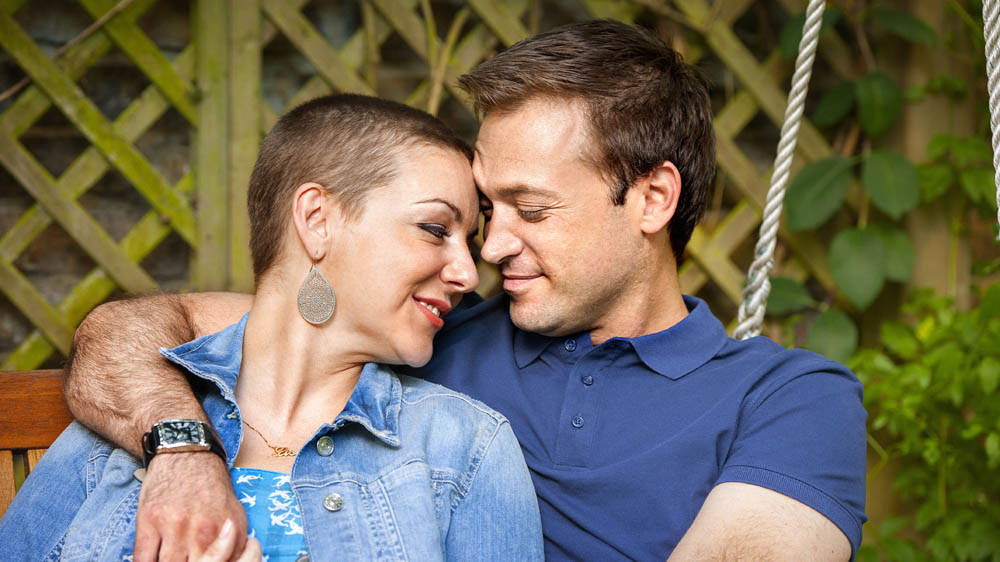 It is, as is true to life, punctuated with a lot of humour and sentiment. Particular highlights include the mocking of the NHS wig collection and a very touching scene where Lisa has to get naked for a spray tan, displaying her surgically adjusted breast.

Helping us to understand the emotional complexities of this horrible disease, Smith’s revelatory performance makes The C Word a fitting tribute to the events that inspired it, but most importantly to the life of Lisa Lynch, who passed away in 2013 at the age of 33.

> Order The C Word on DVD on Amazon.

What did you think of The C Word? Let us know below…