It’s the era of Crumb Well, and oh, you know what? We can’t pun anymore. Things are getting serious.

Well, as serious as they can get in Tudor Week for the Bake Off tent. Only five bakers remain, but it’s certainly beginning to feel a lot more claustrophobic. First challenge is to make a display of shaped pies.

Andrew, a trifle nervous about the curse of Star Baker, isn’t certain about exactly when the Tudor period is. Selasi, who’s looking to get his game (pie) on, sets him straight. Ah, Selasi. Probably spends his evenings whisking while reading the latest Hilary Mantel. Jane is making a Tudor Rose made up of sixteen pies. As Mel quips, with Jane, you’ll see more (Look, we said we were giving up on the puns. We didn’t say anything about Mel and Sue). 7

On the subject of seeing more, Candice has set her sights high: making an ox cheek and oyster pie. It’s the most obviously Tudor flavoured of the pies on offer, and is indicative of Candice’s MO: so much so that she always seems to worry the judges about the length and breadth of her ambition. She hasn’t been toppled by it so far; but it’s notable that the judges often voice concern that she takes on too much. 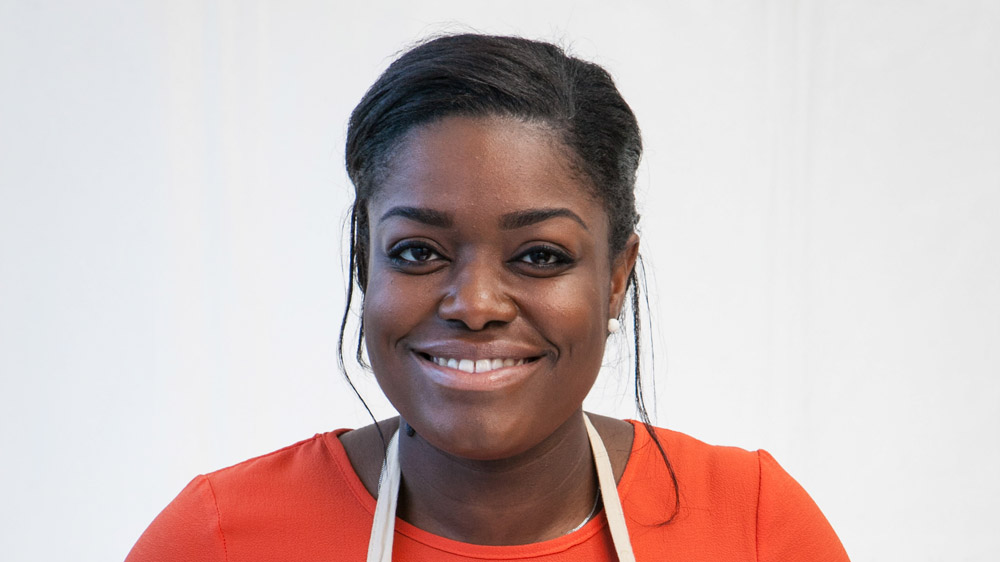 Benjamina appears to have lost much of her mojo this week, contemplating her bakes with a defeated air. She glances over at someone else’s offering. ‘They look kind of Tudor-y.’ She glances back at her own pies. ‘They look .. different.’ There’s a decent stink coming from the pot on Selasi’s stove. Everyone wrinkles their nose, Selasi protests: ‘I showered this morning.’ A nation contemplates that image for a moment. A few moments later, the deadline looms. ‘Can I bribe you? For more time?’ Mel admits that she’s ‘seriously tempted.’

Benjaminia looks over at Andrew’s clockwork pies (yes, he made a clockwork pie. Why aren’t you watching?). ‘That’s so sick,’ she declares. The judges generally agree, and also have good words to say about Jane and Selasi’s offerings. They’re impressed by Candice also, although she’s warned once more that she takes on ‘quite a lot’. Benjamina is told the Mexican flavours in her Tudor pie are stunning (yeah, we missed that lesson in history too), but that her pastry is poor. 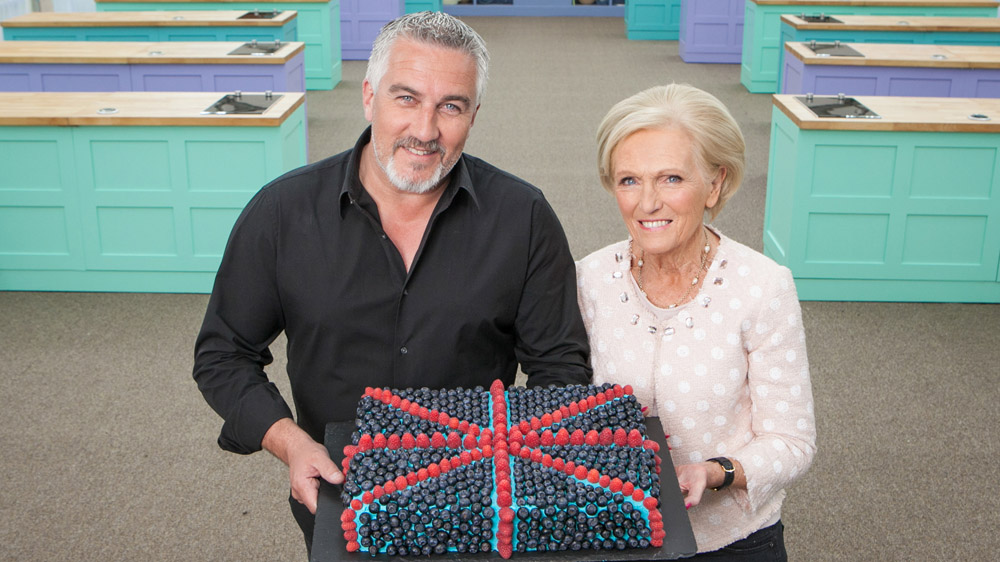 For the Technical Challenge, Paul intones a warning: ‘Follow the pattern carefully’. Is it just is, or do Paul’s cryptic clues sound increasingly like he’s the wizard in a mid-eighties computer RPG? The bakers are quested to make a batch of jumbles – six of each design, one and a half hours of baking. Jane is rattled: ‘My heart sinks when they say it’s a Paul Challenge.’ Well, if that don’t just take the biscuit.

We spoke last week about Andrew, that he has the air of a man that previously only lucked into this competition, and is now terrifyingly delighted that he might actually have a shot at this. Almost exactly the reverse of Benjamina, who keeps on stealing furtive and rueful glances at other people’s bakes, finding her own lacking.

Candice, meanwhile, for the second time in as many weeks gets slightly confused by maths. But she shows the Growth Mindset that you’ve heard your kids go on about, and finally produces the correct answer, although not without struggle: ‘That was painful,’ she remarks.

Less painful (for her) is the result, where four of the bakers get comments ranging from ‘quite pale’ to ‘a bit strange’. Candice, however, is the clear winner. 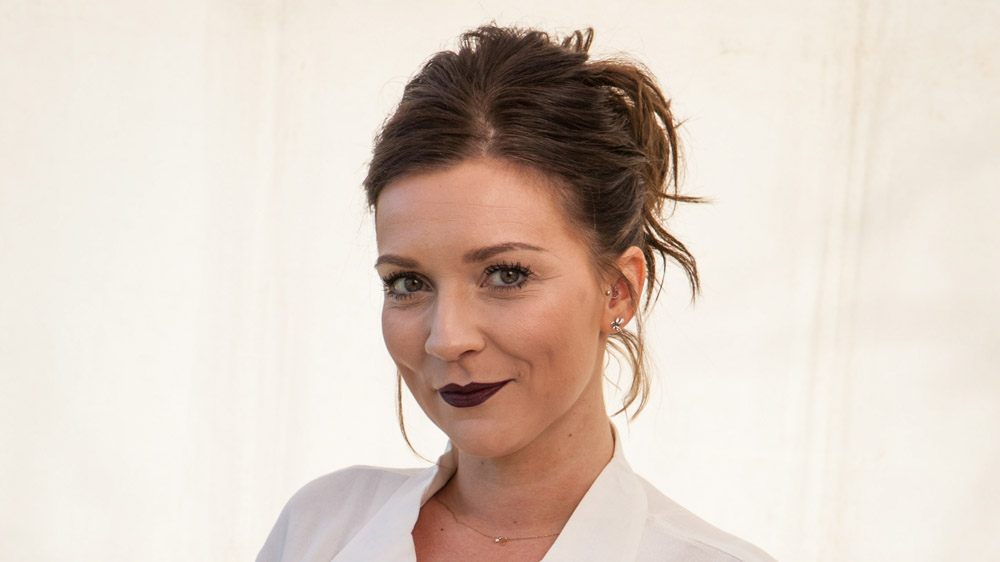 For the Show Stopper, it’s a March Pain (which, yes, includes marzipan)., which appears to make most of the bakers feel like they’ve just been swiped right on Henry VIII’s tinder profile. ‘I haven’t got the best feeling,’, Benjamina says, while Jane is a lot more blunt: ‘This could be my last week,’.

Between them, their ideas are sound: Benjamina tackles a Tudor garden maze, while Jane is sticking with Tudor swans.

Andrew, meanwhile, has a couple of jousting knights on horseback (we would tell him that’s not exactly where a gentleman’s lance should go, but it’s so much more fun to let the boy work it out for himself), and Selasi – clearly a lad who’s done his homework – has a piece that represents each of Henry’s wives. And Candice produces a full feathered peacock. Because of course she does: those warnings about reining things in have clearly had no effect. And why should they?

Candice, then, wins Star Baker (for the third time), while Benjamina is the one to go home this week. Which means we don’t really get to revise our opinion on how things are going to play out in the kitchen. Jane had a few weeks where she really sparkled, but she’s too likely to fold like a underdone sponge when things get too harried (although we’d be delighted to be proven wrong). 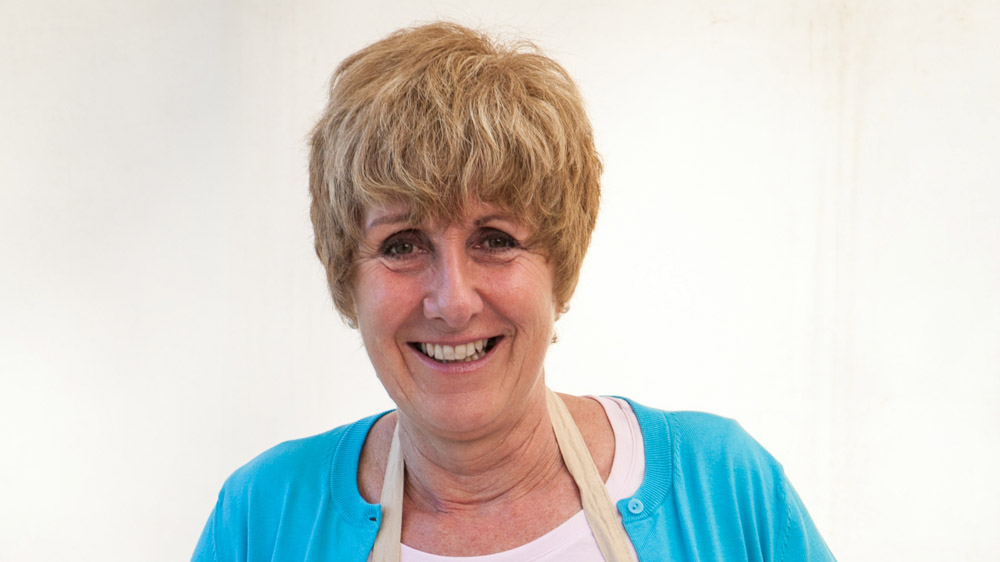 Selasi will probably go next week – he has great, interesting ideas, but too often he doesn’t demonstrate the skills to back them up. So, as long as she doesn’t let ambition caramelise into folly, it’s gonna be Candice. To be fair, it always was.

(PS: oh, you’re still here? Good. Shh. Listen. It’s very likely to be Candice. But in the past two weeks, Andrew has truly upped his game. Whereas Jane managed it for a while before stumbling, Andrew merely continues on his upward swing. Love The Ginger, Flout The Pout.)