When the BBC gets it right, it often gets it very right.

You only need to look at the likes of Life on Mars, Spooks, Sherlock, Luther and more recently Happy Valley for evidence of that. Unfortunately, The Interceptor is not up there with those shows.

It’s a shame, a real shame because the concept is sound. UNIT, a team who go after the big fish, the top dogs who all too often escape justice. In American hands this could quite easily have been a solid, if not exactly ground-breaking, long-running procedural.

Everything within The Interceptor comes across as a cliché. The damaged main character with emotion and anger issues, check! Stay at home wife permanently concerned for his safety, check! Best friend injured in the line of duty, check! All the old tropes are in there.

This is a pity because under all of this there is a serious show. There are strong actors here, but they are drowned by a poor script and one dimensional characters. It’s hard to care about any of them because none of them are that interesting. 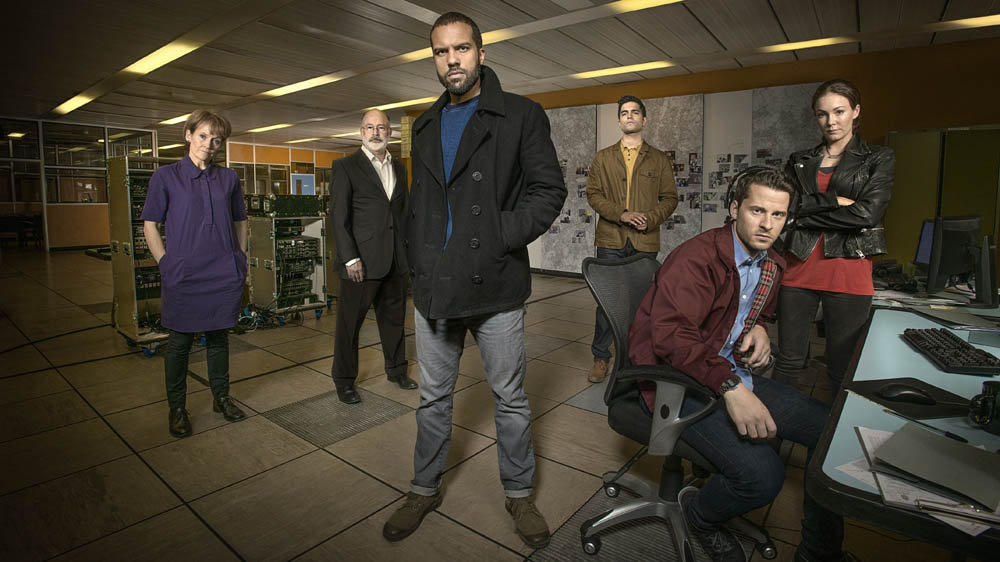 Written by Tony Saint (Strike Back), the first episode introduces us to Ash (Looking actor O-T Fagbenle), a customs officer frustrated at never being able to go after the big fish. When his friend is paralysed following a botched sting operation, this sets him on a path of revenge that sees him recruited by the mysterious Cartwright to UNIT. A host of familiar faces pop up in supporting roles with Paul Kaye playing a crazed bad guy for a change.

EastEnders actress Jo Joyner (as Ash’s eternally concerned wife) is criminally underused and one dimensional while Trevor Eve (popping up as Mr Big himself right at the end of the episode) is perhaps one cliché too far!

Following last year’s ill-fated By Any Means, it’s hard not see The Interceptor as BBC One’s latest attempt to entertain the Spooks demographic, which doesn’t do it any favours.

It is perhaps cruel to even try and compare it to that show because, given time to gets itself and established the characters, t has the potential to grow into its own thiing.

> Order The Interceptor on DVD on Amazon.

What did you think of The Interceptor? Let us know below…