Our heroes sit, exhausted and broken, saying nothing. The years have not worn well on them, and it shows.

Thomas works at a rain-soaked drawing, shakily attempting the same line over and over again, not out of the joy of creating, but of the need to think about something other than the mud and the rain and the montage of death that plagues him.

“We could still win,” Michael asserts to Freddie, who has been a voice to the darker possibilities of their lives. It sounds as though he’s trying to convince himself as much as his friend. When Freddie is shot and killed distracting their British captors to allow Michael to escape, he is not allowed the luxury of stopping to grieve. It’s so tempting to steel oneself against investing in characters you know have a high likelihood of dying, but I really, really liked Freddie.

The parallels continually drawn between Michael and Thomas continue, and close encounter in this episode brings with it that futile glimmer of hope that if they did meet, they’d understand that they’re just the same. But we know that’s not true, and I dread what will happen when they do. It can’t end well. 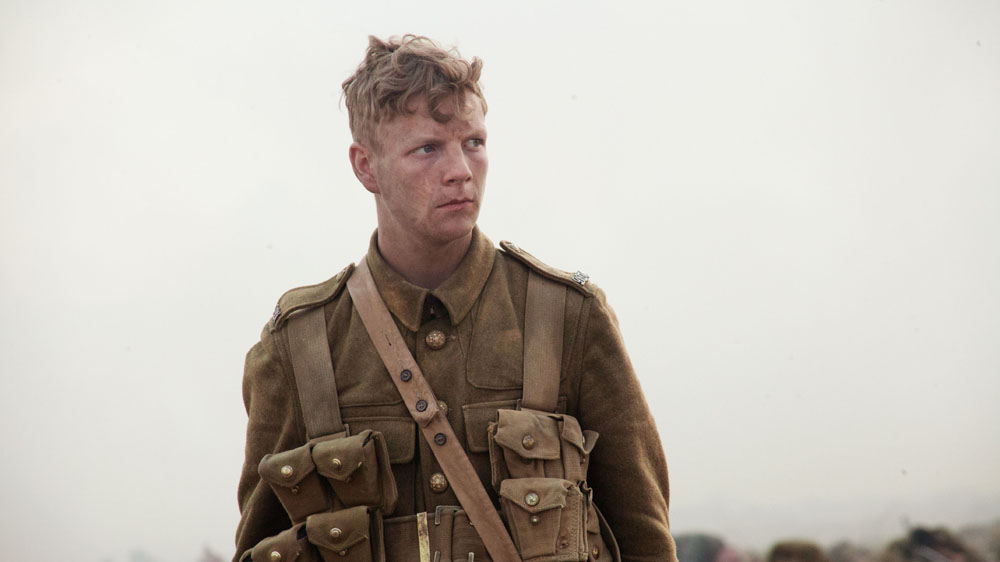 But the episode cleverly avoids an endless and unbroken thirty minutes of grim resignation to the horrors of war: in the instant that Joanna announces her pregnancy, Thomas’ expression turns back to that of a nervous little boy. It’s a testament to the acting chops of both Gibson and Lowden that they are able to shift so seamlessly between hope and despair, from idealistic, innocent optimism to pure survival instinct with no space left for wishes or miracles, and back again, and we believe it.

As for the supporting cast, young Derek’s breakdown is heart-wrenching: it really doesn’t help that his coat looks to be about three sizes too big, either. We are reminded by the boys’ mothers of that hopeless state of waiting, the experience of grief that comes with knowing nothing and being unable to affect any meaningful change.

If this series isn’t slowly breaking your heart, I’m not convinced you have one.