‘That’s something, isn’t it?’ Hershel Greene remarks to Rick Grimes as they look over the rural splendour and tranquillity of the Georgia countryside. It is (although, oddly, it looks more Scandinavia in high summer than Southern America) but there’s always darkness lurking amid the beauty in The Walking Dead – and that’s as good a metaphor as any for the multi-layered subtlety and shrewdness of the show’s scripts.

The writing is often overlooked amid the action sequences, but this isn’t a case of bad dialogue being buried beneath gruesome makeup and bloody special effects. There’s a poetry to a lot of the lines (Hershel in particular gives homilies with an almost Biblical quality to them, making him seem like a modern day Old Testament preacher) and a succession of moments that resonate within all our emotional memories: the comfort of human touch, sexual tension, guilt, embarrassment…

There’s enough material in this post-apocalyptic thriller to keep a soap opera in business for years. (There’s also a lot of clever foreshadowing: hints at plot strands disguised in throwaway comments between other characters that are only noticeable afterwards – the surprise at the end of the episode is innocently referenced earlier by someone only tangentially connected.)

Speaking of soaps and emotions, this is an episode bubbling over with romance, flirtation, love and sex. The attraction between Glenn and Maggie – hinted at last week – blossoms rapidly.  ‘I hear you’re fast on your feet and know how to get in and out,’ she says to him, causing him a heart attack of mortification until he realises she’s only referring to a scavenging trip to the nearby town.

Except, of course, that’s not all she’s talking about; an awkward chat about condoms and girlfriends in a wrecked drugstore turns into something deeper about loneliness and the need for warmth and Maggie says, matter-of-factly, ‘I’ll have sex with you.’

‘Really? Why?’ Glenn mumbles disbelievingly, but when she strips off in front of him it becomes clear she’s in serious earnest. Afterwards, when they get back to the farm, his post-coital grin is as wide as the greens at Augusta National Golf Club. ‘Don’t spoil it,’ she warns him.

Elsewhere, there’s another sexual subtext – and not such a pleasant one – in the scene where Shane (now dressed in the hillbilly dungarees of a man whom he left to have his brain eaten) shows Andrea how to disassemble and reassemble a gun. Like all scenes featuring Shane in light of what happened to Otis, it’s oddly chilling and contains none of the uncomfortably genuine sensitivity demonstrated by Daryl when he presents Carol with the titular Cherokee Rose.

Speaking of the redneck Bear Grylls, is it wrong to suggest his gruff congeniality is a bit boring compared with the bigoted craziness of his white supremacist brother? Yes, Merle was a despicable character, but in dramatic terms, he was far more interesting. At present, a bit of conflict within the group of survivors would be a welcome change from the current dynamic – and hopefully, Shane’s spiral into psychosis will bring it.

This isn’t a boring episode, though – The Walking Dead simply doesn’t do dull. In spite of the proliferation of intimacy and warmth, there are still secrets being kept, Hershel’s kindness doesn’t extend anywhere near as far as Rick hopes, and there’s a gloriously ghastly monster-of-the-week set piece involving a Walker which resembles a bloated Boss Hogg with gills. Yeah, this show is something, alright.

What do you think of Season 2 so far? Let us know below… 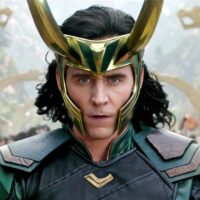