What a long emotional journey it’s been, seven years in the lives of nine young people growing up in England in the 1980s.

This Is England has been criticized by many as to the accuracy of its portrayal of youth culture amidst this green and pleasant land, with the question “Is this England” having been asked frequently. In the final episode of This Is England ‘90, and the final chapter of the saga, Shane Meadows and Jack Thorne addressed that question and provided us with an answer I didn’t expect.

For those of us who were there for the summer of ’83, for the World Cup campaign on ’86 and for the three dark days of Christmas ’88, This Is England ’90 rewarded us with a complete year to end the story.

Here we are in winter, bleak and cold, an overture to what might happen next in this specially extended episode running at feature film length – just ten minutes short of the feature film that gave birth to the saga.

Last time we saw Combo (Stephen Graham) he had just been released from prison and was coming to terms with his new found freedom and the realization that perhaps he was not alone in this world through the support and rehabilitation offered by Woody (Joe Gilgun) and Lol (Vicky McClure).

Episode 4 opens with Combo being offered a support position by the nurse (Gwen Park) who helped Lol through her depression two years ago. We’re watching Combo, we’re waiting for the racist psychopath we know him as to surface, anticipating This Is England’s usual style of telling its’ story. Yet Combo seems different: apologetic, calm and somewhat displaced in trusting anyone including himself. This is a repentant man who’s served his time and had the time to contemplate how he ended up as the man he was and the man he now is.

The opening titles of this episode featured the speech given by Far Right spokesman Combo took Shaun (Thomas Turgoose) and the other would be skin heads to see back in ’83 coupled with imagery of skin heads doing what skin heads do best, violence, disorder and offensive salutes.

A clever opening leading on from the previous episodes’ exploration of past and future, setting the scene of ’83 when we first met these kids and giving context to the shocking racially motivated beating Combo committed against Milky (Andrew Shim). Linking the end of this story to what has gone before featured heavily throughout this episode.

We saw Shaun being given a camera by Cynthia (Jo Hartley) – “Obviously not new but as good as said the man in the shop” she says – Shaun’s mother has always had her son’s best interests at heart throughout his turbulent teenage years.

Shaun’s mother buying him something echoes her buying his clothes, a plot device that brought the youngster into contact with Woody and the others in the group back in ’83 and kick started This Is England. A simple scene, framed on just the two of them it brings a full stop to Shaun and his mothers’ time together on screen. 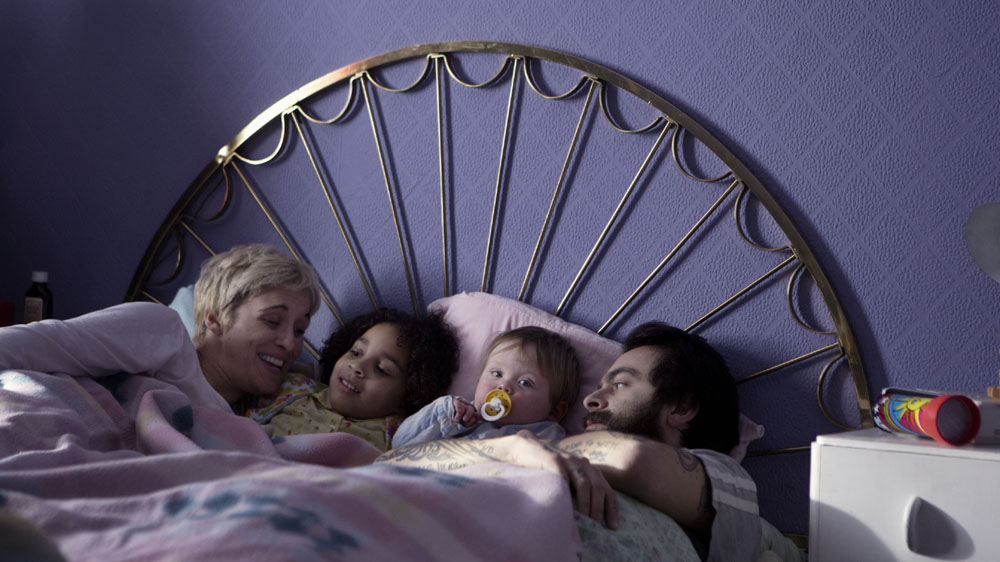 Lol, who is planning her marriage to Woody and whose sister has been missing for two months, asks Trev (Danielle Watson) to be her bridesmaid. When Trev agrees they hug which mirrored another shared hug when Trev told Lol of her rape by Lol’s father. This hug of happiness and love is a million miles way from the painful one shared in ’86 and to this reviewer shows Lol and Trev’s sisterly relationship even though they are unrelated.

Lol’s sister Kelly (Chanel Cresswell) last seen “chasing the dragon” was discovered by Harvey (Michael Socha) who throws her out of his flat much to the distress of Gadget (Andrew Ellis). Gadget’s unrequited love for Kelly – “She’ll sleep with any guy except you mate.” Harvey tells him – is finally defined.

Recurring throughout the This Is England storyline Gadget has been ever attentive of Kelly without really knowing who she is, he had no knowledge of her heroin abuse and she grows angry when he attempts to put an arm around her when she is at her most desolate. He doesn’t even know who her other friends are with whom she departs but as she sits alone in a dark corner listening to her new no hope house mates partying below she realizes what she has lost, friendship and all that it brings.

Harvey himself sits alone also, a telling shot where in the twisted world of drug taking Harvey must be evaluating what is a “good” drug and what is a “bad” drug”. It may have been the impetus for him to stop dealing ending his brief storyline alongside Gadget’s admiration of Kelly, both characters growing as they do.

We continue to witness to key scenes that define these characters, or as Shaun’s photography lecturer puts it: “Every moment in the world has a decisive moment.”

Combo’s attack on Milky, Trev’s rape, Lol’s suicide, the excellent Sunday dinner table scene from the last episode, we have been lucky (or unlucky) to bear witness to these events and it’s why this episode needs, even must, address those “decisive moments” and bring a conclusion to them.

So it did and in doing so addresses the “Is this England?” question. 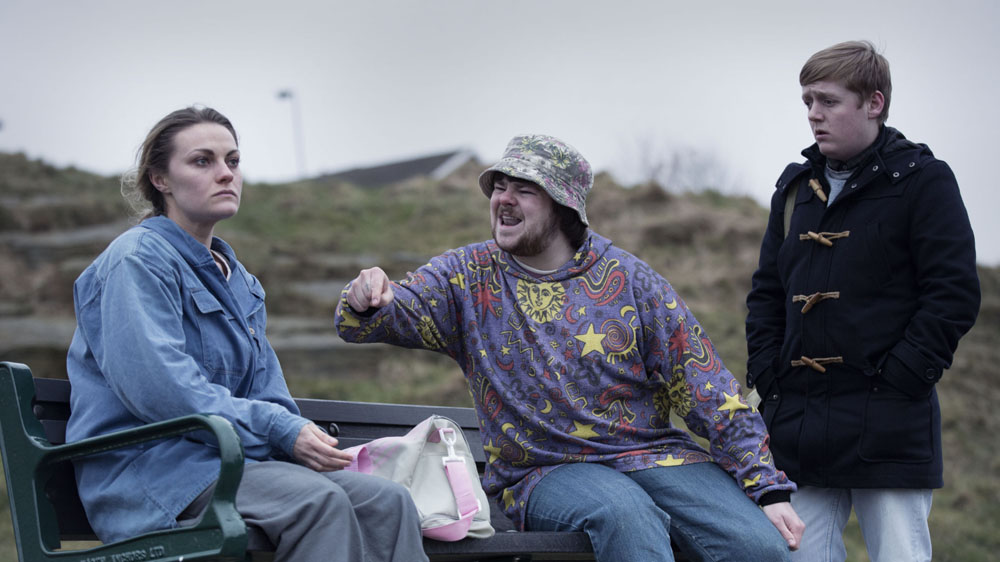 Combo, popping out for lunch, encounters Milky and racked with guilt, needing to apologize, forcing himself to confront his past actions accepts an offer to “talk” with Milky. They end up in an almost derelict café near the docks where Combo admits – “What I did to you that night was unforgivable, no man should do that to another man” to which Milky replies, “Combo, I wasn’t even a man.”

Both Shim and Ellis dealt with the scene well, verging on tears, each feeling the other’s pain. Combo finally tells Milky “It wasn’t even about the colour of your skin, I was jealous, I was jealous of your family, the love that you had in your life”. This was never about right and left wing politics, this was about a man who had nothing, no love, no family, no future lashing out at the easiest target he could find. As both men break down a file of Milky’s relatives enter the café and Combo’s fate is sealed.

“There was promises, Combo, that were made when my family sat around my bed and didn’t know if I was going to make it.” says Milky who has obviously accepted Combo’s apology but is no longer in control on the revenge that will be taken on the ex-con. It tells us we can’t choose our immediate family.

Not being able to choose family is a sentiment explored in the scene where Woody and Lol have a meeting to discuss the upcoming nuptials with Woody’s parents and Lol’s mum. If Woody and Lol had the choice they would never have picked on this particular confrontation as it brings to a head and conclusion the differences between the two generations and their families. Woody’s own father enforces it with his explanation of his genealogy with the Woodford family of Woodford Hall.

In the same way Lol and Kelly would never have chosen the father they ended up with but the writers are clever in presenting the scene between Shaun and his mother early on in the episode to show that not all related family is bad family. 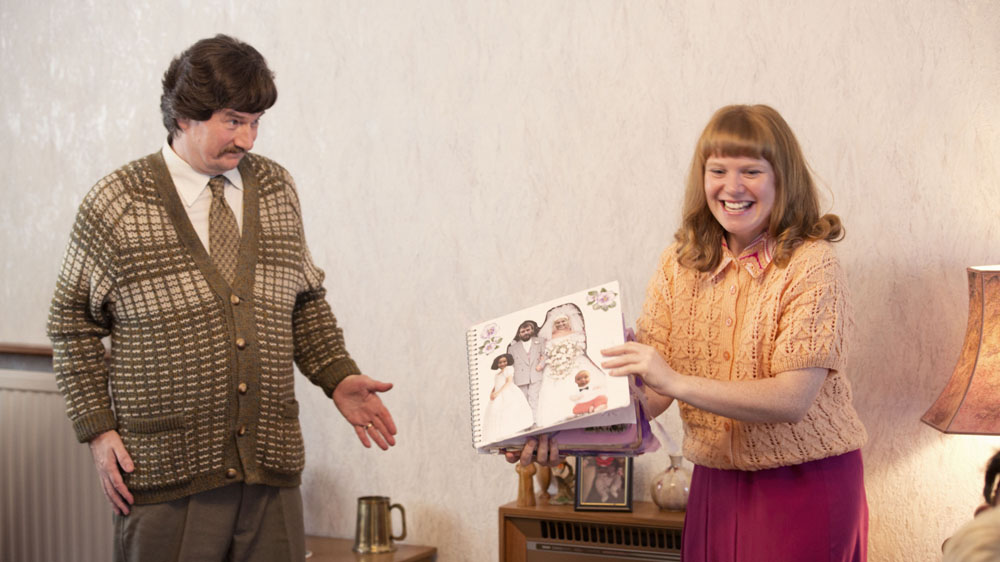 The question “Is this England?” asks if this an accurate portrayal of left and right wings politics, if the youth of that era were really like that? But the title “This Is England” actually is testament to Meadows writing skills, placing the story in a sink estate in the 1980’s that comes directly from his experiences.

The story’s themes could be set in any era and in any country, there could be a “This Is Scotland ‘00” or a “This Is New Zealand’15”. The message I take from “This Is England” is that the love and support of the people we choose to be around is important and significant, not the people given to us as direct family, it’s the most important theme recurrent throughout the telling of the gang’s story.

They were there for each other during the darkest of times, loving and supporting one another as decisive moments shaped their young lives. It’s a story that could be told anywhere at anytime.

Episode 4 concludes with this extended family of support and love partying at the wedding’s reception. Everyone is there, you’ll spot Meggy (Perry Benson) laughing, Flip (Perry Fitzpatrick) encountering Babs (Rebecca Manley) which must be a match made in heaven and of course Smell (Rosamund Hanson).

Throughout my reviews of this season I had championed the reuniting of Smell and Shaun but the scene where they meet one another shows how much Shaun has matured while Smell seems to have stayed in the exact same spot as when we first met her. Fear not though as our young Romeo seems to have literally found his Juliette.

My worries of Woody and Lol being drawn into Milky and Combo’s confrontation were unfounded, my fears of Kelly being involved with that showdown also evaporated when Kelly returns to the love she had known with Lol and her friends who welcomed her back and whose support we know will help her beat her addiction. Only Milky seems perturbed by the show’s end as he contemplates his related family and the lie that he must forever tell the “family” he surrounded himself with.

It’s been almost a decade this story began. The final episode ends it and ends it well. We are better for being part of Shaun, Woody, Lol, Kelly, Trev, Combo, Harvey and Gadget’s lives.