The team behind BBC Two’s fantastic Olympics sitcom Twenty Twelve are back with another satirical swipe at the modern world, and this time the BBC is in their sights.

Well, it’s not solely the BBC under attack here. Like writer/director John Morton’s previous series, which didn’t attack the Olympics, W1A lampoons administration and management. Or, rather, those in managerial positions without any actual power and, in fact, no ability.

Ian Fletcher, played again so wonderfully by Hugh Bonneville, is employed by the corporation after his success at London 2012’s sporting event (where he was the Head of the Olympic Deliverance Commission) as Head of Values due to some “recent learning opportunities”.

There he is confronted with the challenges of a new job (not having an actual office, for example) and also having to handle regional issues in the form of Nigel Trescott (comic actor Simon Greenall) who believes that Cornwall and the Cornish are being under represented by the BBC. Amusingly, there are a few other regional issues going on, notably Welsh and Scottish.

Elsewhere, we meet the trio of Anna Rampton (Atlantis star Sarah Parish), Lucy Freeman (Last Tango in Halifax’s Nina Sosanya), and David Wilkes (Hunderby’s Rufus Jones) as they try to format a new show, ‘Britain’s Tastiest Village’. Described as “Countryfile meets Bake Off, with a bit of The One Show thrown in,” the show was intended to feature Clare Balding, though she had to pull out, leaving a gaping hole for ex-Countdown star Carol Vorderman.

The latter of that particular trio, Wilkes, is a hideously annoying creature and Jones does a magnificent job of creating such an irritating, though funny, character. Likewise, intern Will (Hugh Skinner, Joly in Les Miserables) will have you shaking your head in both annoyance and recognition. Skinner, who recently shared the stage with Matt Smith in American Pyscho, is a constantly-headphone-wearing yoof who doesn’t seem to understand anything asked of him. His mantra-like request of “say again” will undoubtedly become a knowing catchphrase for many. 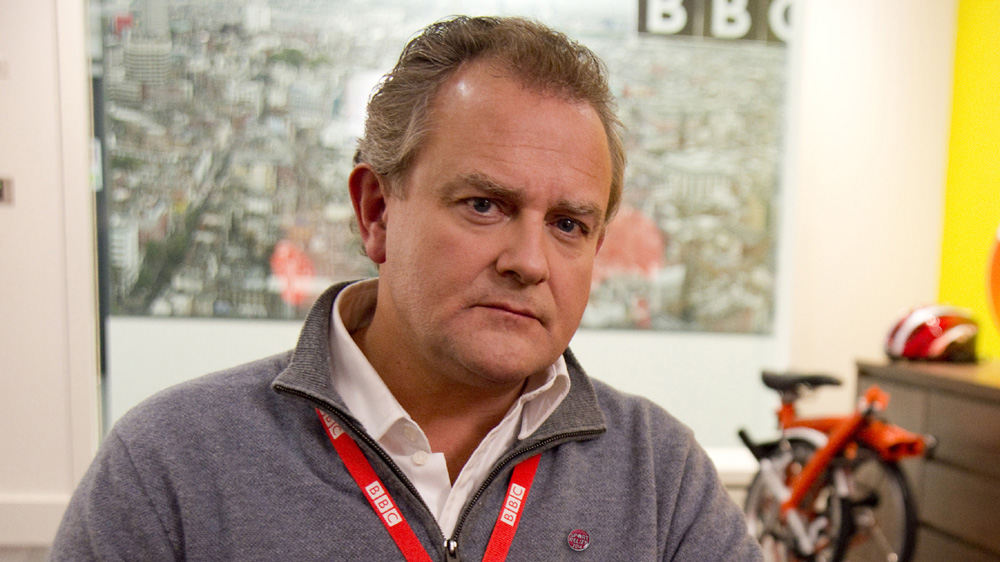 And the gigglesome annoyances don’t end there. Being Human villain Jason Watkins is Simon Harwood (Director of Strategic Governance, whatever that means) and is on top form as an extremely amiable and helpful yet feckless management type. You may have noticed that Jessica Hynes, like the tremendous Bonneville, is also back, though she’s not onscreen for much of this episode.

As hilarious and brilliant as the cast are (and do play the “yes, no” Bonneville drinking game throughout), it’s the narration that steals the show here. Doctor Who’s David Tennant is back in fine voice, giving Morton’s brilliant lines perfect delivery.

Writer and director John Morton is to be commended highly for his broad, and yet often very specific swipes at the engulfing meaningless buzz-phrase culture that surrounds and belittles the media, not just solely the BBC. If you didn’t catch Twenty Twelve, don’t make the same mistake again. Oh, and do look out for the most unexpected cameo from a couple of remarkable people doing something rather unusual.

Are you looking forward to W1A? Let us know below…