W1A, the trailers tell us: it’s not just a postcode; it’s a state of mind.

They’re not wrong. Most of the pre-publicity for the BBC satire-sitcom has, inevitably, focused on the inclusion of a prescient storyline involving a Mr J. Clarkson (of which more later). But, in truth, W1A is more than just a game of guess-the-next-BBC-catastrophe. It’s a pin-sharp account of institutional mismanagement, aimed at anyone who has worked in an organisation where the language of rebranding has overtaken the way people actually think and speak.

The catchphrases come thick and fast: ‘I’m not being funny or anything’, ‘So that’s all good then’, ‘The fact is…’ – little office platitudes that are perfectly calibrated to suggest a world where it’s not the oncoming brickbats you need to watch out for, but the passive-aggressive endorsements of approval. 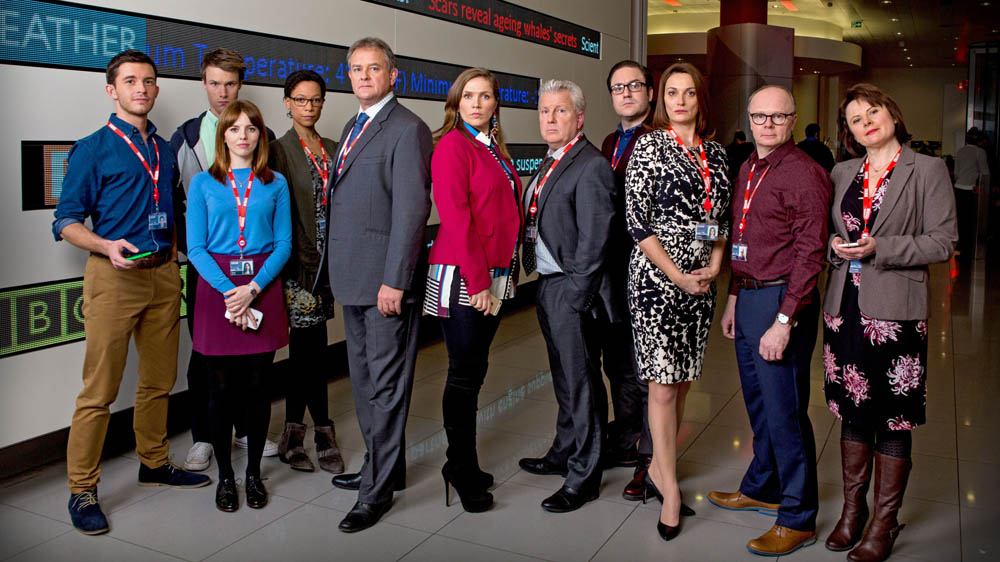 If cuddly bigot, Nigel Farage, were to seek out justification for his society-scalping idea to slash the licence fee by two-thirds, he could do no worse than take a cursory look at W1A. Really, it’s all here: institutional incompetence, bonkers new initiatives – perfect fodder for the party leader who is unable to distinguish between fact and fiction.

But, of course, Farage isn’t the pin-up for controversy who is being skewered here. That would be Jeremy Clarkson, who makes several cameos in tonight’s episode, albeit with his face pixelated and his name bleeped. It’s a neat touch – a deft way of acknowledging the fracas that exploded after W1A was filmed and which makes even its comic dramas seem small-fry. Pesky real life. Always out-satirising satire.

It’s in these real world/fantasy overlaps that W1A excels, and which it ruthlessly exploits. Twitter users who remember the April Fools’ job advertisement of a Director of Better may be amused to discover that it was all just a tease for tonight’s episode. Perhaps, in future weeks, they may also look out for a rebranding of BBC tennis coverage that casts it as WinBledon! Still, that’s the joy of W1A. When you spend too long in its world, every hare-brained idea starts to look not only plausible but also, strangely, almost good. 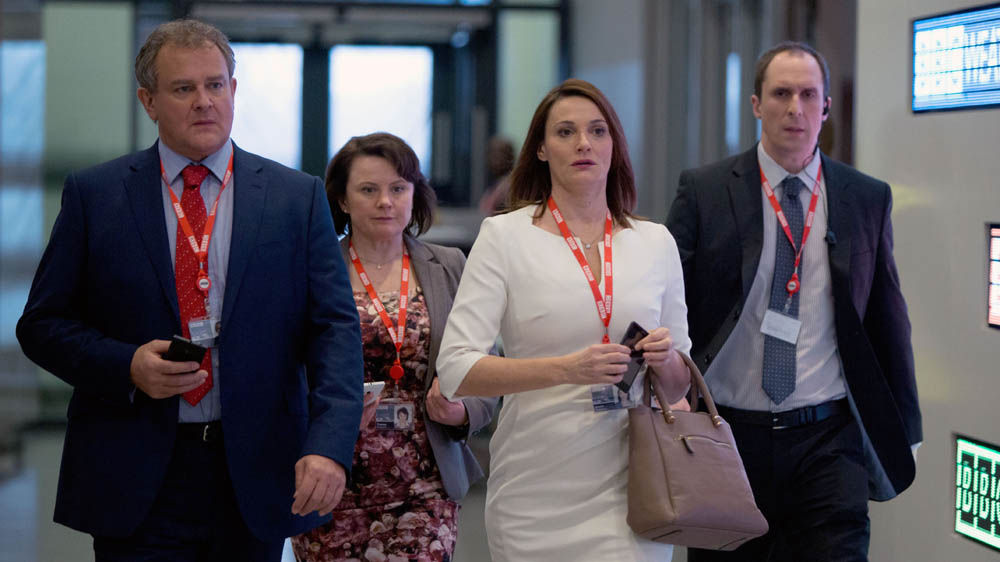 The catchphrases and nodding endorsements of the inane never detract from the fact that these are all identifiably real people. Jessica Hynes’s hollow-eyed Siobhan Sharpe may be the standout depiction of cultural vacuity, but everyone’s blinking away the madness – those of them that are able to blink, that is. (And with Sarah Parish’s dead-eyed Anna Rampton, we’re never quite sure.)

There are people here we genuinely care about. Lucy – ‘Lovely Lucy!’ (Nina Sosanya) – always too sane and down-to-earth to embrace the madness, or Dan Shepherd, endlessly trying to get his Home Truths, made, in the face of attempts to make it more urban, more relevant, more crap. Yes, intern Will Humphries (Hugh Skinner) is stalkerishly obsessive in his pursuit of Izzy, and almost certainly wouldn’t know what to do with her if ever he succeeded in his pursuit; but that doesn’t stop theirs being one of the most endearing unrequited romances on television at the moment.

W1A may expose the follies and bureaucracies of the BBC, but it also has real humanity and heart. Just like the BBC itself in fact.

What did you think of W1A‘s return? Let us know below…