I shouldn’t like to have lived in the Russia of War and Peace, as pretty as it may have been.

The consequences of Natasha’s momentary lapse of sanity have come to light: James Norton plays Andrei here with a stoicism so fragile you can see his brokenness leaking out through the fractures in it – but somehow we know he can soon return to his original goal of being killed by Frenchmen.

Natasha, on the other hand, is a different kind of broken: there’s nothing stoic about her at all. She sits with the desperate tiredness of someone who has cried so long and so hard that she hasn’t the energy left to keep crying.

I’m not convinced that leeches are going to help, personally – what that girl needs (besides a pep talk from her old friend Pierre, who may have been a bit useless as nobility, but has always been a good bestie to her and Andrei) is a whopping great pizza. Pizza makes everything better. 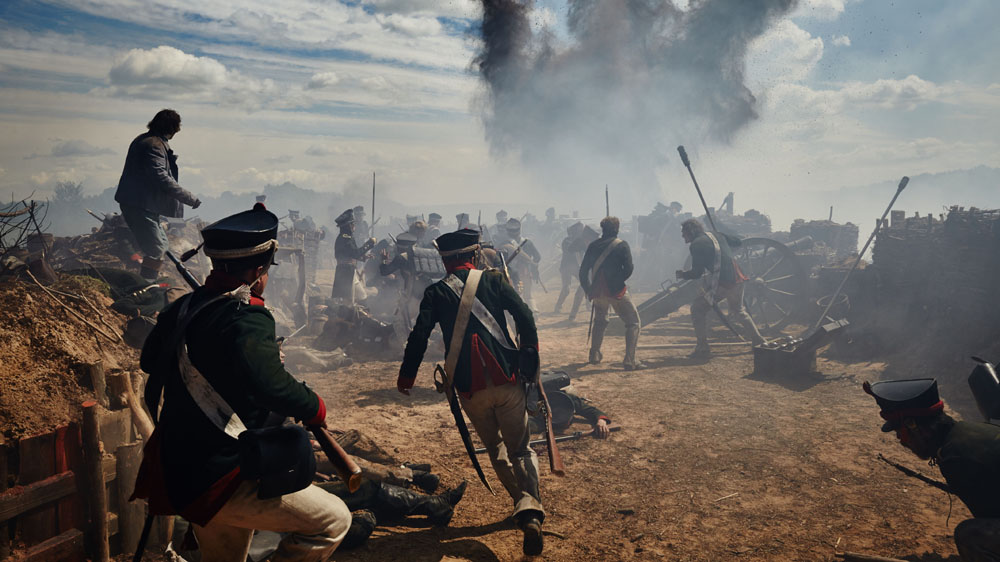 Meanwhile, the peace between Russia and Napoleon seems to have lasted only about as long as it would have taken disgruntled soldiers to tweet about it. And who’s that playing Napoleon? Why, it’s none other than Mathieu Kassovitz, the adorable young man from Amelie – which somehow doesn’t feel like it was released 15 whole years ago. Boris receives the honour of a playful ear-tug from the Emperor with confusion.

Andrei goes back to the war (and in fairness, with a family as dysfunctional as his, I suppose the war would be a welcome break, even if his son probably doesn’t remember him by this point) and swears to kill the very naughty Anatole if he sees him, because that’s the emotionally mature way to deal with a breakup.

But first, the French are approaching, and Andrei’s father steadfastly refuses to be sensible and leave, in what I can only guess is a state of encroaching dementia. And then he falls off a horse and dies. I know my description doesn’t sell it well, but it’s really quite tragic. At least Marya has an opportunity to come into her own, at long last. She’s still one of my favourite people in this whole thing, and she’s free.

(And, it would seem, quite taken with Nikolai, who is indeed a nice gentleman when he’s not gambling away the family fortune.) 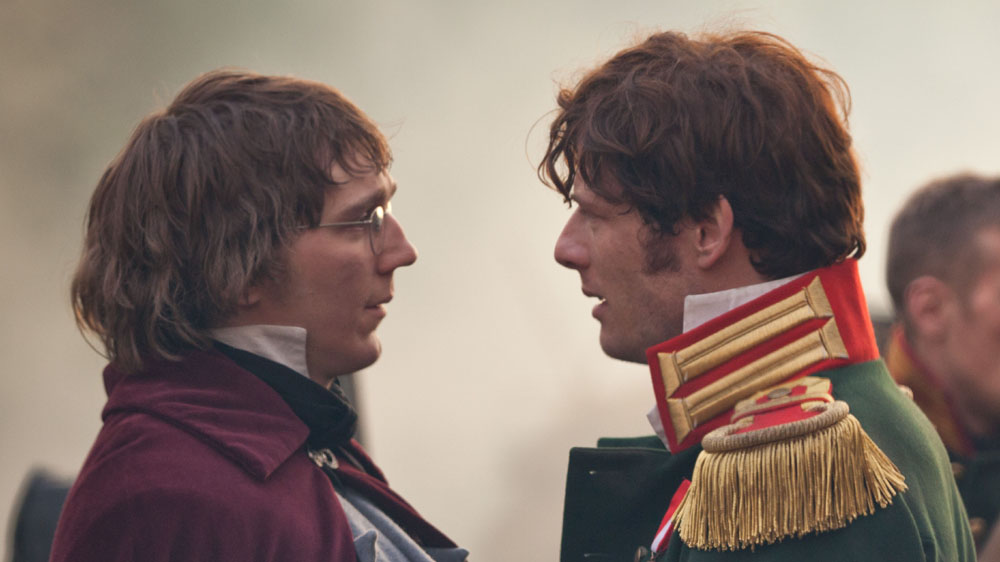 Pierre, for some reason, wanders off to the war, as though he can make any contribution other than to get killed by the French. That’s Andrei’s goal, after all. Pierre walks through life like a stunned bunny rabbit with the best of intentions and little sense. At least it seems appropriate amid the chaos and confusion of the war.

Meanwhile, Andrei stares down an explosive and still doesn’t manage to die. He finds himself on a hospital table beside none other than the very naughty Anatole, and amid the hopelessness and gore, they seem to reach an understanding.

Next week’s the final episode, so I’m properly excited to find out which of our plucky young heroes inevitably dies!