Natasha and her family have packed up their things (along with a couple of wounded soldiers, because Natasha is just the sweetest little honeydew that ever there was) when she spies a bedraggled Pierre wandering the street.

He can’t come with them, he tells her, because he’s going to kill Napoleon. That’s nice, dear.

Pierre somehow manages to look even more dazed than normal, shuffling forward with all the clarity of a stunned moth, running headfirst repeatedly into a lightbulb. He finds himself getting wasted with a French soldier who’s hanging out in his house, saving a little girl from a burning building, and almost being executed, all within the first half hour of this episode. It’s a wild ride.

Natasha and Andrei are finally reunited, and emotionally-charged apologies are exchanged. Pretty soon after, Andrei finally gets to die, and his life flashes before his eyes in a montage set to very pretty music. Happy now, Andrei? 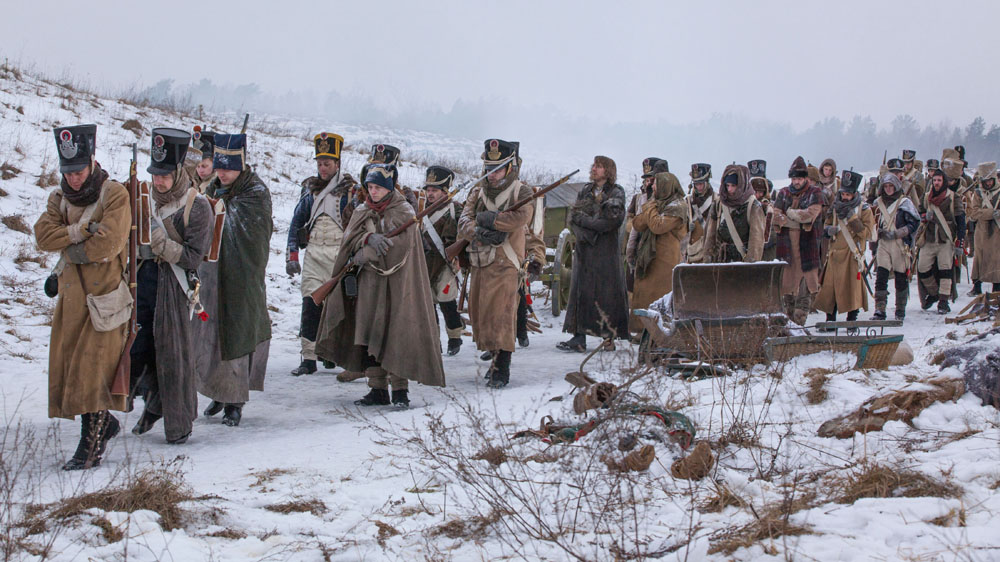 It’s hard not to feel for Sonya at having to do the right thing and release Nikolai from their engagement for the sake of, well, the family not being skint, but at least Nikolai seems pretty relieved. Some war is happening, but to be honest, it’s mostly a framing device for the emotional journeys of the characters we like. Nonetheless, Napoleon marches into Moscow and is confounded by Brian Cox’s decision not to fight the French… yet.

Meanwhile, Pierre’s plight is far from over, and he finds himself a prisoner of the French, while Helene finds herself in a delicate condition and an outcast from society’s fun parties, because people sure were fickle and mean back then (we’re looking at you, Agent Scully). She dies in a sad bloodbath, which was probably her fault for being a naughty lady, but I can’t help but just feel angry that women got such a raw deal back then, and in many ways still do.

The most striking sign that time has passed is little Petya, now a little soldier himself, joining Denisov and Dolokhov in their unpleasant work. He dies in his first raid, because war is unfair. If his parents, the sweetest couple in the whole show, were heartbroken before, they’re pretty much ruined now, and poor Ilya dies of a broken heart. I knew the body count of this episode was going to be brutal, but he was one of my favourite people on this blasted show. 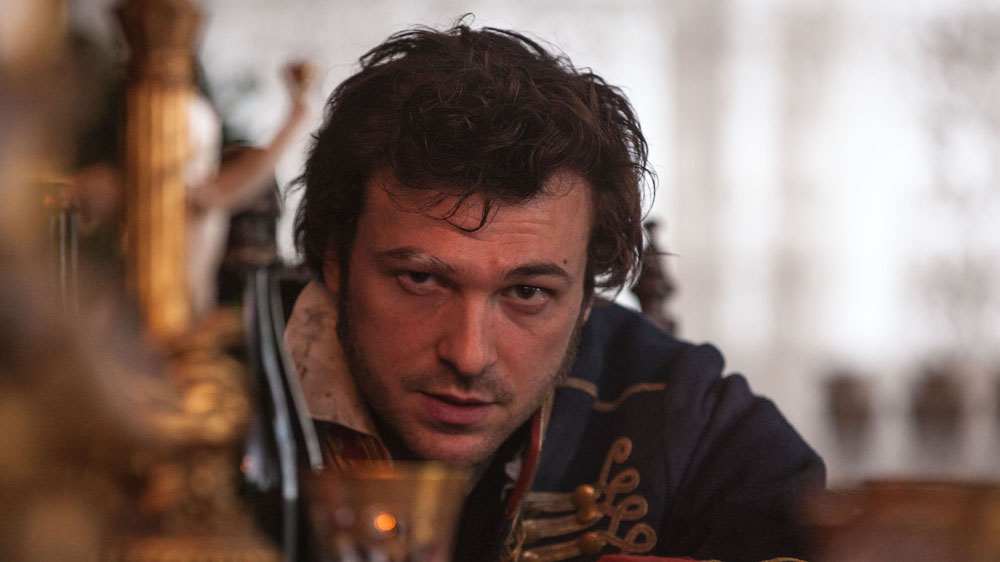 The good news is that Marya finally gets a happy ending! That lady deserves a nice gentleman like Nikolai. And she has a fortune, to boot, so Nikolai’s mum won’t have to worry about her diminished finances. And at last, Pierre and Natasha, who have clearly loved each other dearly since episode one, decide to get together.

In that last scene, a few years later and happy, surrounded by surviving friends and family and new little babies, with the sun shining through the trees, this is the first time Pierre doesn’t look stunned, overwhelmed, and confused. It’s taken him that entire adventure, but he actually just looks happy.

And gosh, the music in this show was glorious.