When I set out to watch this week’s Wizards vs Aliens story, ‘The Quantum Effect’, I was not prepared for quite the onslaught of emotions that was the culmination of these two episodes.

I’m pretty sure neither Tom nor Benny were either, as Benny is presented with the opportunity to be scientific full-time at MIT, thus leaving his friends on this side of the pond behind.

It’s hard not to feel for Benny: an unenchanted with an all-access pass to the world of magic, but not quite a part of it himself, it’s understandable to see him wondering where his place might be, and questioning the importance of his own work. When he is given what seems to be the opportunity to be the hero, rather than tech support, he takes it. And how could he not? Who wouldn’t want to believe that they are needed, that their skills and knowledge can single-handedly save the world? 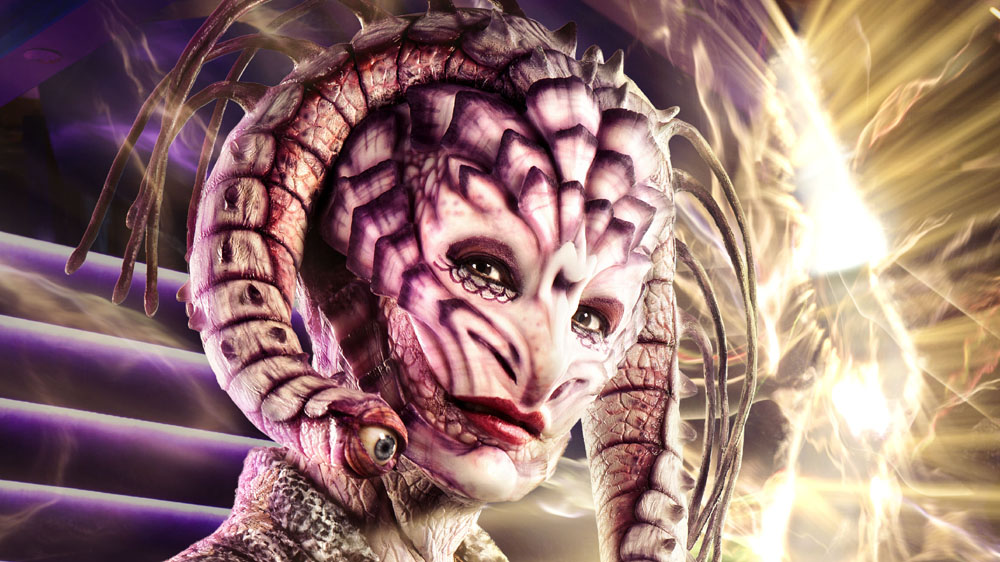 As for the villains, there sure are a lot of conflicting villainous motivations about this week, and they do make for some ridiculous fun. The Lady Lyzera’s expository speech of diabolical intent is dripping with pure megalomaniacal gravy.

This story sees the return of Technician Jathro 15, unhinged and awkward, hell-bent on seizing power for himself, and probably feeling more than a little out of sorts having been wearing the guise of a crisp-hoovering human nerd for so long. There’s something at once quite amusing and unsettling watching him eventually crumble under Varg’s scrutiny and judgment.

It’s thanks to Jathro’s machinations that we have such a falling-out between Benny and Tom – though it’s pretty clear from the outset that they just don’t quite know what to do with the knowledge that Benny is leaving. 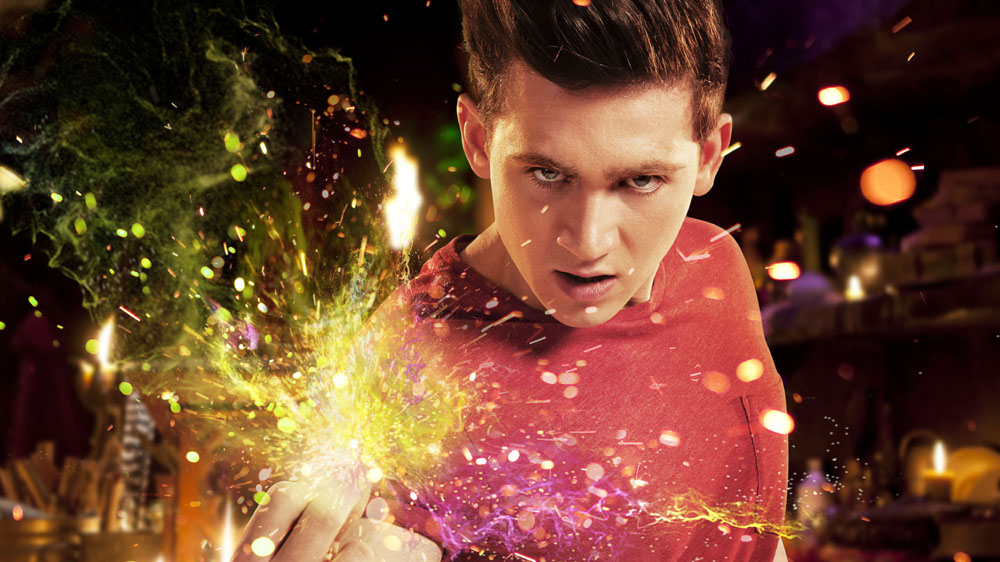 Benny’s farewells are rife with genuine emotion – Dan Starkey is one of those actors blessed with the gift of being so expressive even under the heavy prosthetics of Randall Moon, and when he says his farewell to Benny, you almost forget that you’re watching a guy dressed as a pointy-nosed goblin. And there’s something really, incredibly touching about seeing Benny and Tom, two young men and the very best of friends, genuinely say I love you to each other.

I got a little misty-eyed, admittedly. One wonders if Benny is going to miss all the magical shenanigans he’s been involved in for the past few series, but I expect he’ll go on to make some pretty impressive scientific advances of his own. Best of luck in all your future endeavours, Benny Sherwood. We’ll miss you!