An unfortunate portal mishap makes for an especially interesting open house in this instalment of the always giggle-inducing Yonderland, as Debbie discovers she’s inadvertently swapped bodies with Elf.

This would already be something of a disaster at the best of times, but on this day, Debbie is – cue suspenseful music – hosting an open house.

Meanwhile, Negatus is settling into his new role as the elders’ mole, insinuating himself back into Dick’s good graces as the evil compound’s loo attendant.  (Am I the only person who’s honestly more comfortable just using a towel dispenser?

In that little social interaction, you’re tacitly acknowledging to a total stranger that you’ve just done some toilet, which is uncomfortable enough in itself.  And who goes to the toilet for sweets?)  Nonetheless, he uses this new vantage point to seek out some crucial intel about Dick’s operation.  Well done, kind of! 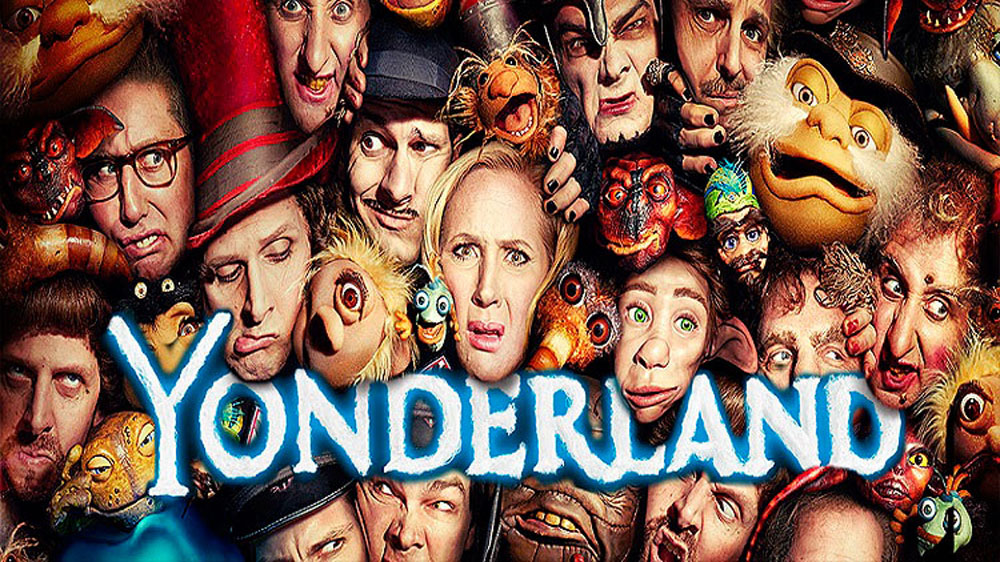 This episode affords us some brilliant moments of comedic acting from Martha Howe-Douglas as the bewildered, body-swapped Elf – and some excellent frantic Debbie-acting from Elf, too.  Debbie and Elf learn some surprising new things about each other spending time walking in each other’s shoes (and clothes, and skeletons etc) and the day is ultimately saved with the help of some breakfast cereal, which, in fairness, is pretty powerful stuff.

But for all the things we’ve learned so far this series, there are even more questions left to answer.  After successfully framing one of Dick’s inner circle for his own subterfuge, has Negatus swapped loyalties again for good (or rather, for bad) this time?  What’s Dick hiding in his forbidden room?  Will Pete find a buyer for the house?  What else do we not know about Elf?

And I’m fairly sure I’ve said it before, but it bears repeating: I WILL NEVER TIRE OF THE PLETHORA OF HUMOUROUS — USES OF CUDDLY DICK’S NAME IN THIS SERIES.