In a shocking twist of events, this episode of Yonderland opens with the revelation that Negatus is indeed being evil again.

Negatus’ betrayal aside, we learn that it was Cuddly Dick’s cuddly hairpiece all along that was behind his nefarious plan, using Dick’s body as a host – which just goes to show, I suppose, that you should never trust anyone with hair that bad…

It looks like Debbie’s succumbed to the influence of Dick’s evil beehive girlfriend (Debbie, you’re beautiful, but that’s not your best look) but then there’s time travel, thanks to Elf and Nick!  Time travel?  A mysterious time fellow in a suspiciously spacious home?  Clocks???  You’re ticking all my nerd boxes, right here, guys.

But the worst of all is how much it looks like Pete’s taking matters into his own hands and finalising the move to Glasgow, despite Debbie’s attempts at thwarting it at every turn.  Who would have thought that a fairly standard No U-Turn sign would be what drove Pete to listen to his misgivings about leaving sunny Birmingham?

Regardless, I’m grateful that Debbie will be able to continue saving the collective necks of the people of Yonderland.  Let’s be real, they probably wouldn’t survive 15 minutes without her.  Debbie is a true hero. 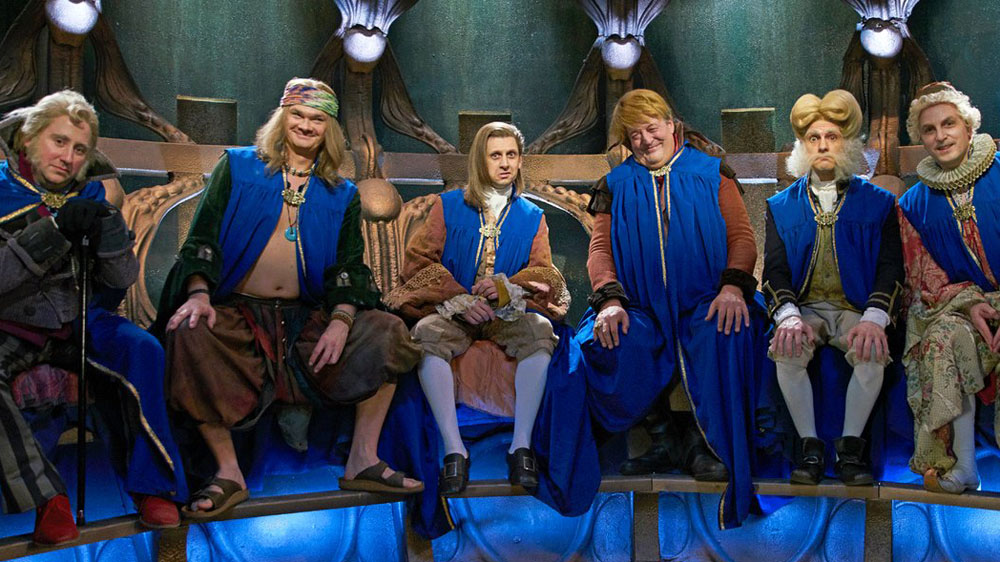 This episode surely would have had me on the edge of my seat had I not been standing when I watched it, and earns at least an extra 8 or 9 stars of out of five for the time travelling shenanigans (it does get complicated, doesn’t it?) and the joyous return of The Doomed Engagements of Mr. Havelock and Miss Fanshawe, and Elf’s old face (whoa, I’d forgotten what his face used to look like!)

This show is a gift.  Thank you, Yonderland, for your continuing wonderfulness.