‘There and Back Again’.

So reads the alternative title of J.R.R. Tolkein’s The Hobbit.

It also once served as the planned title of this third and final instalment in Peter Jackson’s sprawling film adaptation. And, while ‘The Battle of the Five Armies’ is certainly a fitting title for a film dominated by war, that original moniker is perhaps more apt, suggesting, as it does, a sense of familiarity and repetition within Peter Jackson’s Middle-Earth exploits.

The story picks up immediately where the previous instalment left off, with the Benedict Cumberbatch voiced dragon Smaug winging his way to Laketown, to rain down fire and destruction on the people. Cumberbatch and Smaug were unquestionably the highlight of the previous film, and the dragon is fearsomely impressive when witnessed here in full fire-breathing form.

Unfortunately, after spending two movies building up the dragon, the third film sees fit to dispense with him after barely ten minutes. He’s rendered little more than an afterthought here. That might be understandable, given the source material, but it’s still disappointing not to see more of him. 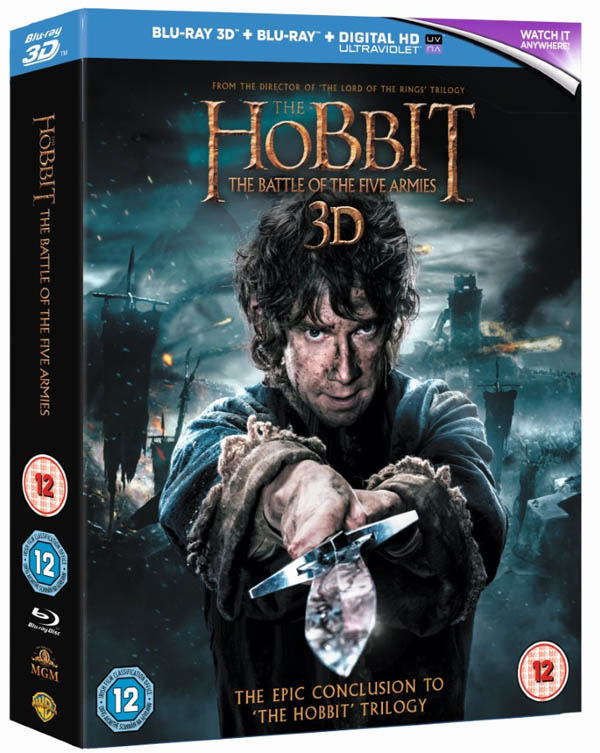 Meanwhile, our band of dwarves takes advantage of Smaug’s absence to reclaim their mountain home of Erebor. The untold treasures within are impressive, but it’s the search for the Arkenstone in particular that drives Thorin Oakenshield to distraction, and, increasingly, madness.

And it’s Erebor where the rest of the world seems to converge: the people of Laketown, led by roguish Bard, demand fair restitution for dealing with the dragon in order to rebuild their city; the Elves of Mirkwood, led by aloof Thranduil, want their own share of the treasures (not to mention a chance to get one over on the dwarves again); while Azog the pale-orc and the legions of Sauron also descend upon the mountain to generally make a nuisance of themselves.

As the above should demonstrate, there’s a lot going on here. But at the same time, there isn’t: the groundwork has all been lain down in earlier instalments, so here is just a matter of bringing the elements together geographically for them to come to a head.

The battle, which comfortably takes up an hour of screen time, is suitably epic, and provides ample spectacle, but it never manages to quite match any of the huge battles in The Lord of the Rings. Swarms of digitised elves, dwarves and orcs mean little to us, and the sweeping vistas of the battle often play more like the opening cinematic for an Age of Empires style videogame, rather than a film to be invested in. (There are also some giant worms involved, because apparently Weta had some extra CGI budget knocking about.)

The action plays far better, as you might expect, in the smaller, more personal moments: Bard protecting his family amid an Orc incursion, for example. The problem is that there are just too many characters, and we don’t really know most of them well enough. Their presence might be necessary – even welcome, in theory – but the script simply doesn’t have room to service them all.

The pacing falls apart as the film tries to fit in too many characters, and the whole thing can’t help but feel bloated with figures of inconsequence. And, despite providing a neat action sequence, in which Elrond, Galadriel and Saruman take on the Ringwraiths, the whole LOTR-establishing side-thread about Sauron’s re-emergence feels largely superfluous.

Worst of all is the screenplay’s baffling focus on Alfrid, the snivelling former assistant to the Master of Laketown, who for some reason is kept around and pushed to prominence here. It’s possible he’s designed as comic relief, but he suffers more from Jar Jar syndrome, and Ryan Gage and the awful beats the script pushes him into will have you rooting for the Orcs before long.

Where the film truly comes alive is in the final half-hour or so, when the film pushes its best characters together to give them proper resolutions. The expansive battle is largely left behind in favour of a small number of characters fighting their own personal wars on Raven Hill. Here the battles are told in the micro, rather than the macro, and they all have emotional stakes that we’re familiar with and invested in.

Thorin finally comes face-to-face with old nemesis Azog, while Kili and Legolas battle for, with and to save Tauriel, the Elf lady at the centre of their love triangle. Bilbo, too, is present, and his unexpected loyalty and friendship to his companions is genuinely affecting. The action is fantastic and the emotions finally run high in The Hobbit trilogy’s best sequence by far. 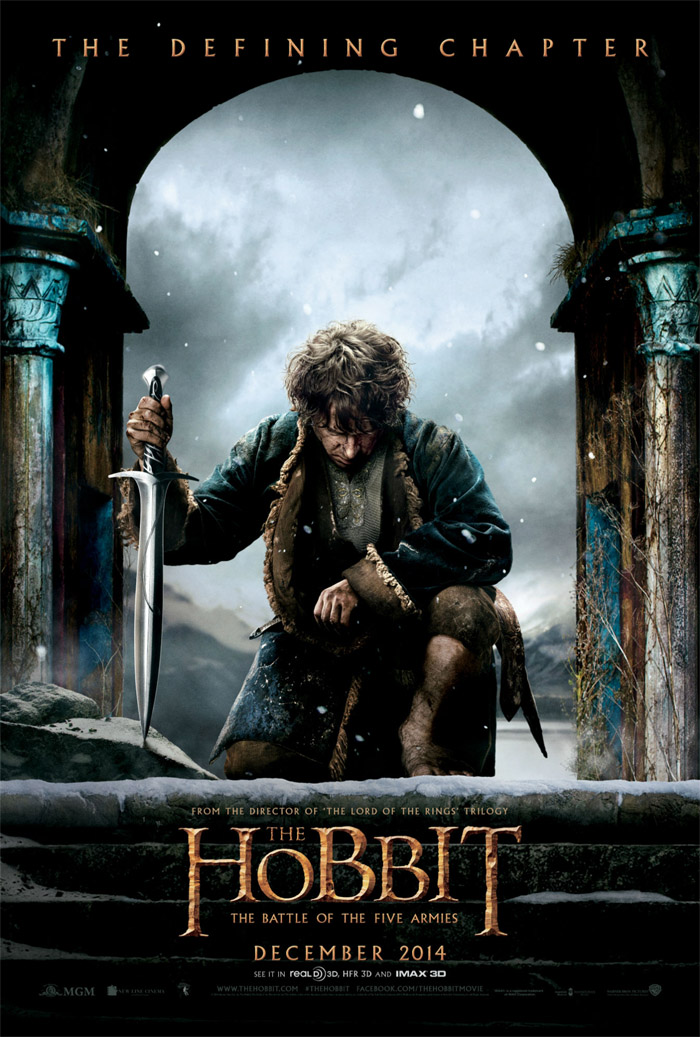 The closing moments, too, are superb, as Bilbo finally returns home to Bag End, and reflects on his adventures. It’s extremely poignant, and Martin Freeman once again excels, as he has done throughout the series.

There are issues with the ending being rushed, since a lot of plot strands are left unresolved, and we don’t really find out the details of what happens at Erebor after the battle’s end. Spending the early part of the movie setting up the different factions, and then roundly ignoring their resolutions, seems like an oversight. Perhaps the producers were conscious of LOTR’s much-maligned lengthy epilogue?

On the whole, there’s no doubting that there’s quality on display here, and plenty of it, but one can’t help but feel this prequel trilogy has suffered from diminishing returns. It’s done enough to justify its existence as more than just a cash-grab, certainly, but it’s unlikely to be remembered in such hallowed terms as The Lord of the Rings.

As entertaining as The Battle of the Five Armies is, we have more or less seen it all before. We’ve been there, and gone back again. But let’s leave it there, eh?