To celebrate the release of  Not Going Out Series 6, Not Going Out The Christmas Specials, Al Murray’s One Man One Guv’nor and Man Down Series 1 on DVD (all out now), we’ve got sets of all four DVDs to give away to three of our Twitter followers! 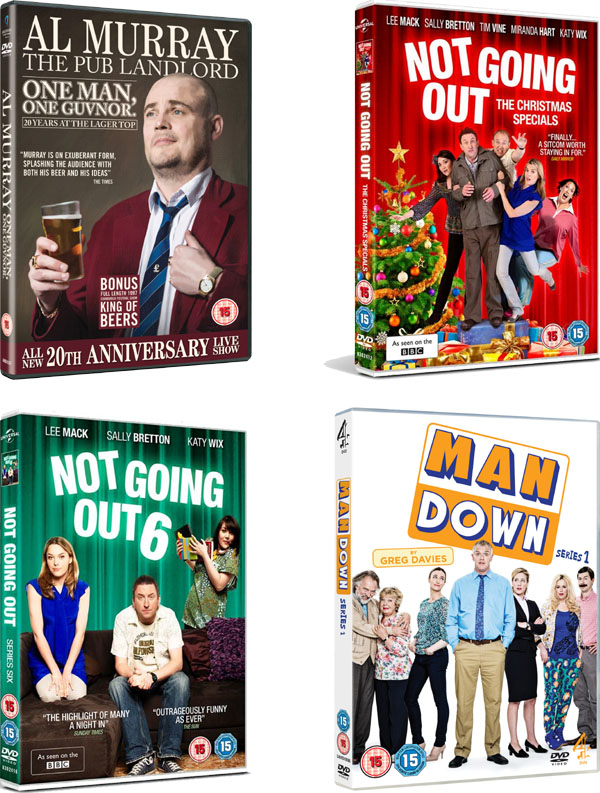 This competition has now closed. The winners are Kevin Rowland from Abingdon, Gemma Brown from Horley, Olivia Bennett from Milton Keynes and Tori Anders from Bingley.