The original series of the world’s most popular television franchise produced by Jerry Bruckheimer (Pirates of the Caribbean, The Lone Ranger) picks up with D.B. Russell and the team for another season packed with Sin City’s most intense and complex crimes.

Don’t miss any of the drama when Season 14 of CSI comes to DVD on Monday 8 June, courtesy of Entertainment One.

To celebrate the release, we’ve got boxsets to give away to three of our Twitter followers! 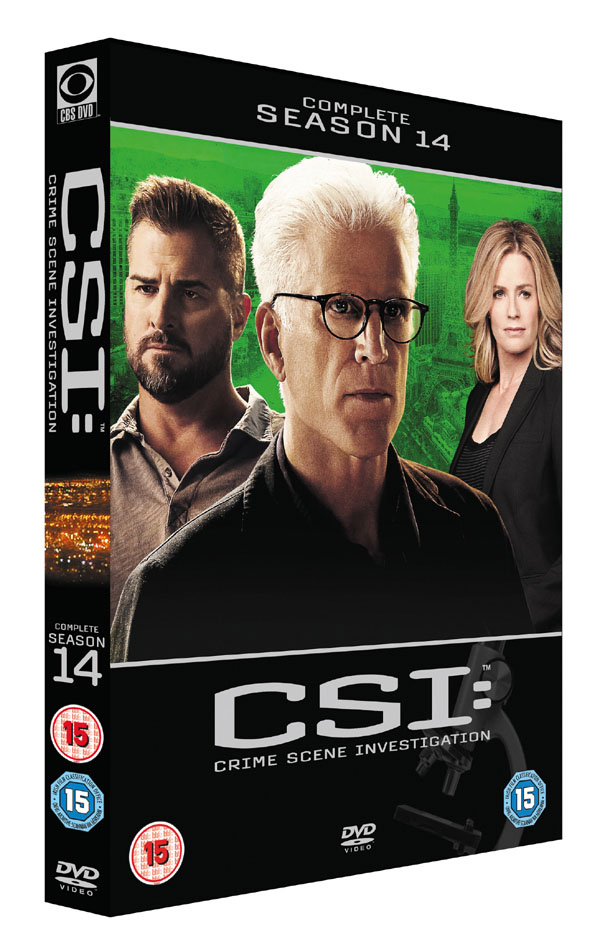 In the city that never sleeps we pick up with the Las Vegas graveyard shift where we left them in the thrilling Season 13 cliffhanger. The search for the serial killer who kidnapped Captain Brass’s daughter intensifies after CSI Morgan become the killer’s latest kidnapping victim and it’s down to D.B. Russell (Danson) and his team to find them before it’s too late. The pace never lets up in CSI’s most gripping season yet.

This competition has now closed. The winners are Ben Martin from Dundee, Jayne Rogers from Bristol and Samantha Woodward from Cambridge.