Nominated for five Academy Awards and two BAFTA’s, the most anticipated thriller of the year Foxcatcher comes to DVD and Blu-ray on Monday 18 May.

To celebrate the release, we’ve got t-shirts and Blu-rays to give away to three of our Twitter followers! 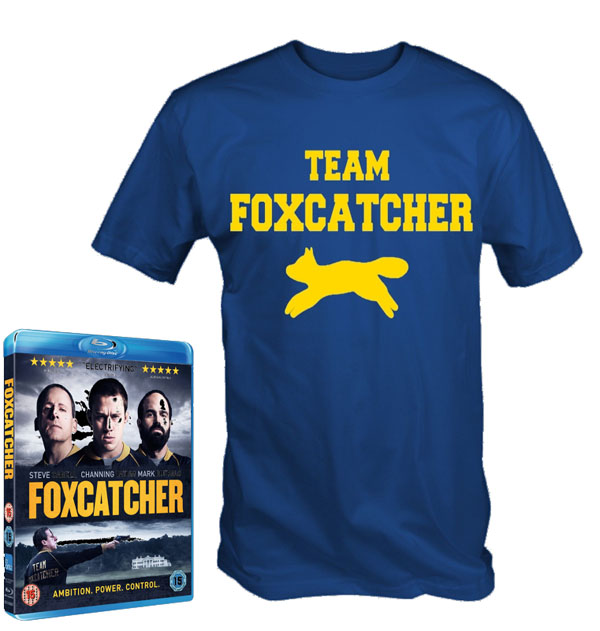 FOXCATCHER is a gripping tale based on true events that presents us with exceptional, outstanding performances from all three leading cast members: Steve Carell, Channing Tatum and Mark Ruffalo. When wealthy John du Pont (Steve Carell) invites Olympic wrestler Mark Schultz (Channing Tatum) to move to his estate and help form a wrestling team for the 1988 Seoul Olympics, Mark sees a way to step out of the shadow of his charismatic and revered brother, Dave (Mark Ruffalo) and instantly accepts his offer.

However, du Pont begins to lead Mark down a dark path while becoming fixated on recruiting Dave to ‘Team Foxcatcher’. As tensions and paranoia run high through their constant power-struggles and the pursuit of victory, all three men are propelled towards an unforeseen event that will change their lives forever.

FOXCATCHER is available on DVD and Blu-ray from 18 May 2015 and available to pre-order now from Amazon; also available to Download early from 4 May 2015.

This competition has now closed. The winners are John Chase from Oxford, Olivia Clement from Hull and Emma Russell from Norwich.