Mission: Impossible – Rogue Nation is out now on Digital HD, Blu-ray and DVD. 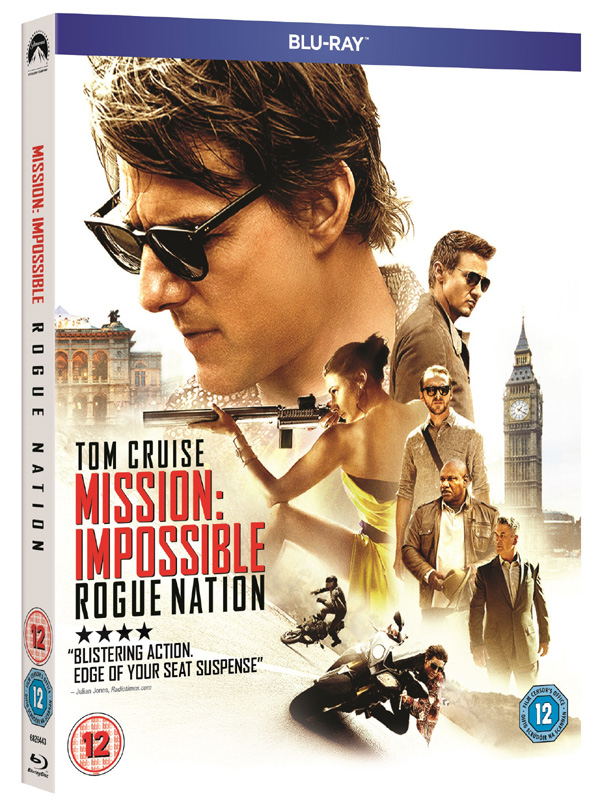 With his elite organization shut down by the CIA, agent Ethan Hunt (Cruise) and his team (Renner, Pegg, Rhames) race against time to stop the rise of a new global threat, The Syndicate, a dangerous network of rogue operatives turned traitors. To stop them, Ethan must join forces with an elusive, disavowed agent (Ferguson) who may or may not be on his side as he faces his most impossible mission yet.

This competition has now closed. The winners are Kevin Peck from Truro, Charmaine Smith from Egham, Claire Morgan from Islington and Arabella King from Petworth.