To celebrate the release of Monsters: Dark Continent on Blu-ray and DVD on Monday 31 August from Entertainment One, we’ve got Blu-rays or DVDs to give away to four of our Twitter followers! 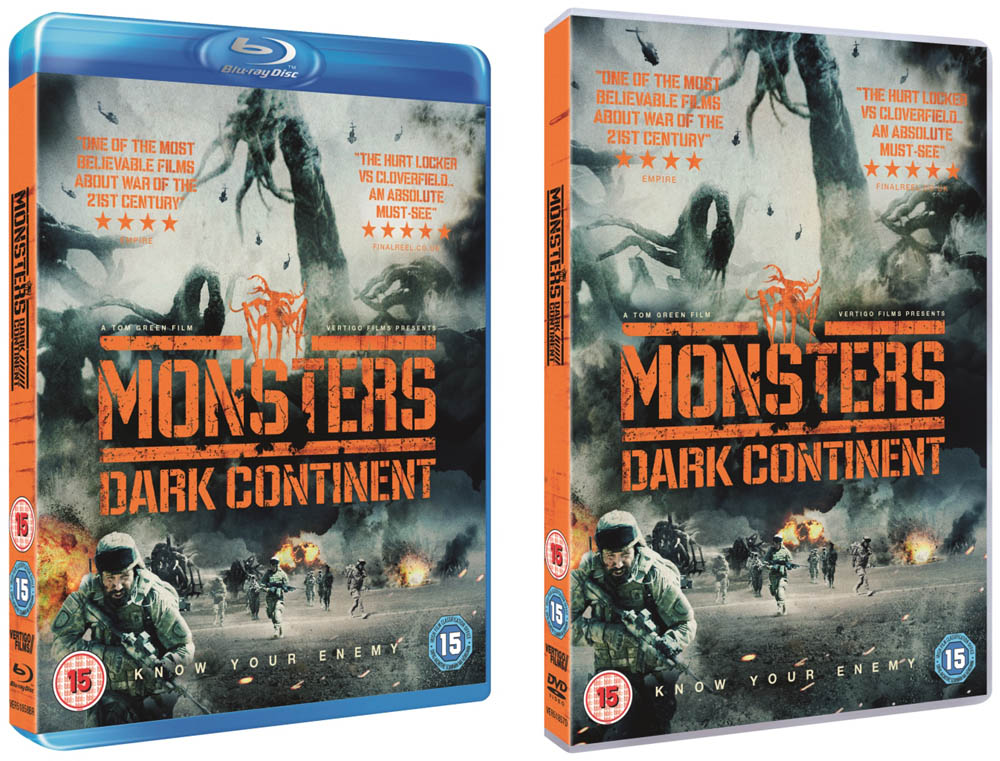 Ten years on from the events of Monsters, the ‘Infected Zones’ have now spread worldwide. In the Middle East a new insurgency has begun. At the same there has also been a proliferation of Monsters in that region. The Army decide to drab in more numbers to help deal with this insurgency.

After a NASA deep space probe crash landed in Mexico, menacing extra-terrestrial life forms emerged. Now, so-called ‘Infected Zones’ have spread around the globe. With humanity in retreat in many parts of the world, the US is moving to protect its overseas interests. Giant, terrifying sand bugs infest the Arabian Desert, so troops have been sent in to firebomb the creatures, carting their bodies away on giant trucks to be incinerated. In this hostile environment, two soldiers are sent on a high-risk rescue mission.

A limited edition special steelbook edition alongside a DVD double pack of both the original Monsters and Monsters: Dark Continent will also be available on the same date.

This competition has now closed. The winners are Stephanie Frith from Wigan, Becca Doyle from Chippenham, Arthur Harper from London and Jean Hoflin from York.