To celebrate RLJ Entertainment’s release of New Worlds on DVD on Monday 19 May, we’ve got DVDs to give away to three of our Twitter followers! 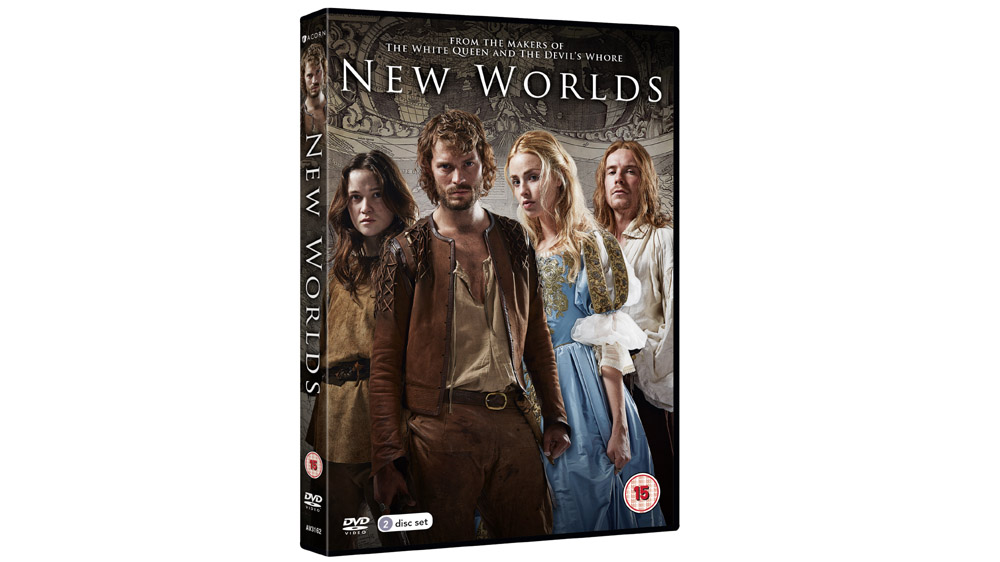 This lavish period piece takes place on both sides of the Atlantic, during the reign of Charles II and the early days of English colonialism in the “New World” (Massachusetts, USA). It stars a stellar cast including man of the moment Jamie Dornan (The Fall), Eve Best (Nurse Jackie), Joe Dempsie (Game Of Thrones), Alice Englert (Beautiful Creatures), Freya Mavor (The White Queen) and Jeremy Northam (The Tudors).

In England, the restored monarchy of King Charles II has betrayed its promises and reverted to tyranny. Behind the decadence of the court a terror machine of torture and executions is repressing the freedom won for the people during England’s bloody civil war.

In America, the tentacles of state terror reach the Colonists but they themselves are ruthlessly staking their claim to the territories occupied by the Native American Indians in a chilling echo of the tyrannical behaviour they seek to escape.

Against this turbulent backdrop, four young people – Beth, Hope, Abe and Ned – struggle to choose between love and ideals in the harsh reality of the changing world.

This competition has closed. The winners are Matthew Richards (@m4ttr1987) from Bournemouth, Nicole Vardon (@MsNicky_V) from Ware and Kelly Hirst (@abipotimous) from Kent.