To celebrate the show’s release on  DVD on Monday 31 August courtesy of RLJ Entertainment’s Acorn Label, we’ve got sets of Partners in Crime DVDs and Partners in Crime books to give away to three of our Twitter followers! 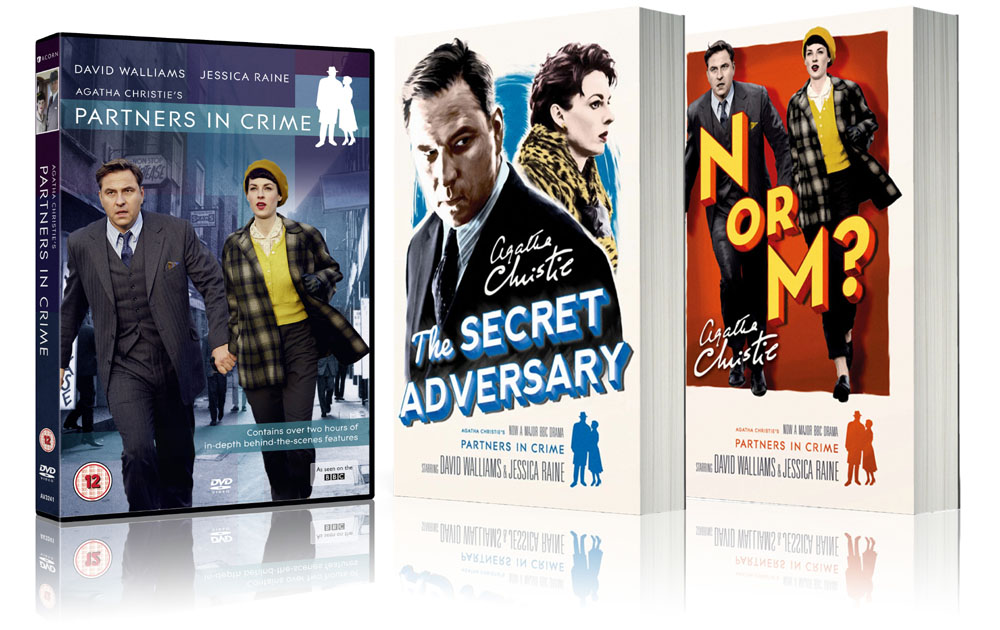 Partners in Crime is an action-packed, fun-filled espionage series set in 1950s London, and follows the couple as they stumble into a world of murder, undercover agents and conspiracy. The series comprises of two stories, containing three episodes each; ‘The Secret Adversary’ and ‘N or M?’.

When a girl goes missing aboard their train in ‘The Secret Adversary’, the adventurous and inquisitive Tuppence begins to investigate the disappearance, with the more cautious Tommy in tow, bringing them into contact with Tommy’s uncle and Third Floor bigwig, Major Anthony Carter (James Fleet). The couple must search for the missing girl and locate a recording that could identify a legendary Soviet assassin.

‘N or M?’ finds Major Carter commandeering the couple for a top-secret mission where they must identify which person in a guesthouse in Cromer has stolen a nuclear bomb.

With strong characters, sumptuous costumes, superb stunts, stunning period sets, and bucketloads of humour, this series marks the 125th anniversary of Christie’s birth, and will be released as a two disc set featuring more than ninety minutes of special features.

This competition has now closed. The winners are Rob Blackwell from Hull, Louise Bartlett from Witley and Sarah Barner from Edinburgh.