Having debuted to universal critical acclaim at the Cannes Film Festival, Sicario blazes onto Blu-ray, DVD and digital platforms on Monday 1 February.

> Buy Sicario on DVD on Amazon.

To celebrate the release from Lionsgate Home Entertainment, we’ve got Blu-rays to give away to four of our Twitter followers! 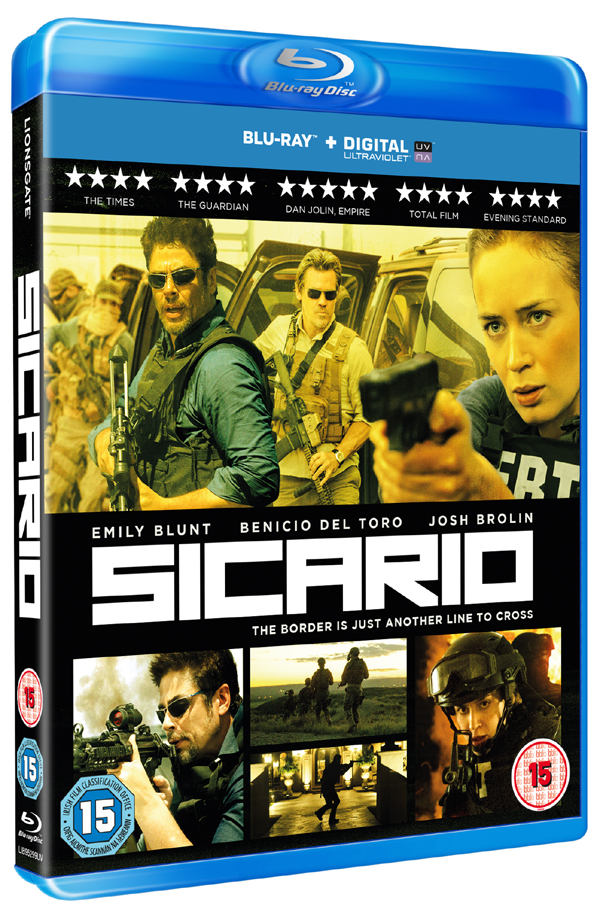 Win! Follow @CultBoxTV and RT for a chance to win one of 4 copies of ‘Sicario’ – https://t.co/hi1wd27ScB pic.twitter.com/bss69wXrfA

When FBI agent Kate Macer (Blunt) uncovers a Mexican cartel’s house of death, her shocking find causes shockwaves on a personal and global level. Kate is recruited to join a covert black ops mission headed by a mysterious Colombian operative known only as Alejandro (Del Toro) along with shadowy agent Matt Graver (Brolin).

Even as Kate tries to convince herself she’s on a hunt for justice, she is thrust into the dark heart of a secret battleground that has swept up ruthless cartels, kill-crazy assassins, clandestine American spies and thousands of innocents. The jagged line of the U.S. and Mexican border is now awash with some of the most pressing issues of our time: drugs, terror, illegal immigration, corruption and an escalating swathe of violence that has left people on both sides frightened and vigilant.

This competition has now closed. The winners are Olivia Maxwell from Bakewell, Drew Price from Lyme Regis, Elliott Webber from Huddersfield and Amber Andrews from London.