From Christopher Nolan, the director of The Dark Knight trilogy and Inception, Interstellar comes to Limited Edition 2-disc Blu-ray™ digibook, Blu-ray™ and DVD on Monday 30 March.

To celebrate the release, we’ve got copies of The Science of Interstellar (the fascinating book from executive producer and theoretical physicist Kip Thorne) to give away to three of our Twitter followers!

Follow @CultBoxTV and RT for a chance to win 3 x The Science of Interstellar books http://ow.ly/KSQln #CBInterstellar 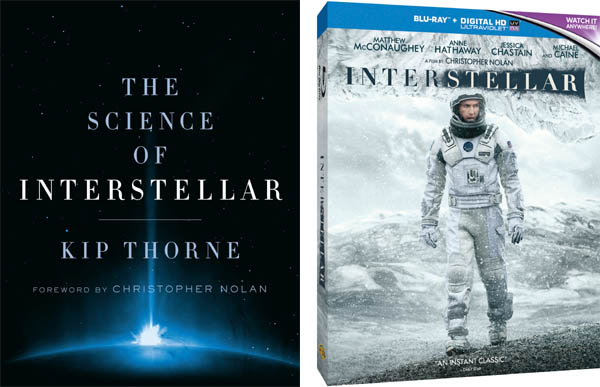 Thorne shares his experiences working as the science adviser on the film and then moves on to the science itself. In chapters on wormholes, black holes, interstellar travel, and much more, Thorne’s scientific insights — many of them triggered during the actual scripting and shooting of Interstellar — describe the physical laws that govern our universe and the truly astounding phenomena that those laws make possible. For more information on Kip Thorne’s The Science of Interstellar, please go to wwnorton.co.uk.

With our time on Earth coming to an end, a team of explorers undertakes the most important mission in human history: traveling beyond this galaxy to discover whether mankind has a future among the stars.

This competition has now closed. The winners are Helen Newton from London, Alyson Kirton from Sunderland and Nigel Hill from Leicester.