> Buy The Walk on DVD on Amazon.

To celebrate the release from Sony Pictures Home Entertainment, we’ve got Blu-rays to give away to four of our Twitter followers! 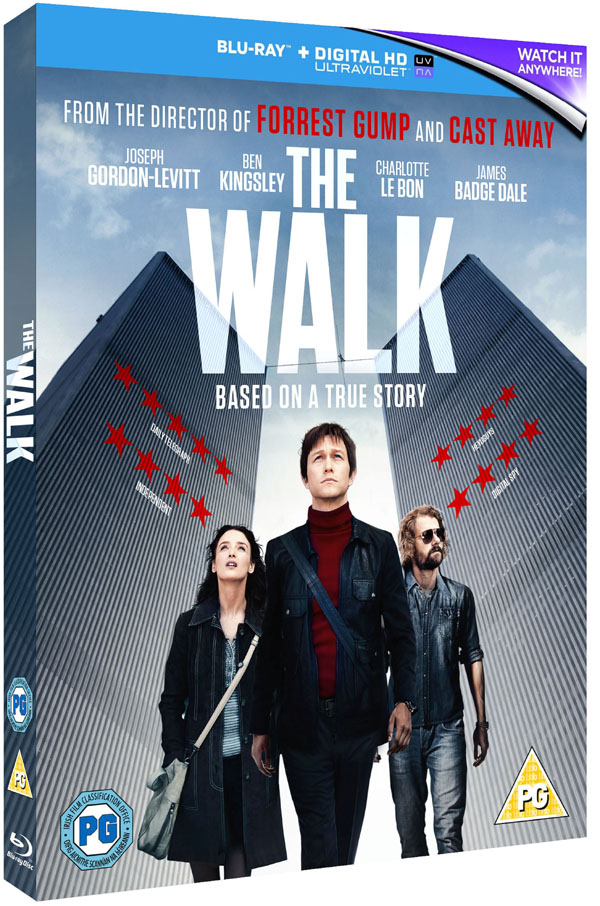 Win! Follow @CultBoxTV and RT for a chance to win one of 4 copies of ‘The Walk’ on Blu-ray – https://t.co/v4qpLxdcgG pic.twitter.com/OtvyCrNX1b

Joseph Gordon-Levitt (Looper) stars as Philippe Petit, a young dreamer who brings together a band of unlikely recruits to achieve the impossible: a wire walk in the immense void between the World Trade Centre towers. With little more than nerve and blind ambition, Petit and his ragtag crew overcome daunting physical obstacles, betrayals, countless close calls and overwhelming odds to beat the system and execute their mad plan.

This competition has now closed. The winners are Aimee Lane from Harrogate, Sean Noble from London, Bethany Sharp from Birmingham and Keith Samuels from Bristol.