Victor Frankenstein, a classic tale of terror like you’ve never seen before, starring James McAvoy and Daniel Radcliffe, will be released on Blu-ray™ and DVD on 11 April and is available on Digital HD now.

To celebrate this thrilling release, we’ve got Blu-rays™ to give away to four of our Twitter followers! 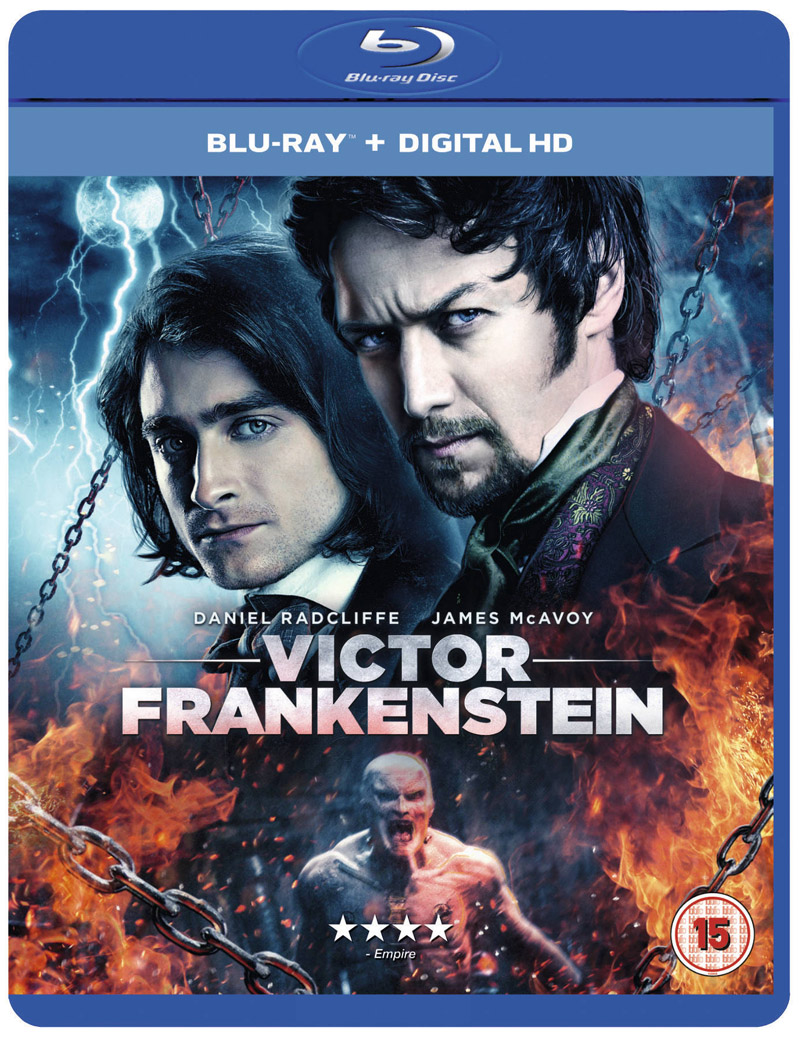 Win! Follow @CultBoxTV and RT for a chance to win one of 4 copies of ‘Victor Frankenstein’ – https://t.co/m0hRp5WwAE pic.twitter.com/Fwe8RUbEBT

James McAvoy (X-Men First Class, X-Men Days of Future Past, upcoming X-Men Apocalypse) and Daniel Radcliffe (the Harry Potter films, Woman in Black, upcoming Now You See Me: The Second Act) star in a dynamic and thrilling twist on a legendary tale.

Radical scientist Victor Frankenstein (McAvoy) and his equally brilliant protégé Igor Strausman (Radcliffe) share a noble vision of aiding humanity through their groundbreaking research into immortality. But Victor’s experiments go too far, and his obsession has horrifying consequences. Only Igor can bring his friend back from the brink of madness and save him from his monstrous creation.

The Blu-ray™/DVD also includes scintillating special features such as deleted scenes, The Making Of Victor Frankenstein and behind-the-scenes galleries.

This competition has now closed. The winners are Stacey Tidball from Liverpool, Brenda Klee from Exeter, Anne Conway from Glasgow and Hilary Smith from Islington.

Entries sent after the closing date will not be considered. Entrants must be aged 15 or over and a resident in the UK. Prize for [4] winners is x1 [Blu-ray™/DVD] of Victor Frankenstein each only. Winners will be selected at random from all correct and valid entries, and the Winners will be contacted using the details submitted upon entry. Winners’ name, address and contact details will be requested for prize fulfilment. Winners’ name, address and contact details may be passed to a third party provider for prize fulfilment. There is no cash or other alternative to the prize stated and the prize is not transferable and no part or parts of the prize may be substituted for other benefits, items or additions. In the unlikely event the prize style has discontinued a similar model to the same value will be provided. The prize will be delivered to the winners within 28 days of confirmation of delivery address. The Editor’s decision is final and binding on the entrants. No correspondence will be entered into.