New comedy While We’re Young is available on Blu-ray, DVD and VOD on Monday 27 July.

To celebrate the release, we’ve got While We’re Young goodies (including a retro phone handset, a cassette notebook and ‘some crappy band’ t-shirt) to give away to three of our Twitter followers! 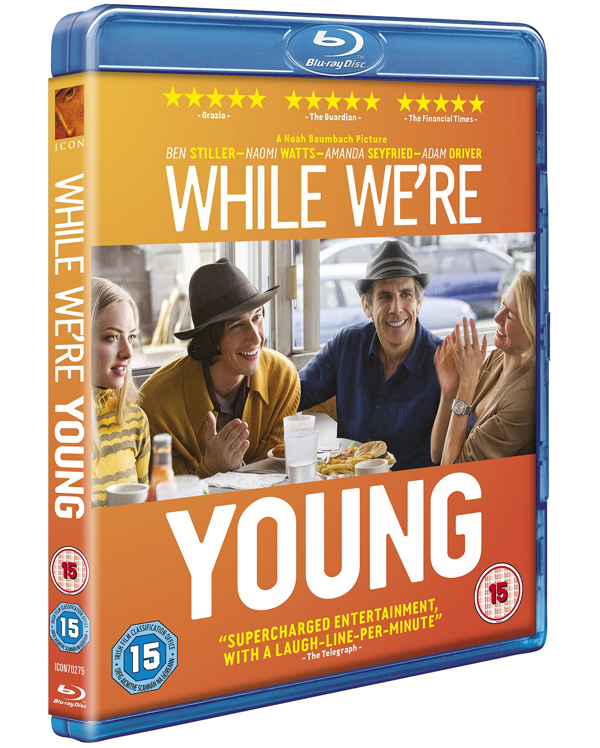 Josh and Cornelia Srebnick (Ben Stiller and Naomi Watts) are a happily married middle-aged couple whose friends are all starting families, leaving them wondering what is missing from their lives. Enter Jamie and Darby (Adam Driver and Amanda Seyfried) a free-spirited young cou­ple, who are spontaneous and untethered, ready to drop everything in pursuit of their next passion.

For Josh, it’s as if a door has opened back to his youth—or a youth he wishes he once had.  It’s not long before the restless forty-somethings throw aside friends their own age to trail after these young hipsters who seem so plugged in, so uninhibited, so Brooklyn cool.

This competition has now closed. The winners are Crystal Williams from Llanelli, Katie Witherington from Poole and Lee Hardy from Sheffield.