Although each Christmas invariably presents a fine array of quality new programming (and Mrs Brown’s Boys), there’s plenty of quality drama and comedy to be found by rummaging through the TV and radio archives.

Here we look at five of our favourites… 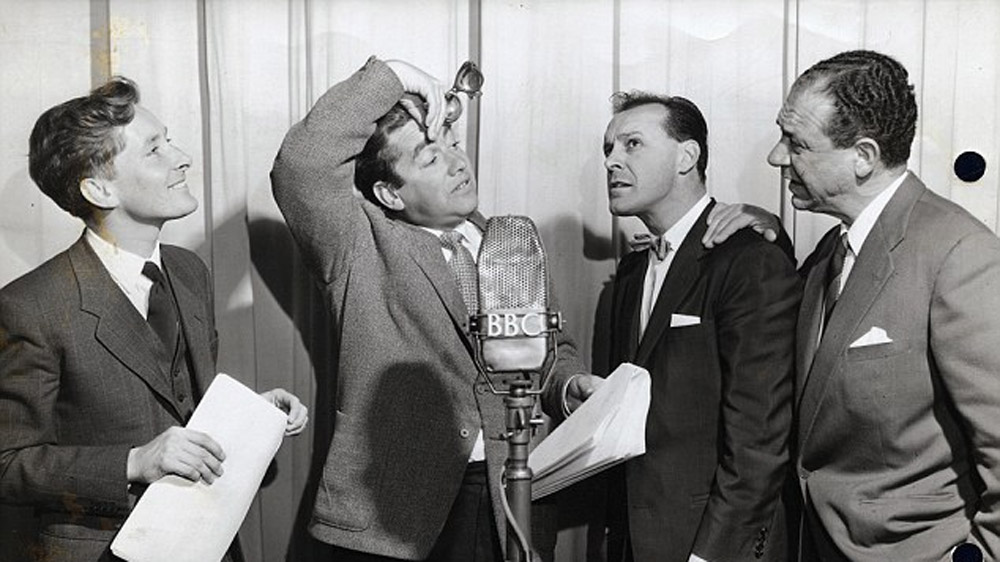 ‘And, when he complained it wasn’t realistic enough, who had to be prised out of the chimney by the fire brigade?’

There are a number of great festive episodes of the Hancock’s Half Hour radio series – not least ‘Hancock’s Happy Christmas’, in which a miserly Tony is compelled by the vicar to play Santa Claus to two local orphans – but the absolute pick of the bunch is the 1958 edition.

At the age of 34, Bill Kerr discovers that there’s no such thing as Father Christmas. Hancock has been dressing up for years in order to maintain the fiction.

When the shock of the discovery regresses Bill to his childhood on an Australian farm, Hancock, Sid James and Griselda Pugh (Hattie Jacques) are forced to recreate a traditional Aussie Christmas – in freezing English temperatures. 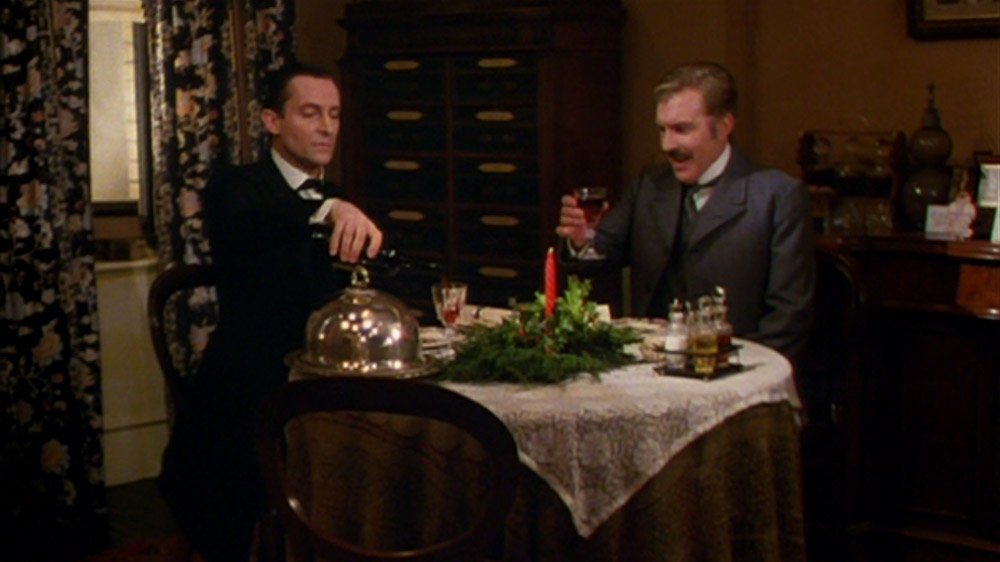 ‘At this season of the year, we must not deprive those we love … or even those to whom we are married.’

Although the Carleton Hobbs radio version has its own charm, the definitive dramatized version of Sir Arthur Conan Doyle’s festive tale is the 1984 Granada production starring Jeremy Brett and David Burke

From the sight of Holmes taking delivery of an unexpected goose whilst in scruffy repose to Watson’s boggle-eyed shock at finding the titular jewel in his friend’s possession at 221B Baker Street, this is about as close to a knockabout Christmas special as Sherlock Holmes ever gets – even though it was first shown in June.

Yet light-hearted doesn’t mean lightweight. This isn’t frothy or without substance. There’s intrigue, jeopardy and a satisfying emotional resolution that the original lacks. The genius of the Granada productions – in the early years at least – was that they could take liberties with Conan Doyle’s work to create a more rounded piece of drama without compromising the spirit of the story.

Bernard and the Genie 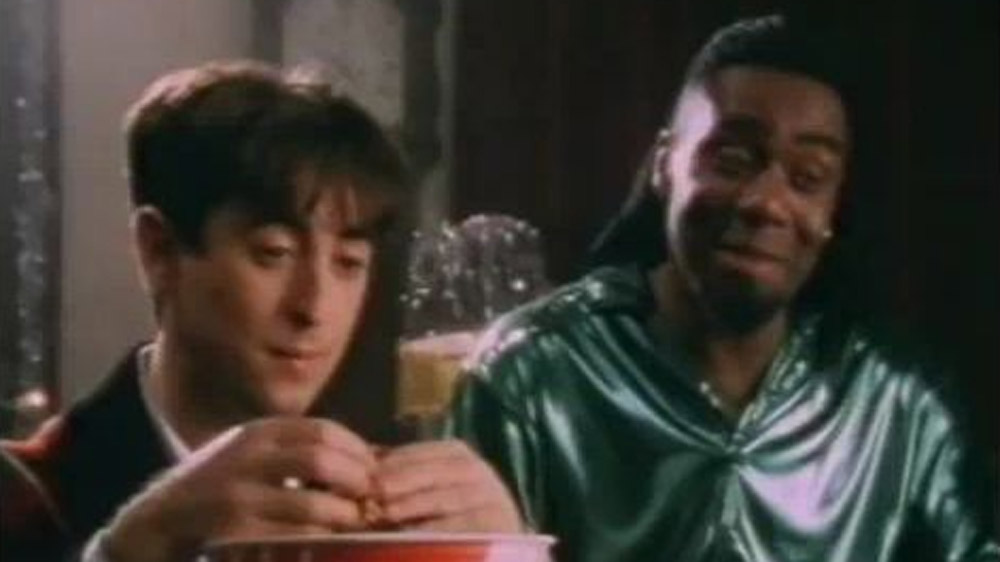 ‘Say the words “I wish” with the caution you would normally reserve for “Please castrate me”.’

Then he inadvertently conjures up a genie (played by a top-of-his-game, peak-of-his-fame Lenny Henry) and things start looking up. But having all your wishes come true is a double-edged sword – particularly when it’s being wielded by a man from first century Palestine who’s been trapped inside a bottle for two thousand years.

With fine supporting turns from Rowan Atkinson as evil art dealer Charles Pinkworth (‘Bugger ye off!’) and Dennis Lill as Frank Keppleworth, the genially mendacious doorman at Bernard’s building (‘Just a few of the lads larking about’), Bernard and the Genie is an agreeable mixture of slapstick farce and dark humour, a warm buddy comedy with some blunt satirical points about consumerism and the true meaning of Christmas.

Buy Bernard and the Genie on DVD on Amazon here. 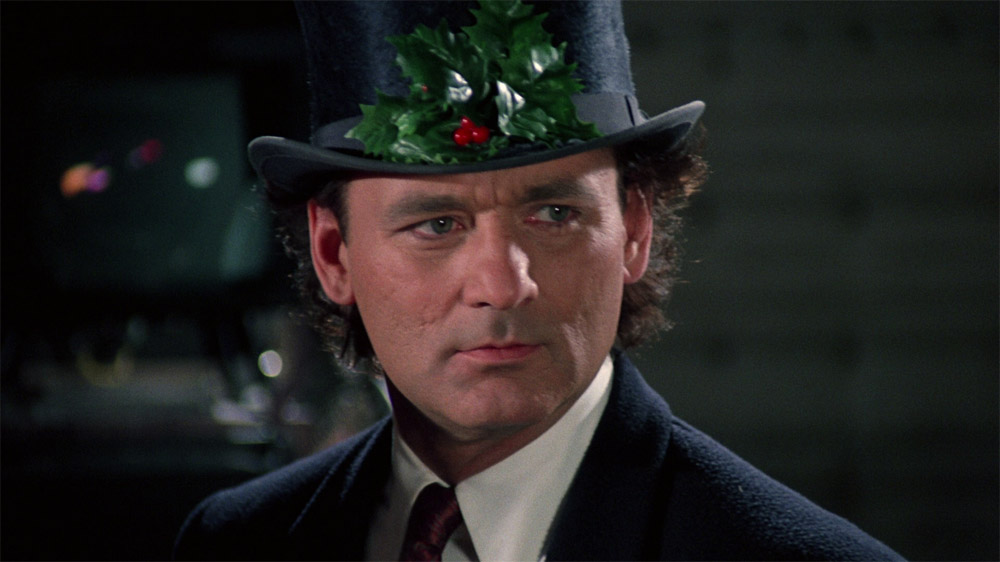 ‘I’m sure Charles Dickens would have wanted to see her nipples.’

You can keep Elf, Die Hard and It’s a Wonderful Life. The best Yuletide film of all time is Richard Donner’s 1988 comic retelling of A Christmas Carol.

Bill Murray stars as Frank Cross, a heartless, high-powered television executive whose only interest in the season of goodwill is the high viewing figures his programmes can achieve with everyone at home watching the box.

Then he receives a supernatural warning that his immortal soul is in danger if he fails to change his ways. This is followed by the visit of three ghosts: Christmas Past, Christmas Present and Christmas Future…

Frank Cross is an even greater distillation of Murray’s prodigious talents than Peter Venkman, blending the customary dry surrealism with an emotional power as thrilling as it is captivating. Cross’s gradual journey from bastard to redemption is wholly convincing and the end of the movie is as poignant as it is satisfying.

If you’re not a sobbing wreck by the time Cross says, ‘Did I forget something, big man?’ to his secretary’s mute son, it may be that your soul is in need of saving.

The Box of Delights 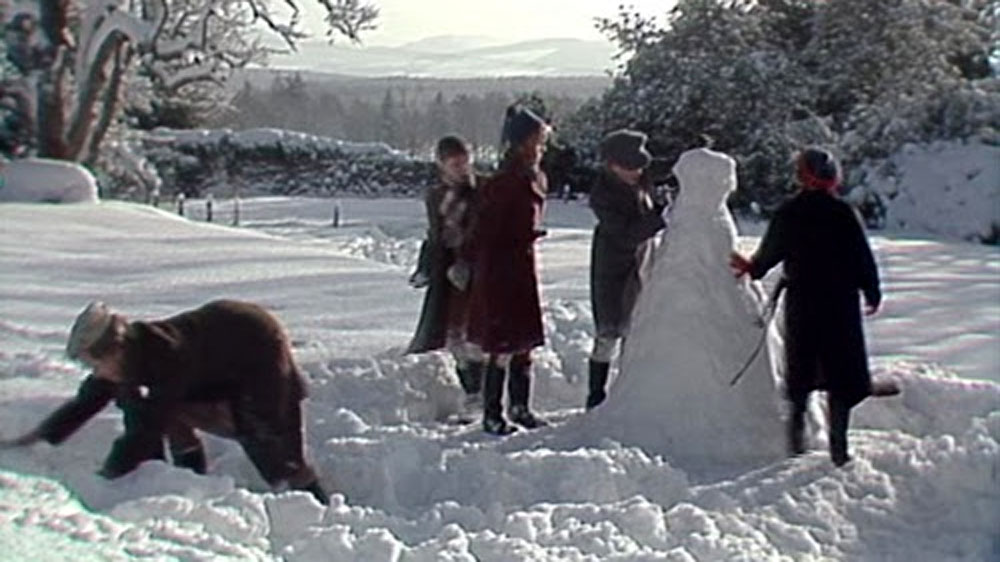 ‘Time and tide and buttered eggs wait for no man.’

If there’s one drama serial that is as integral to the festive season as roast turkey, underwhelming presents and drinking too much, it’s the BBC’s 1984 adaptation of John Masefield’s fantasy novel.

Sure, a few of the performances are pure am-dram-ham, some of the special effects creak like the door of a haunted house and the script contains more holes than a moth-eaten Christmas jumper, but the power of The Box of Delights remains gloriously undimmed. In fact, the ‘flaws’ are as much part of the charm as the use of videotape throughout and the twinkling Radiophonic Workshop incidental music. This isn’t just a period drama from the 1930s; it’s a piece of a period television from the 1980s.

But the story of Kay Harker and the box entrusted to him is far more than a curio from a bygone era of TV production. The power in the storytelling shines through the imperfections to create something rightly acclaimed as a classic: scary in places, funny in others, but captivating throughout.

For best results, start on 19 December and watch an episode a night until Christmas Eve – preferably washed down with a hot posset.

Buy The Box of Delights on DVD on Amazon here.

What are your all-time Christmas favourites? Let us know below…