Five years ago Charlie Brooker unleashed the dystopian future-tech world of Black Mirror onto our the screens.

With no new episodes since Christmas 2014, the anthology series has jumped ship from Channel 4 to the international streaming shores (and bigger budgets) of Netflix. As we prepare to have our minds blown by six brand new episodes this Friday, we thought it would be a good opportunity to rank the original seven episodes.

As a side note, it’s worth mentioning that for this writer there are no ‘bad’ episodes of Black Mirror – many of the episodes could have shared joint positions and this should be seen as an order of preference rather than a list from worst to best. And believe me, even that was hard enough… 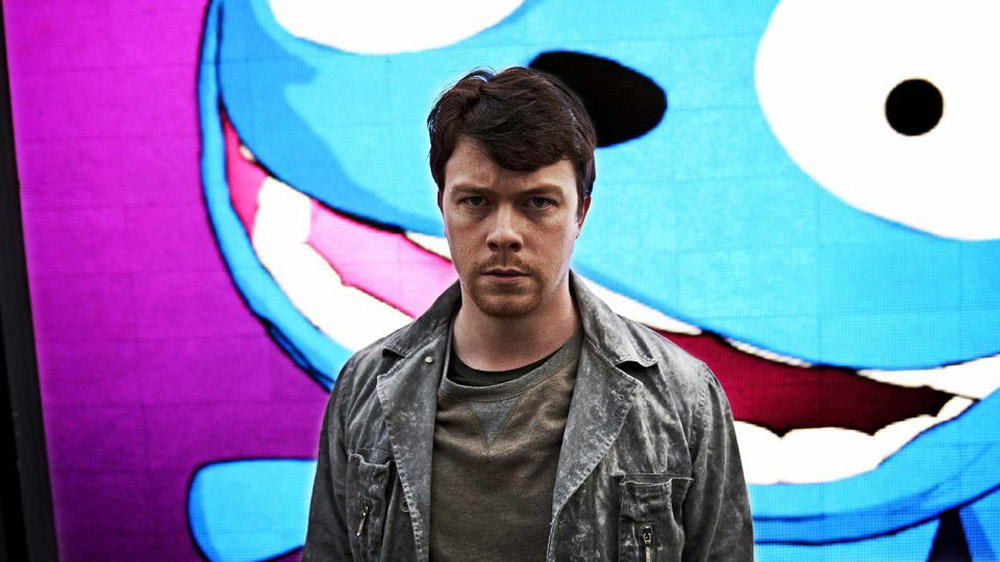 “What are you? An old attitude with new hair assuming you’re my superior”

When this episode aired in 2013, British politics and politicians were already a divisive bunch – the Liberal Democrats had broken their promise not to raise university tuition fees in order to form the coalition government, claymation northerner Wallace was leading the Labour Party minus his trusty companion Gromit and, perhaps worst of all, George Osborne raised the tax on our beloved pasties.

So it was no surprise that Brooker chose to use a second season as an opportunity to explore political spin for a second time.

Students and the less elite general public lap up Waldo’s sweary, erection obsessed, unrehearsed jokey remarks.  When Monroe attempts to point out that Jamie is a failed comedian being fed what to say by his employers, Waldo bites back: “All the other MPs have got teams around them but we’re just more honest about it”.

Ultimately, Brooker shows that political parties cannot outdo the vast piles of cash that broadcasters have at their disposal, or rather how the Murdochs of this world influence our political system. ‘The Waldo Moment’ may not be as cutting or incisive as other episodes but should be applauded for the prescient look at 2016’s politics of ‘characters’ and buffoons.

Easter egg: Brooker initially came up with the idea of an animated MP with Chris Morris when they worked together on Nathan Barley. 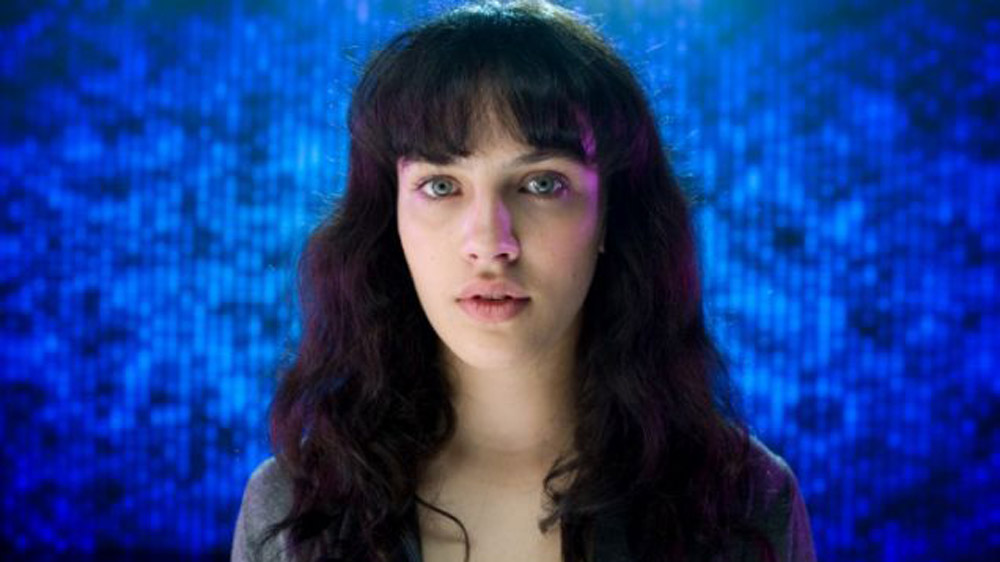 It is only with hindsight that the second episode of the first season was the first that fully embraced Brooker’s techno-dystopia and arguably helped to label the programme as being one focused on new technologies. As any hardcore Black Mirror fan will tell you, the series is far more nuanced than that and ’15 Million Merits’ is a good example.

Daniel Kaluuya plays Bing, one of many cyclists on exercise bikes powering his surroundings and presumably the wider world in order to obtain Merits. They’re the currency of his world, used to buy food (look out for the vending machine’s Amazon-like suggestion of “people who liked apples also liked pears”), purchase upgrades for their virtual avatars and to skip annoying adverts that the inhabitants are forced to watch in their screen-lined home cubicles.

Whilst writing a weekly TV column for The Guardian, Brooker was renowned for his scathing remarks about reality television and with Dead Set he has previous form in exploring the genre. The inclusion of a reality star entering pornography, as a number of Big Brother contestants have done, highlights the real world desperation for fame, spurred on by a country wanting to watch rising stars for twelve weeks but not interested in the rest of their careers.

Bing becomes a pseudo-Brooker in this sense, forcing his way on to the Hot Shots stage with a shard of glass to his throat to deliver a blistering diatribe on the unimportance of fame. But depressingly even Bing isn’t insusceptible to the lure of a spotlight and ends up taking the chance to leave his cubicle and host his own twice-weekly half hour stream.

Easter egg: Abi appears on a city billboard in ‘The Waldo Moment’ and Hot Shots is being watched by Potter when he’s channel hopping in ‘White Christmas’. 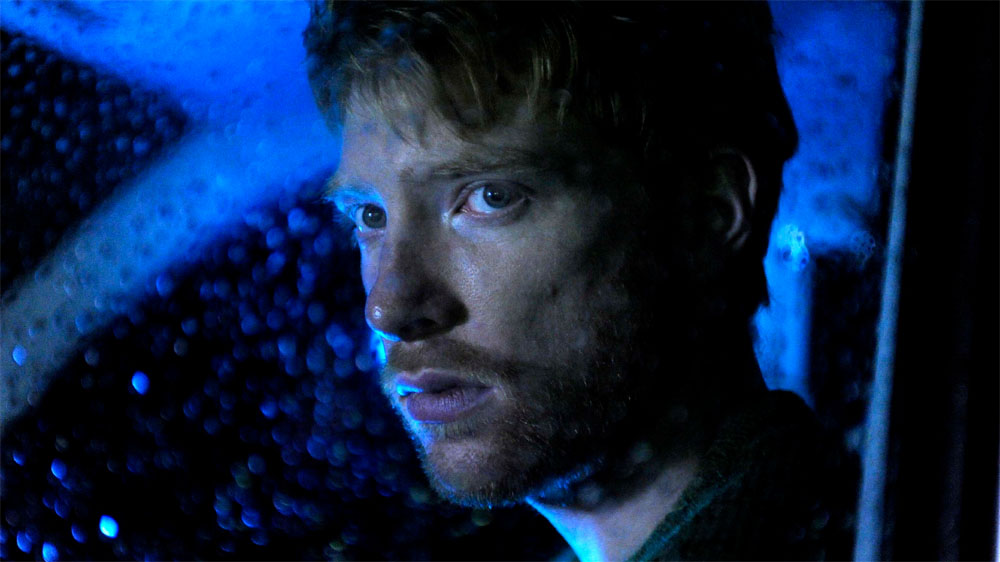 “I’m in the Cloud, you don’t have to worry about breaking me.”

The start of Season 2 brought with it a hauntingly beautiful portrayal of grief. Hayley Atwell’s Martha has just moved into a remote cottage with long term boyfriend Ash, a social media addict, when their short period of bliss is shattered as he’s killed returning the hired moving van.

The Feels are notched up a gear with Martha soon discovering she’s pregnant.  Martha’s friend signs her up to a beta service that simulates a virtual Ash replica based on his online persona. Struggling with grief, Martha uploads photos and videos of Ash to the service and she is soon chatting to ‘him’ almost constantly. She upgrades the service further by purchasing a synthetic body that takes on Ash’s physical form, something that Martha at first embraces but soon becomes frustrated with.

‘Be Right Back’ is certainly the most emotionally charged of the seven episodes and it is easy to imagine that if (when?) a service like this became available in the real world that business would be booming very quickly. However, much like some people grow frustrated with a new partner not living up to the rose-tinted view of an ex, Martha longs for the real Ash and a synthetic substitute is never enough.

Although Domhnall Gleeson is great as Ash, this is really Hayley Atwell’s episode and it is no surprise she very quickly went on to bag herself some prime Hollywood roles.  Special mention should also go to the sublime direction of Owen Harris for creating a beautiful episode to watch.

Easter egg: Martha’s pregnancy test, whilst not identical, uses the same animation as the one in ‘White Christmas’.