Christopher Lee, who has died aged 93, was so synonymous with scary movies that he was known as the Master of Horror.

Yet despite seven turns as Dracula (most notably in the titular 1958 classic) and countless other chilling performances, Lee’s talents and interests extended not only beyond the genre but beyond the medium.

In addition to an instinctive and commanding gift for acting, he was an accomplished musician, linguist and writer. But it is his achievements in cinema for which he will be most fondly remembered. 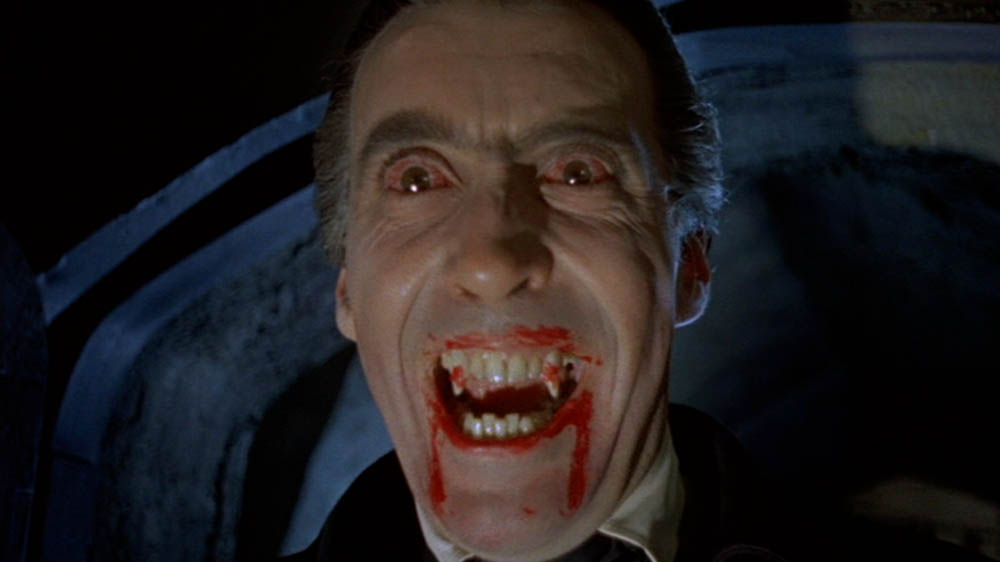 Born in London and educated at Summer Fields School, Oxford (where Patrick MacNee was a classmate) and Wellington College, Berkshire, Lee served in the RAF and the army during World War II before turning to the performing arts on the advice of his cousin, Nicolò Carandini, later the Italian Ambassador to Britain.

He made his film debut in Corridor of Mirrors in 1947 and got his big break ten years later when he starred alongside Peter Cushing in the Hammer Films production, The Curse of Frankenstein.

It was the beginning of a lifelong friendship between the two men, and the first of 22 appearances together for Hammer. Despite their close relationship, they were usually cast as adversaries – although perhaps their greatest film for the company, The Hound of the Baskervilles (1959), saw them on the same side, Lee playing Sir Henry Baskerville to Cushing’s Sherlock Holmes. 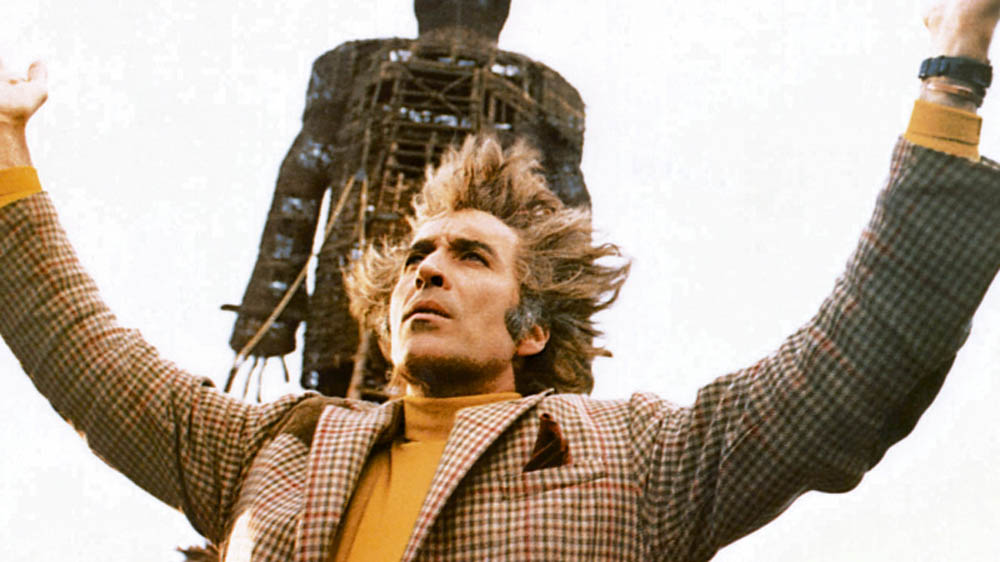 Both Lee and Hammer were tiring of their formulaic approach to filmmaking by the early 1970s, although the actor’s interest in horror lingered long enough for him to appear in The Wicker Man (1973). The budget was so small that Lee volunteered not to receive a fee and internal wrangling at British Lion Films meant the cult paganism thriller was poorly promoted.

‘This is the best film I’ve done!’ Lee protested – and he was right. The Wicker Man outstripped its B-movie beginnings and is now regarded as a classic.

The following year, Lee created one of the most mimicked and memorable Bond villains of all time when he starred opposite Roger Moore in The Man with the Golden Gun as Scaramanga. 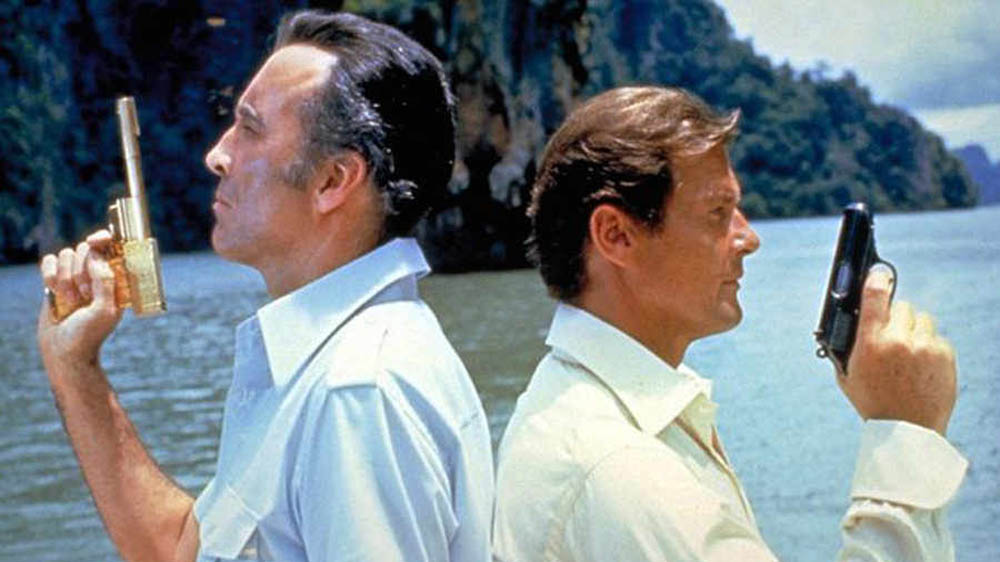 Fearful of typecasting, he moved to America in 1977 and acted prolifically throughout the next two decades, working with Steven Spielberg and Tim Burton, appearing in Gremlins 2 and Police Academy: Mission to Moscow, and controversially taking the part of Muhammad Ali Jinnah, founder of Pakistan, in the 1998 biopic Jinnah. It was another role of which he was immensely and justifiably proud.

Despite the approach of his 80th birthday, the early years of the new millennium saw Lee (now Sir Christopher after being knighted in 1997) appear in two of the most blockbusting franchises of all time. His role as the corrupt wizard Saruman in Peter Jackson’s Lord of the Rings trilogy was followed by two appearances as Count Dooku in the Star Wars saga. 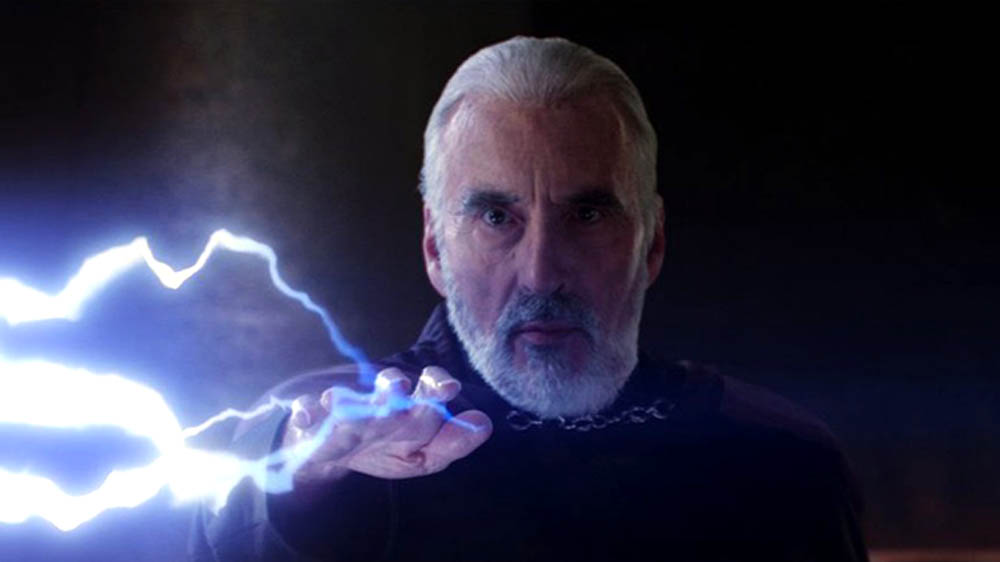 Lee had personal connections to both series: a huge fan of J.R.R. Tolkein, he was the only member of the cast and crew of Lord of the Rings to have met the author, while his dear – and sadly now late – friend Peter Cushing had appeared in the first Star Wars film 25 years earlier.

Lee reprised Saruman for the first and third of Peter Jackson’s Hobbit films in 2011 and 2014 respectively. The former year also saw him made a Commander of the Order of Arts and Letters by the French government and a member of the Academy Fellowship by BAFTA.

His speech at the awards ceremony for the latter was poignant and funny. ‘This is a truly great honour,’ Lee said. ‘It’s a very emotional moment for me. I’m thankful that I don’t follow in the steps of the great Stanley Kubrick, whose award was posthumous.’

He is survived by his wife of 54 years, Birgit ‘Gitte’ Lee, and their daughter Christina.