At last, espionage drama The Game is about to air on British shores.

Like so much spy intelligence, it has passed through American hands first, premiering on BBC America last November. Doctor Who writer Toby Whithouse’s first original drama series since Being Human was largely well-received by what the show calls ‘the cousins’ when it aired in the US, but what will we Brits make of it?

Across the pond the word ‘stylish’ was bandied about aplenty. The Game certainly is that, especially if you enjoyed looking at Tomas Alfredson’s 2011 take on John Le Carré’s Tinker, Tailor, Soldier, Spy.

Just as in that film, the colour palette is one of top-rank Cold War despair: half-smoked cigarettes, leather armchairs, and good scotch sloshed liberally about the meeting room. There are grimy flats, nicotine-stained offices and plenty of beige furniture. Impressively, it manages to be eye-catching and sterile all at once, like a good chair covered by a shiny plastic sheet. 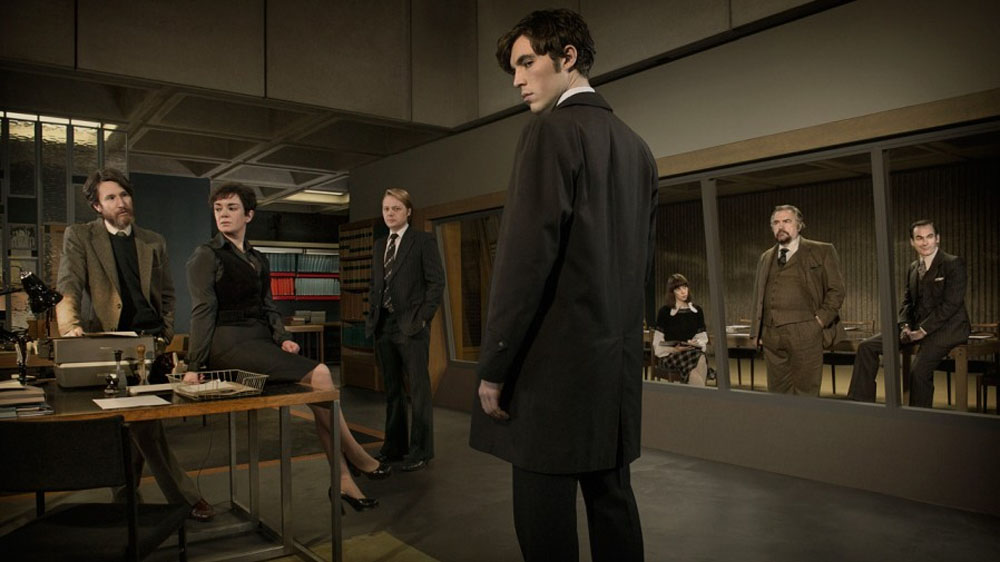 It’s tinkered and tailored to resemble Le Carré in its execution as well as its aesthetics (just as in the novel, there’s a mole at the top of The Circus), but it’s sexier and more spunky, thanks to a cast who are largely playing people who are sexy and/or spunky. Tom Hughes is tight with intensity as Joe Lambe, a spy with anachronistically good hair and a past that may jeopardise his future and that of the safety of the realm.

In counterpoint to Lambe and the otherwise restrained establishment of whisky-breath mutterings, Bobby Waterhouse (Paul Ritter) steals attention as a one-foot-out-the-closet spy in a submissive relationship with his mother and with eyes on the top job.

That top job is occupied by Brian Cox, the M/Control/Colonel K of MI5, codenamed ‘Daddy’. Appropriate, as Cox gives a fatherly performance to the rag-tag group sat around his meeting table.

Whithouse’s script is taut enough to garrotte someone with, but unusually for him the dialogue occasionally slips into clunky exposition. Never more so than the half-way point of the hour, when ‘Daddy’ essentially reads the character notes for the audience’s benefit and Sarah Montag (Victoria Hamilton) sums up the thrust of the plot in one easily-edited-for-trailers speech. It’s one of a couple of stumbling moments in an hour that otherwise smoulders effectively, never quite exploding. 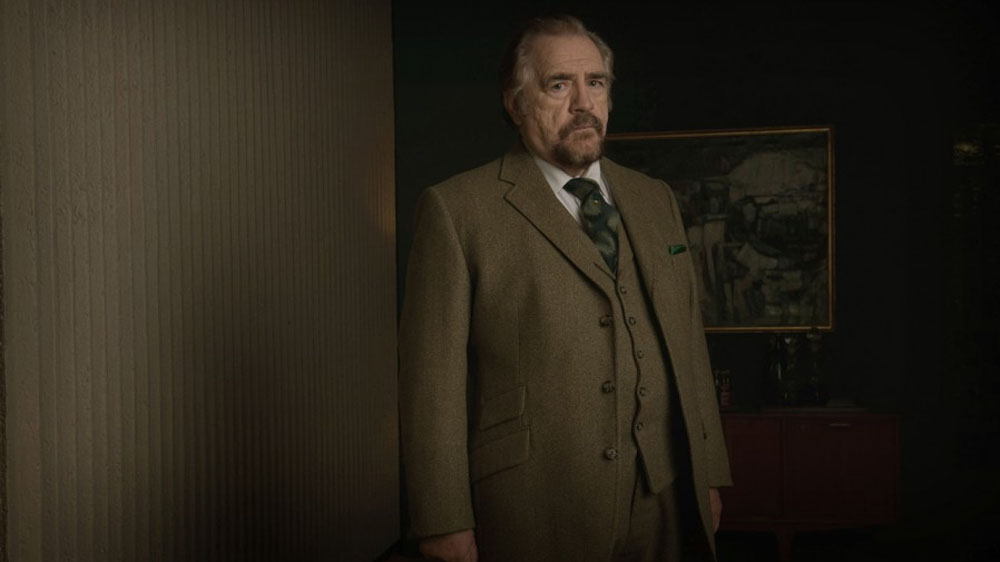 Spy dramas fall into the categories of action-packed or desk-bound, and based solely on Episode 1 this isn’t a show for those who want the adrenal glamour of Bond, or Spooks in shades of beige. This is cerebral, paperwork and shoe-leather espionage, proper spying: the kind of spying accompanied by a soundtrack that reminds you of a jazz quartet trying to follow you at a discreet distance.

It’s a compliment to say that it dramatises the dullness as well as the dangers of spying. Life at MI5 is a thankless grind, keeping you on your toes with the occasional drawn gun and sinister red strands of Communist apple peel. The Game has an old school pace and a 21st century sheen.

It won’t be for all, but if you’ve got a bit of patience and long for the days of Smiley’s People, The Game could turn out to be worthy of your observation.

The Game begins at 9pm on Thursday 30 April on BBC Two.

Are you looking forward to The Game? Let us know below…