Before becoming known to a wider audience on The IT Crowd, Richard Ayoade and Matt Berry made their first television appearances in the brilliant Garth Marenghi’s Darkplace, a pastiche of low-budget ‘80s horror.

A second season of Darkplace was discussed but sadly never commissioned, following low viewing figures and concern from Channel 4 bosses as to whether people were really ‘getting it’. 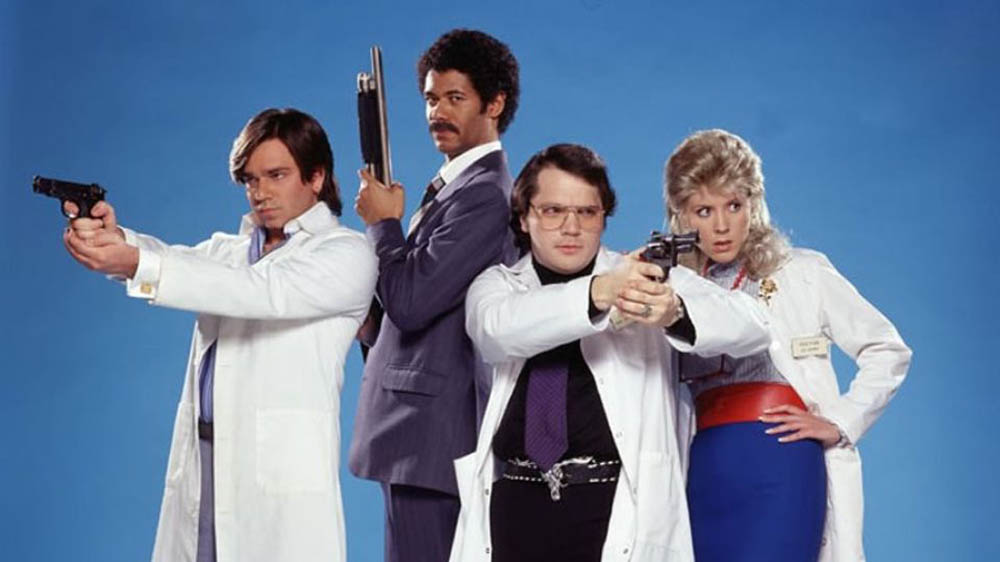 Less than a year later, Ayoade and Berry joined forces to create something even more niche (and arguably just as brilliant) for BBC Three – AD/BC: A Rock Opera.

Despite featuring a cast who are now much more recognisable than they were back then, the one-off, half-hour comedy special has never been repeated by the BBC since its initial broadcast in 2004, and it seems to have slipped under the radar of even the most ardent comedy fans.

What Ayoade and Berry created for BBC Three was a parody of the religious-themed musicals (or more specifically ‘rock operas’) that were popular in the early 1970s such as Jesus Christ Superstar and Joseph.

As such, AD/BC is packed with the staples of this genre: ‘70s fashion and slang in contrast with the 1BC setting, absurdly high vocal notes being held for far too long, mundane lines being dramatically belted out rather than spoken, and of course plenty of poor dubbing and shaky camerawork.

It’s 1978 and composer Tim Wynde (Matt Berry) introduces us to a broadcast of AD/BC, a rock opera he wrote (and starred in) about the birth of Jesus, which has been recorded for television confined to a single studio with an obviously low budget. 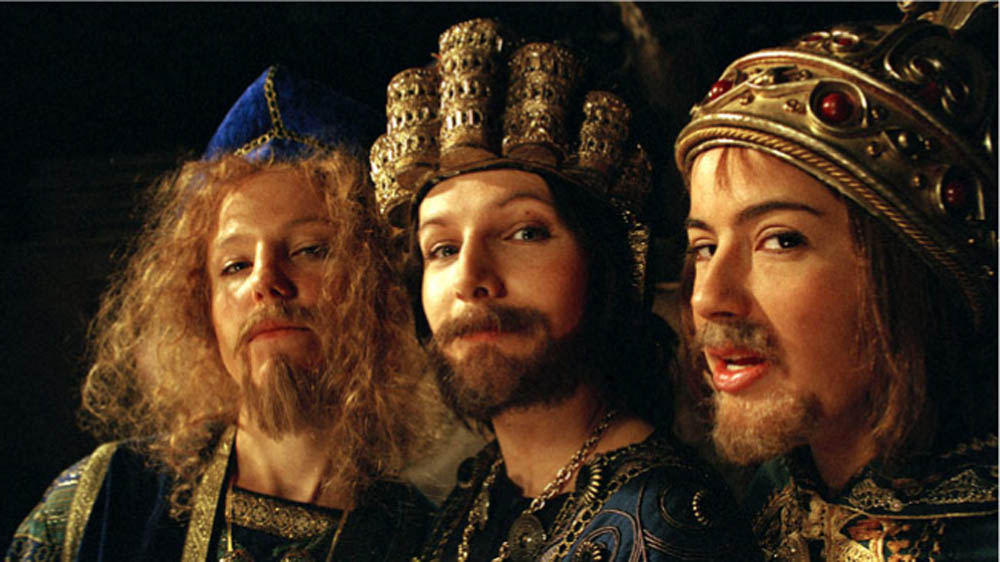 Wynde’s version of the nativity story (which he so modestly refers to as “the greatest story never told”) happens from the viewpoint of the Innkeeper who gives shelter to Mary and Joseph, and naturally this hitherto unexplored character has his own problems to deal with before the couple arrive on his doorstep.

The Innkeeper’s business is struggling, his wife is on the verge of leaving him, and he owes money to rival hotel owner Tony Iscariot “whose son went on to even greater infamy, but I guess that’s another story”.

In addition to writing AD/BC (and also directing it, in Ayoade’s case), Matt Berry and Richard Ayoade star as the Innkeeper and Joseph respectively.

The other two leading roles are taken by Julian Barratt (The Mighty Boosh) as Tony Iscariot and Julia Davis (Nighty Night) as Ruth, the Innkeeper’s wife.

There are some very enjoyable performances in AD/BC; particularly Julian Barratt having a lot of fun playing the slimy villain, leering and prancing around in a very short tunic.

Matt Berry’s voice is suited to this over-the-top style of music, and Richard Ayoade’s vocals are surprisingly impressive too. When I first watched AD/BC a few years ago, I assumed for some reason that his voice had been dubbed, but I’ve found no evidence that it’s anything other than his real voice.

Like any good ‘bad’ musical, there are plenty of hilariously terrible lyrics. One standout song involves Julia Davis lamenting “being an innkeeper’s wife, it cuts like a knife, it’s hardly a life at all” while Matt Berry screeches phrases like “I’m blind!” and “I’m doing what my mama taught me!” in the background.

And naturally there are some great reminders of the 70s, such as the birth of Jesus being described as “a groovy scene” and people shrieking “get ooouuutttttt!” at the highest pitch possible. ­­­­

AD/BC was broadcast in December 2004 and wasn’t released on DVD until almost three years later. 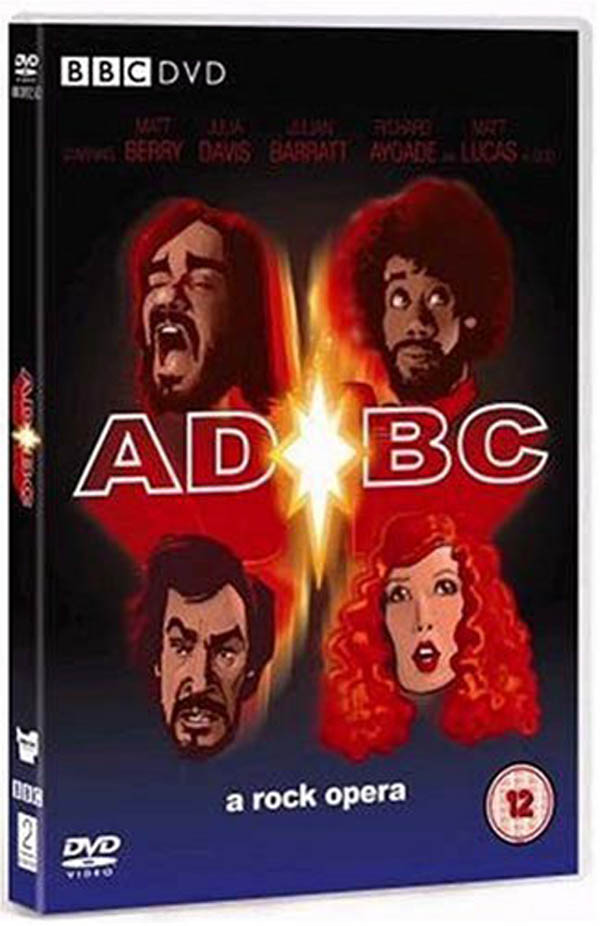 Unlike Garth Marenghi’s Darkplace, AD/BC has not been shown on television since its original broadcast and has failed to gain the sort of cult following that its predecessor has acquired in more recent years. But hey, Matt Berry is still performing ‘The Innkeeper’s Song’ live with his band The Maypoles!

Do you remember AD/BC: A Rock Opera? Let us know below…