Back in 2005, when just the idea of there being new episodes of Doctor Who on the telly box felt like Christmas had come early, ‘The Unquiet Dead’ marked Christopher Eccleston’s third outing as the Ninth Doctor, and his first tale set in Earth’s past.

It bestowed upon us wishes of a merry springtime and a happy rest of the year: though its first broadcast was in April of 2005, it is as close as we got to a Christmas special from the Ninth Doctor.

While not billed as a Christmas special as such, ‘The Unquiet Dead’ nonetheless definitely takes place at Christmas time, and is so filled with the kind of quaint, Dickensian holiday imagery we associate with the prototypical Christmas that it’s literally Dickensian: good ol’ Charles himself appears among the supporting cast, and is seen reading a passage from, appropriately, A Christmas Carol.

There’s something oddly cozy about the juxtaposition of a ghost story among softly snow-dusted lamp-lit streets, corsets, and carriages, and this one certainly delivers ghosts, albeit with a typically Doctor Who twist: they’re not really ghosts at all, they’re aliens from outer space! 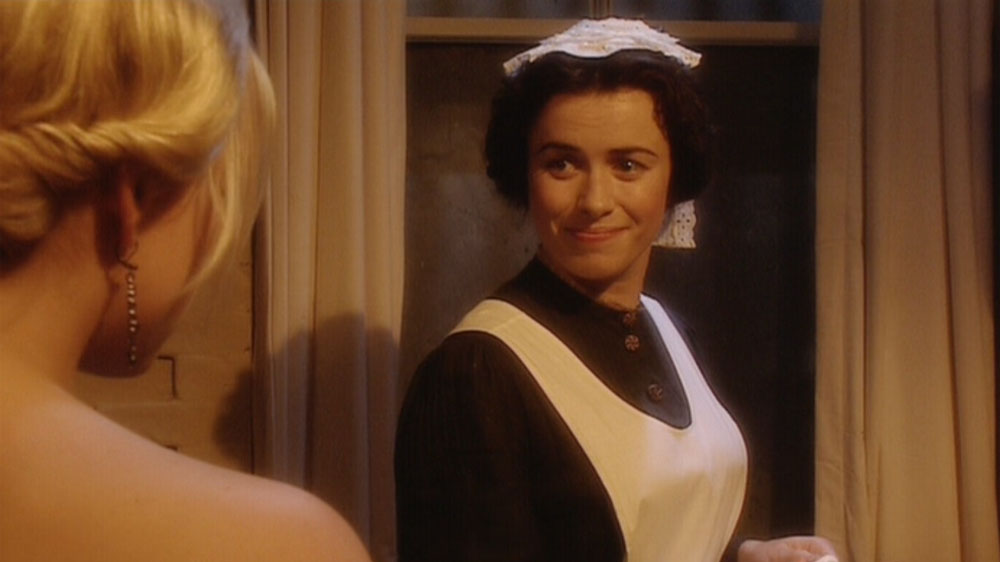 But, in his first story for the show, Sherlock writer Mark Gatiss makes wonderful use of that Victorian obsession with the creepier side of the spirituality of death: it’s set in and around a funeral parlour in Cardiff (which, in spite of being set in Cardiff for once, was filmed largely in Swansea, go figure) and chock full of dearly departed grannies haunting the theatre, spooky conversations with otherworldly beings, and almost-but-not-yet Gwen out of Torchwood having a giggle with Rose. Fun!

It may not be part of the official Doctor Who Christmas specials DVD box set, but as a wonderful wintery ghost story, and Eccleston’s nearest to a festive episode, it’s certainly worth including in any Christmas bingewatch schedule.

Buy the Christmas specials box set on DVD on Amazon.

Buy the Christmas specials box set on Blu-ray on Amazon.

What’s your favourite moment in ‘The Unquiet Dead’? Let us know below…