Season 2’s ninth episode, ‘Lady of the Lake’, is at number nine in our list of the Top 10 Merlin episodes.

This episode was one of extreme rarity; Merlin finds love!

The main adventure was the arrival of a mysterious girl, Freya, who had been captured by villainous bounty hunter, Heilig. His brutal ways led to innocent, young Druid girl, Freya to be locked in a cage. But, in true Merlin style, nothing was quite as it seemed…

When Merlin walks past a freezing girl trapped in a cage when the rain is pouring down, how could he resist helping? So, when the night draws on and most people are asleep, our brave hero goes back to the Druid girl and releases her; typically causing all sorts of trouble! When they successfully escape to a small enclosed area beneath the castle, Merlin attempts to reassure this Druid girl that he means no harm.

Something that I am sure got us all in that moment were a few simple words, “It could have been me in that cage.” Something else that almost certainly got us all was the realisation that this was an episode that Merlin was not afraid to show himself in; something he never has the opportunity to do.

The next morning is instantly more light-hearted. Obviously, sneaking food away for Freya would not be easy; especially when it comes to Arthur! It must have been hard for the Crown Prince to see that all he had was an apple and slice of bread for his breakfast instead of meats and cheeses! Of course in this moment, Merlin became his regular clumsy and lovable self. *Cue all Merthur shippers rising from the deep* It is hard to watch how Arthur cannot fathom the idea that is manservant/friend is ‘taking care of him’ when he say he wants “to keep him in shape”. However, it is also rather hilarious!

Tensions begin to rise for Merlin as Heilig is constantly searching for Freya; his precious cargo. The stop-and-search halts Merlin’s progress to Freya and makes the young warlock panic; did a certain bounty hunter see a certain sorcerer’s face? Thankfully not, it seemed. Well, until Heilig did a double take…

When Merlin sees Freya then, it is quite clear that she sees no beauty in magic and is scared. So, Merlin helps her to see the beauty he can see. He levitates three simple candle flames; it seems to prove that despite all that she is going through, there is hope in the darkness Freya seems trapped within. Merlin’s attempt to give Freya comfort is so heart-warming; it just attacks those feels because we know what happens in Merlin, it doesn’t tend to last.

More comedy was then thrust upon us; more thievery of Arthur’s food! Once again, our young warlock is at it! Poor Arthur believes that he is going completely mad when his food begins to go missing. Of course, innocent faced Merlin has nothing to do with it…! But then it all goes pear-shaped when a certain bounty hunter catches him heading away from the castle with food hidden within a jug.

It was at the moment when we see Merlin being dragged into the cells that our hearts began racing. What exactly was going to happen to our beloved Merlin? Heilig was clearly annoyed that he was missing the one thing that could earn him an awful lot of money. The look of genuine fear on Merlin’s face concerned us all, especially when he was held down by guards and Heilig was getting ready to torture the poor young man before him.

THANK GOODNESS FOR ARTHUR. Although, Merlin may not have been as grateful afterwards when Arthur discovers exactly where his food disappeared to.

Then it all seems to go down the drain; wouldn’t be Merlin if it didn’t! After the completely adorable moment between Merlin and Freya and the beautiful description of her home, “tallest mountains… wildflowers… light… like heaven.” and the sweet exchange of words between the two “I have never known anyone like you”, the tolling of the midnight bells and then the focus on Freya is a clearly signal of impending doom. After that, two people are murdered by something hidden within the shadows. Coincidence?! 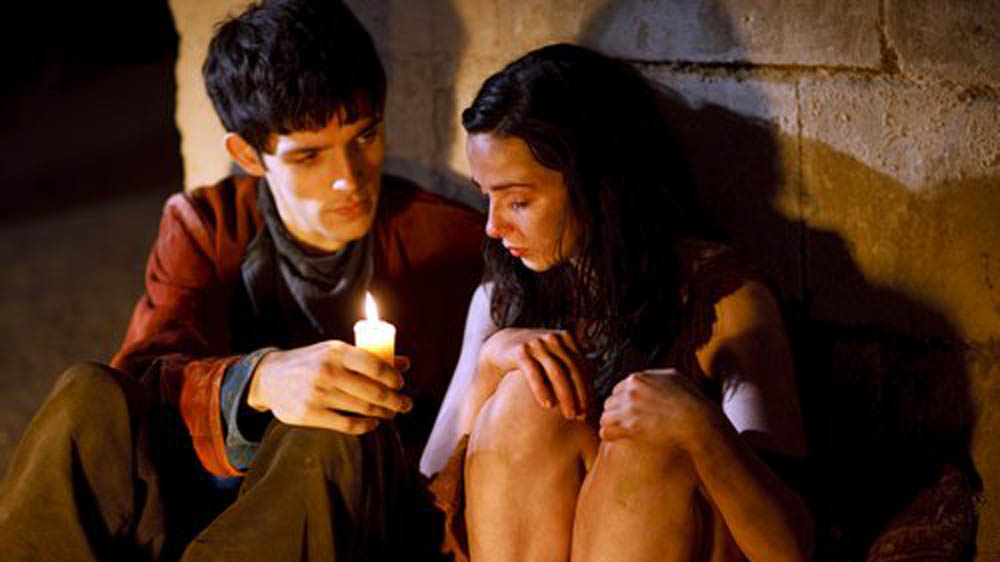 Later on in the episode, the discussion of Merlin and Freya’s future together is almost too much to bear. Their plan to merge their previous lives together is one that we all know cannot happen. Merlin has a destiny to fulfil and Freya is cursed for eternity; it cannot work out. Instead, it just messes with our feelings. Just like when Merlin successfully steals a dress, despite the strange looks from both Arthur and Gwen and passing guards, and Freya becomes very down-hearted.

When Freya, knowing that Merlin cannot come with her, says her silent goodbye and leaves whilst he gathers the supplies the two of them would need, it confirms just how the episode would end. Something bad would happen to her and her and Merlin would not be able to be together. When he goes back for her and sees she is not there, his face just makes us all want to cry. It is horrible to see one of our babies upset!

The knowledge of Freya’s fate for Merlin, that she is forever cursed, is crushing to him; evident when Gaius consoles him as he lays upon his bed. Slightly reminds me of a dramatic Disney Princess! But when the bells begin to toll once more, it is obvious to Merlin why. Poor Freya tried to escape on her own but consequently ended up transforming in front of everyone.

Luckily for her, Freya was able to kill Heilig so he was no longer an issue but that no longer mattered to her. Her main aim was to escape Camelot where she could not harm anyone; this was made harder when she was injured. In the courtyard, it was certainly a moment that tugged at the heartstrings. One look from Freya to Merlin stopped her actions and it was as if she was ready to accept death. Merlin was very different in his view.

After saving her, he helped her by dressing her in that dress and taking her to the place they had both dreamt of; a place with mountains, wildflowers and a lake. This is where the gross sobbing arrives… 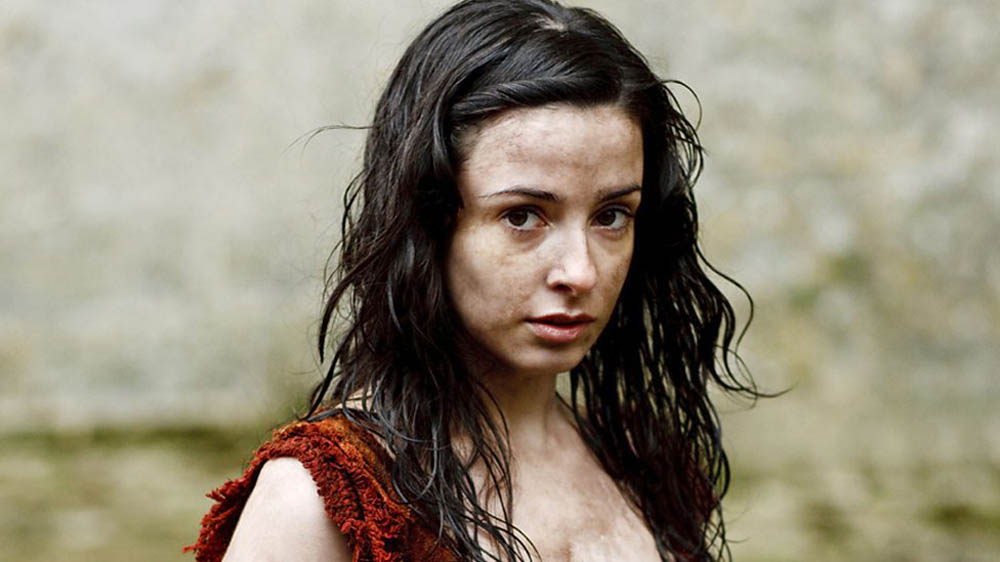 Merlin’s desperation to keep Freya alive is almost too much to watch. He tried to save her but feels as if he has failed; she should be living, not dying. Their last exchange definitely brought out the tears. Anyone who was not grossly sobbing at this point has no heart. Freya’s words, “You made me feel loved.” were almost my undoing.

However, this did not compare to Merlin’s words, “I don’t want you to go.” Remind you of something? A certain finale moment? Me too…

Freya’s send-off was absolutely beautiful. Surrounded by nature and treated with nothing but love and respect. We could expect nothing less from our Merlin.

The end was lightened up a bit from the exchange between Merlin and Arthur. Though he would not admit it at this point, Arthur does care a great deal for Merlin. He is after all his friend and almost brother. The consideration of ensuring Merlin is alright and making him smile was a lovely way to finish the episode. It gave a sense that everything was back to normal.

Overall, this episode was one that we never saw the like of again. It seemed that after this, Merlin closed himself off from any idea of love and affection for another. He seemed to accept that he had a destiny and placed his focus into that; ensuring Arthur’s safety and helping Camelot to prosper. I am sure, however, he learnt some things from his time with Freya. Kindness and compassion to someone who has seen very little of it in their lives means a great deal; it can help save them no matter what comes of them in their lifetime.

Merlin saved Freya from fear; fear of others, and fear of herself.

What’s your favourite moment in the episode? Let us know below…